A long-time user of Martin Audio PA systems, Norwegian based AudioLight AS has made a major investment in the manufacturer’s new generation products, purchasing a package that includes 32-box WPC PA, along with 12 x SXH218 subwoofers and 16 x XE 300 monitors, all powered by Martin Audio iKON iK42 amplifiers. Located in Harstad, AudioLight has been a supplier of sound, lighting and staging, for small and large events across the northern part of the country for over 15 years.

The order was placed with Martin Audio distributors, Atendi AS on the opening day of the ISE Show in Amsterdam, and fulfilled by Head of Sound, Øystein Wierli. 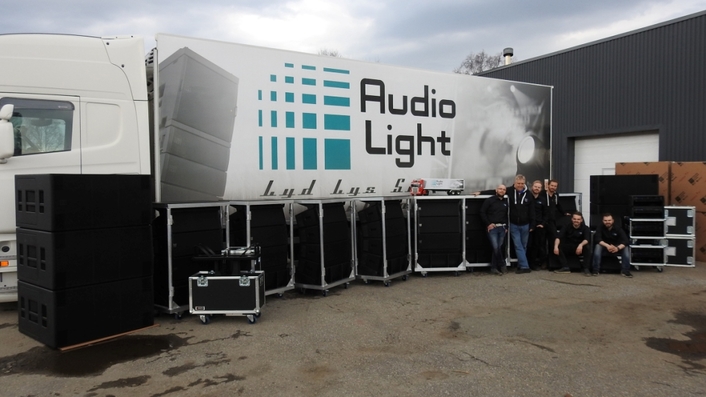 AudioLight was set up in 2003 by Thomas Nordvik Olsen and Rudi Brevik, mostly to cover gigs which they staged themselves. But the company quickly developed, securing more work for other live sound and lighting events, and today has four full time employees and up to 10 freelancers. The company invested in Martin Audio from the outset, following up a Blackline PA order—supplied by Wierli in his previous company—with LE1200 monitors. Some years later AudioLight acquired a W8LC rig and early in 2015 they invested in an MLA Mini followed by CDD-LIVE! as they looked to the next generations of Martin Audio products.

After fulfilling last year’s festival season, they decided they needed a bigger PA and approached Atendi. “First we talked about buying more W8LC but decided we wanted a bigger system that we could split in two smaller set-ups,” said Olsen. “So we started to look at what the market could offer, and after getting offers from all the major PA manufacturers we decided that Martin Audio still had the best system for our needs.”

Specifically they wanted a 3-way enclosure, with 10" low-mid drivers which would make it smaller and easier to rig and store than their W8LC. “We also wanted a system with a lot of DSP so we could have a separate amp channel and DSP, especially on the subs.” 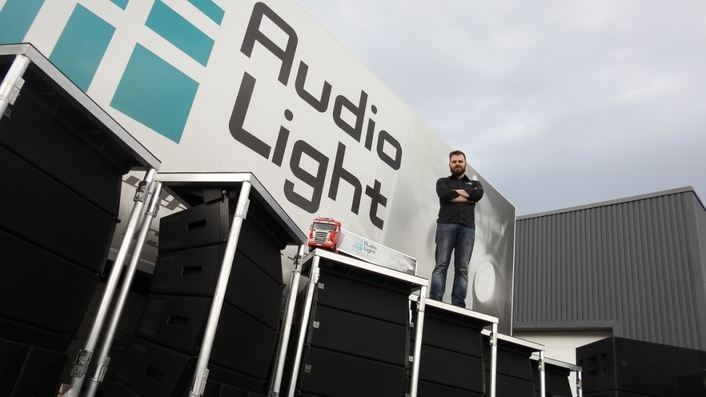 Øystein Wierli told them that the upcoming Wavefront Precision (WPC) would meet all their criteria. While Thomas Olsen expressed immediate interest he wanted to audition it before committing to a large capital outlay. He attended the open days at Martin Audio last Autumn where he heard the new PA for the first time, and decided on the spot that the WPC system was the right one for them.

However, the company was not finished yet. “Atendi suggested the new [XE300] monitors, so we could have the same amps on both the PA and monitors,” Olsen continued. “As we managed to find a buyer for our old LE1200 system, we decided to go ahead. As for the SXH218, we are the first company to order it. We now have a larger system than previously, but with smaller boxes, while the SXH218 is bigger than the WLX subs we had before.”

With their new WPC system AudioLight are now capable of providing PA systems for medium-sized festival stages across northern Norway. According to Thomas Olsen, “The aim is to cover festival crowds up to 8,000 with a 32-box system while achieving good coverage for up to 2,500 indoors, with a 16-box system.” 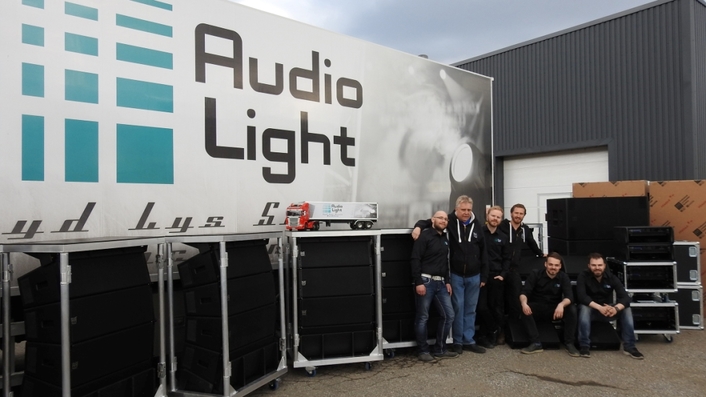 Summing up, he says he is delighted with the new purchase. “One of the reasons we still only run Martin Audio speakers, is because I can call Øystein at 2am and he still picks up the phone to help out in urgent situations!”

And the Atendi man responded by saying, “We like to think that this system will bring excitement to AudioLight, their sound engineers, artists and audiences for many years to come.”

Martin Audio’s Simon Purse, from the company’s Product Support Group, has already carried out full training in Harstad, along with Øystein Wierli. “We even did a concert with Norwegian artist Dagny during the training,” Wierli reports.