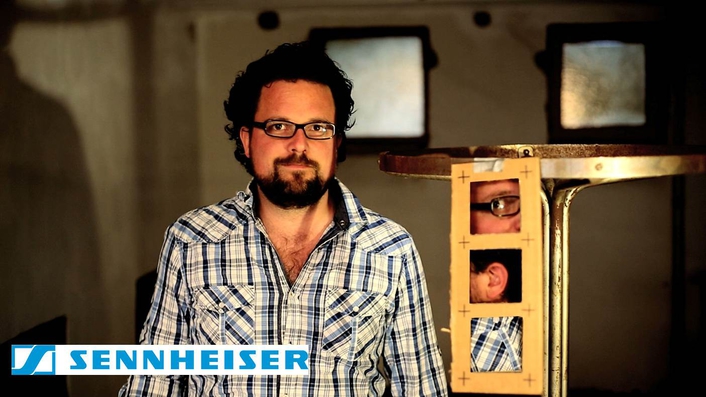 Both entertaining and informative: video journalist Geert Verdickt explains how to give a video excellent audio
“If you’re asking me ‘What is the most underestimated power of filmmaking?’ that would be sound,” says filmmaker Geert Verdickt. To remedy this situation, the multi-award-winning video journalist has joined forces with audio specialist Sennheiser to develop a series of tutorial videos dedicated to the subject of audio for video filmmakers. In a total of five episodes, Geert Verdickt shows ambitious filmmakers how to record perfect sound for their videos, and does it in a way that is both professional and entertaining. From 19 September onwards, a new tutorial video will go online every two weeks at www.sennheiser.com/ audioforvideo.

“The video series is packed with useful tips on every aspect of audio for video, ranging from everyday situations to particularly challenging filming environments,” explained Oliver Ohrndorf, Marketing Manager Professional at Sennheiser. “The tutorials are aimed at video journalists, video filmmakers and amateurs who want to enhance their video images with excellent sound. Geert Verdickt is not only an outstanding video filmmaker but also an entertainer who is able to inspire and motivate his audience.”

The subjects dealt with in the tutorials include wireless audio recording, choosing the right microphone, recording with DSLR cameras and using shotgun microphones, as well as tips and tricks for avoiding proximity effect and reducing wind noise.

A win-win situation
Not only does each tutorial provide valuable information, it also gives participants a chance to win an attractive prize by answering a question on the subject. For each episode, there will be a chance to win three combinations of an MKE 600, Sennheiser‘s new video shotgun microphone and a set of classic HD 25-II headphones. The winners will be drawn from all the correct answers submitted. 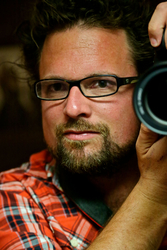 About Geert Verdickt
Geert Verdickt is a Belgium-based video journalist whose passion is to travel the world in search of good stories. His achievements have already won him many international awards, as well as invitations to congresses, workshops and trade fairs, where he talks about his work. He gives workshops for numerous television companies, whose employees he not only trains but also inspires. The 33‑year-old sums up his philosophy as follows: “For me, filmmaking is where the eye meets the ear to reach out for the heart.”