The VBox is a turnkey platform that combines a high performance workstation with a powerful AMD FirePro 3D graphics/compute card, SD/HD-SDI inputs/outputs, support for up to 6 HD displays and the full Ventuz software suite for authoring with state-of-the-art playback and control functionality. When combined with Avid iNews and Vertigo Miranda, the Ventuz-based production pipeline delivered a complete broadcast newsroom solution at a cost significantly lower than other leading offerings.

At ARISE studios in London and New York, Ventuz software controls the interactive screen elements via a contact-free, multi-touch infrared laser system. Ventuz also controls the video wall backdrop which acts as the focal point of the set. Behind the anchor desk the video wall continuously displays fast paced graphics and video clips that add dynamic energy to any live program. The Ventuz software is responsible for real-time rendering and compositing, as well as real-time graphics, full frame graphics for weather, animated, data-driven or interactive business graphics and live video. As needed, any video wall can be instantly switched from distinct images on each screen to full frame across all displays.

Ventuz is also used as an easy way to keep graphics updated across the multiple studios across the globe. ARISE is a multi-site channel with several international newscasters contributing their perspectives in realtime. Using Ventuz, one studio can create graphics or video wall content and have that content mirrored to the other news studios so the live broadcasts appear seamless and integrated. 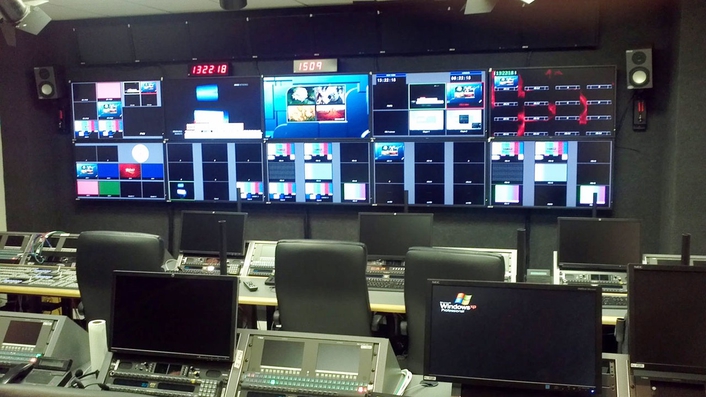 ARISE will continue to work with Spotted Zebra to enhance their virtual studio designs. For example, with the upcoming release of Ventuz 4, ARISE New York studio will use a cluster of 7 VBoxes to drive a video wall consisting of 26 HD displays ARISE NEWS is set to rival CNN and BBC with a concentration on news and current affairs for emerging markets, developing countries and evolving politics. A sister channel, ARISE 360 is entertainment-based with fashion, music, sports and pay-per-view films. ARISE will be live on cable, satellite, mobile devices and the Internet. Broadcast studios locations using Ventuz technology are in New York, London, Johannesburg, Washington DC and Lagos.

Ventuz Technology offers 2D/3D real-time software and technology for on-air and in-studio broadcast applications, interactive motion graphics and 2D/3D workflows, as well as video wall and multi-display presentations. As a field-proven, real-time graphics solution used throughout the broadcast industry, the Ventuz software suite is
considered one of the most innovative tools available today. It specifically addresses the challenges creative agencies are facing in keeping up with the technological and presentation needs of customers as well as helping broadcasters produce, manage and deliver high-end 2D/3D on-air and in-studio graphics efficiently and economically. Among the broadcasters that have used Ventuz are Fox Sports Net, West German Broadcasting, HRT, ertu, BBC and Kanal 75.