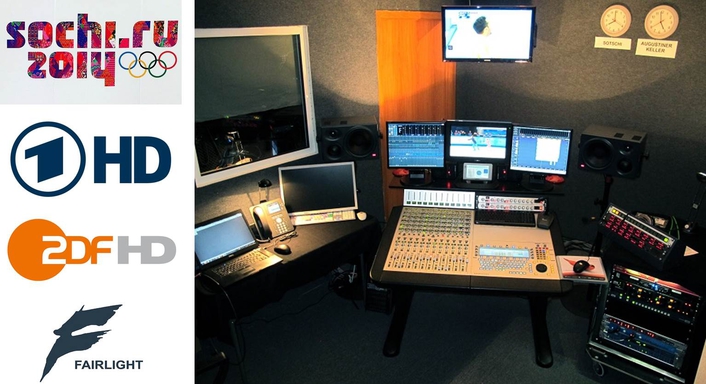 Both broadcasters are offering their viewers extensive coverage of the games in HD from the International Broadcast Centre and the Mountain Broadcast Centre, using ARD and ZDF’s mobile production unit. 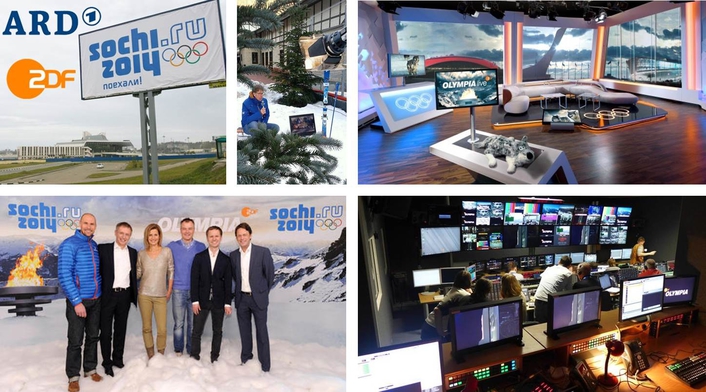 The surround-sound audio post production for this event is completely based on Fairlight’s powerful Crystal Core Media Engine technology. Fairlight’s European workflow integration specialists have tightly integrated the Fairlight audio editing systems into the high-turnaround HD video workflow based on content-management solutions from Avid ISIS-Interplay® and the EVS XT3® video servers. This integration allows native playback of HD-formats directly from Avid’s ISIS® into the Fairlight system. It assures high speed workflow for audio editing without the need for format conversions, resulting in a direct path between more than 20 video editing systems, audio editing and the broadcast transmission server - an ideal solution for time-critical reporting in sports.

Fairlight Europe CEO Robert Trebus comments on the project, “We have worked with ARD and ZDF in the past, most notably during the 2012 Olympic Games in London. Fairlight’s audio editing system performed very well during this event and we are confident that Fairlight will once again help ARD and ZDF to deliver spectacular programming to their many viewers.”

Fairlight is a Sydney, Australia based leading manufacturer of professional video and audio recording, editing and mixing systems offering desktop, console and mouse based environments. Fairlight is at the forefront of digital audio technology, having received numerous Scientific and Technical Academy Awards. Pioneering 3D sound development and customized control surfaces acknowledged by industry leaders as being the fastest and most ergonomic available.