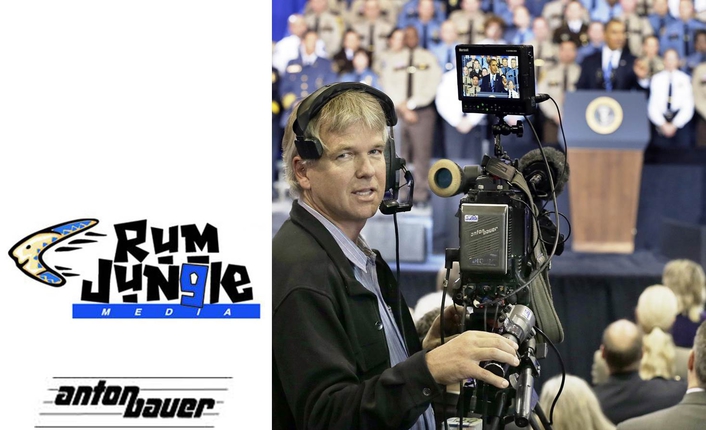 From Regional News Stories to the Polar Extremes, Peter Norton Has Utilized Anton/Bauer for Portable Battery Power for 21 Years
According to Peter Norton, founder and DP of RumJungle Media, Inc., an award-winning ENG/field production company, you’re only as good as your last job. That’s why, for the past 21 years, he has selected only the best gear to help him deliver the high-quality results his clients demand, including batteries and supplemental equipment from Anton/Bauer®, part of Vitec Videocom, a Vitec Group company and a premier global provider of batteries, chargers, lighting and other mobile power systems for the professional broadcast, video, film and healthcare technology industries.

Born in Melbourne, Australia, Norton came to the United States in 1990. He founded RumJungle Media in 1992 and grew it over the years from a one-man Sony BVP70is Betacam operation into a highly successful ENG/field production company with a specialized emphasis on visual storytelling. Now providing everything from HD/SD camera crews, producers and PAs to live HD/SD broadcasts with the company’s DSNG satellite truck, RumJungle Media crews can be found traveling to the extremes, including the frigid North Pole and searing heat of Australia’s Outback. “In the past year alone, we’ve been out on boats and snowmobiles, filmed through hurricanes, covered the elections, Moore, OK tornado and Boston bombings, among countless other events,” says Norton. “Due to the fact that we often cover natural disasters it’s paramount to have dependable equipment when infrastructures are down. While I know there are other battery and portable power companies out there, to me, they’re knockoffs. We choose Anton/Bauer because it is a part of why we are successful to-date.”

Utilizing high-definition cameras, such as Panasonic’s AJ-HPX2000 P2 HD/SD or Sony’s PDW-F800 XDCam, among others, Norton puts his trust in Anton/Bauer’s DIONIC® HC and DIONIC HCX batteries to keep them powered up during shooting. “When time is of the essence, you have to minimize risk as much as possible,” says Norton. “These batteries guarantee that power is one less thing we have to worry about while in the midst of production. In this market, we get to pick and choose our rigs, and we’ve stayed with Anton/Bauer and continue to grow with them onboard.” 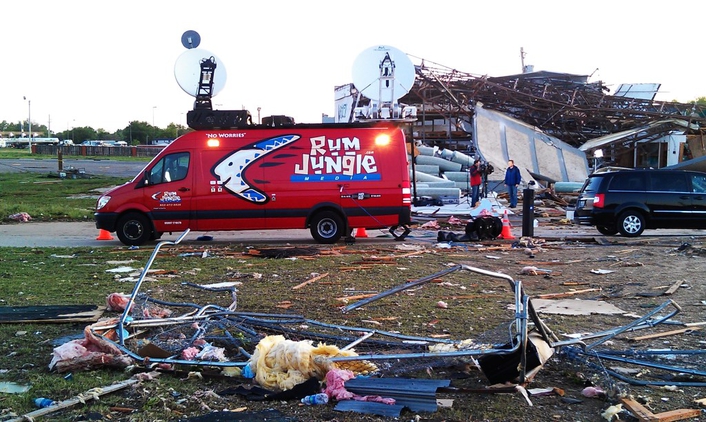 Part of the company’s Logic Series® batteries, the DIONIC HC offers 91Wh and is suitable for powering high-current applications in a lightweight package. In addition, the DIONIC HCX is a 124Wh capacity battery with the ability to sustain a 10-amp draw, and run a 40-watt camera with a 20-watt light for two hours. Transported conveniently as carry-on luggage without restrictions, the DIONIC HC and DIONIC HCX are the perfect batteries for shooting on location. Working closely with leading cell manufacturers, the HC series incorporates high-capacity cells offering continuous 10 amps of power draw. To ensure maximum cell protection and performance integrity, a special honeycomb cell pack design protects the cells. An enhanced RealTime® display indicates both fuel gauge and remaining run-time data simultaneously. The display incorporates readouts of hours, minutes and remaining capacity, making battery change decisions quick and easy for ENG production.

“We also use the batteries to power our lights and monitors. The Anton/Bauer batteries are our complete power source in the field,” he adds. “Because we often work in uncontrolled circumstances, we appreciate the stability they bring, along with their reliability and dependability. And if we ever do have a question, we know we can go right to Anton/Bauer. They know our history and have spent the time to get to know us and our work—Anton/Bauer has become like family to our growing business.”