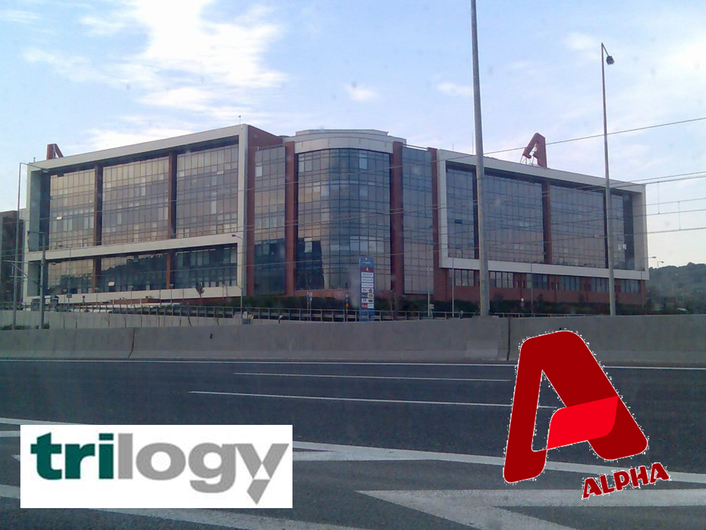 Supplied by Telmaco S.A., Trilogy’s Greek distributor, Mercury brings greater flexibility and reduced networking costs. A Mercury Interface Unit (MIU) is allied with Trilogy’s large capacity Commander Intercom system at the Athens Headquarters, with a further MIU and six panels at the production centre and USB devices with virtual panels and desktop devices at the interview studio in Athens and a regional centre in Thessaloniki. Designed to operate with standards-based IT and network technologies, the Mercury Intercom does not require any special routers, switches or gateways to be installed. The system is scalable over LAN, WAN and broadband Internet using terrestrial or satellite-based IP network connectivity.

Seamlessly linking the four sites via an IP network, the MIU is equipped with up to 32 IP audio channels and enables the Mercury and Commander systems to communicate with each other and link the team in the production centre with those working on other sites. The versatile intercom also utilises a peer-to-peer run time system, which eliminates the risk of downtime due to an outage and ensures continuous coverage and communication.

Alpha TV was able to use Trilogy’s configurable Application Program Interface to customise the Mercury interface in the Athens interview studio to make it simple and easy to use for the staff so they could listen to instructions from the production centre and respond using one button.

Barry Spencer, General Manager of Broadcast at Trilogy Communications, said: “For many years, Alpha TV has wanted the ability to connect all of their sites through a central network but the available IP infrastructure did not make this possible until recently. Yet with the development of a Private IP Network over a Microwave link, we have successfully made their dream a reality.”

Constantinos Colombus, Technical Director at Alpha TV, said: “We are thrilled with the Mercury intercom as it does everything that we hoped for and more. Having worked with Trilogy for over 11 years, we know them to be reliable and robust systems with a high level support. In the six years that we have had Commander , we have never once needed to switch it off, had poor quality of service or suffered any faults. Based on this we didn’t hesitate to upgrade to the Mercury intercom, especially as we are now able to link our Commander to the Mercury system and finally reap the benefits of the IP connectivity, something that we have wanted to do for many years.”

Barry continues: “Alpha TV’s goals are not uncommon within the Intercom industry and we have been working with broadcasters across the globe to connect their offices and OB vehicles over IP networks, including LAN, WAN, Internet and Satellite links, but in the past this has been limited by the networks themselves. However, this is rapidly changing and with IP now allowed on the internal network, the face of the industry is developing to become more focussed on connecting systems over IP– something Trilogy pioneered and has been equipped to do for the past eight years.”

Trilogy has supplied audio communications equipment to customers in more than seventy countries since 1986. The company was originally formed to design and build video and audio infrastructure equipment for the television and radio broadcast market. It continues to serve this market but now also offers its products to a wide array of customers in defence, emergency management, training and simulation, oil and gas, gaming, and other industries.Trilogy counts some of the world's best known names among its customer base. These include BBC, ITV, CBS, Hearst-Argyle, Fox TV Poland, Radio France, Arqiva, Star TV, Times TV, Qatar TV, Reuters and many others.

Telmaco S.A. was established in 1975 by Dimitri Kyriazis and is still to this day a privately owned systems integrator for the image and sound communication sectors in Greece. Telmaco prides itself on understanding the needs of its customers and then delivering world class solutions that fulfil those needs perfectly.