All Asia Broadcast Centre (AABC) to broadcast with AURUS 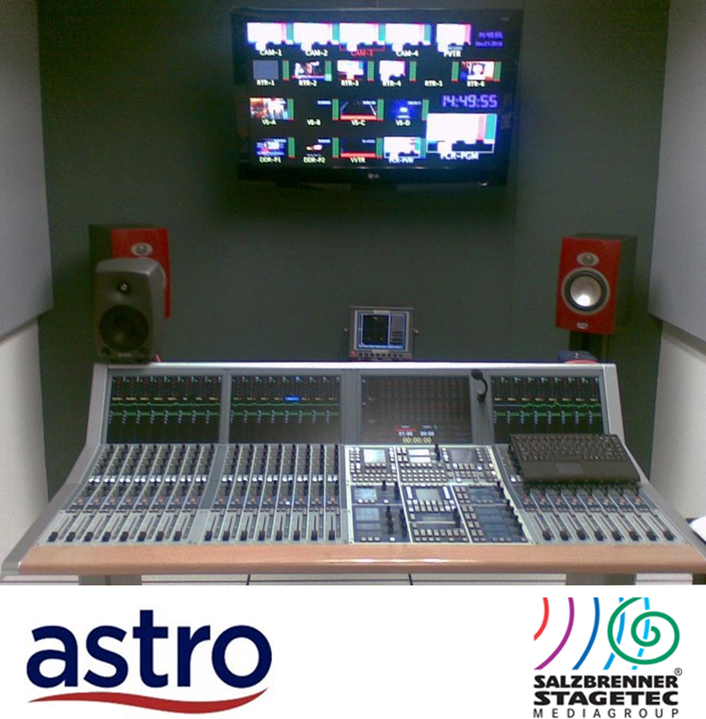 Crescendo at Astro Arena Studio
Malaysian Pay-TV channel Astro-TV has equipped three of its broadcast studios with audio technology by SALZBRENNER STAGETEC MEDIAGROUP. Two studios in the All Asia Broadcast Centre (AABC) at Bukit Jalil, Kuala Lumpur, took delivery of AURUS consoles and a corresponding NEXUS network. In addition, Astro Arena, a local sports channel launched earlier this year, has opted for a CRESCENDO desk to be installed in its new surround capable studio.

The Studios at AABC got two identical AURUS each of it with 32 faders in a mainframe ready for 48 faders. Both consoles feature 114 audio channels at 128 busses. Similar powerful is the studio for Astro Arena: Its CRESCENDO desk features 140 input channels at 64 buses. The NEXUS is ready for high-definition embedded audio thanks to 14 NEXUS XHDI cards.

"We are delighted that Astro-TV has opted for AURUS and CRESCENDO after extensive testing of all relevant manufacturers. The decisive factors included the superior live qualities such as easy operation and maximum reliability, super sound quality as well as the integration of all components on the audio network allowing for flexible use of the audio resources. More advantages were the Dolby E® encoding and decoding and HD capabilities of NEXUS", says David Chan, head of MEDIAGROUP subsidiary in Kuala Lumpur, Malaysia.