“We’ve been extremely thorough in our review of the available virtual studio systems,” said Amr El-Kahky, the Head of Al-Nahar TV Network. “We feel confident that the Hybrid virtual studio solutions and robotic camera support will meet our needs. We’re looking forward to all of the design and operational benefits they’ll provide our network.”

The sale agreement was finalized at the 2013 CABSAT Show, which occurred from March 12-14, 2013 in Dubai, UAE. Systems Design and Technology KAR— two systems integration firms and Hybrid technology partners based in Egypt—facilitated the sale and will manage the installation. Al-Nahar TV, which operates a total of five satellite channels in Arabic and English, is currently designing the virtual sets.

“We’re very happy to enter into this new relationship with Al-Nahar TV. We’ve been in communication with them for a long time, so this is a very rewarding win for us. We believe that our virtual studio solution enables them to meet and expand their high-quality live program offerings,” said Olivier Cohen, CEO of Hybrid.

Al-Nahar TV Network, which has won a dozen awards since launching in June 2011, has been among the top three TV networks in Egypt’s post-revolution era. Network management is leveraging technology to create a competitive advantage.
Al-Nahar TV, which operates a total of five satellite channels in Arabic and English, is currently designing the virtual sets.

The Neon trackless virtual set is based upon the same core engine as Hybrid’s higher-end Krypton system, but it allows for virtual camera movements in real-time from fixed cameras on set. It requires only a PC and software and operates with a simple drag-and-drop process. It creates the illusion of sophisticated camera moves within a virtual set without use of a tracking system, chroma keyer or other accessories. 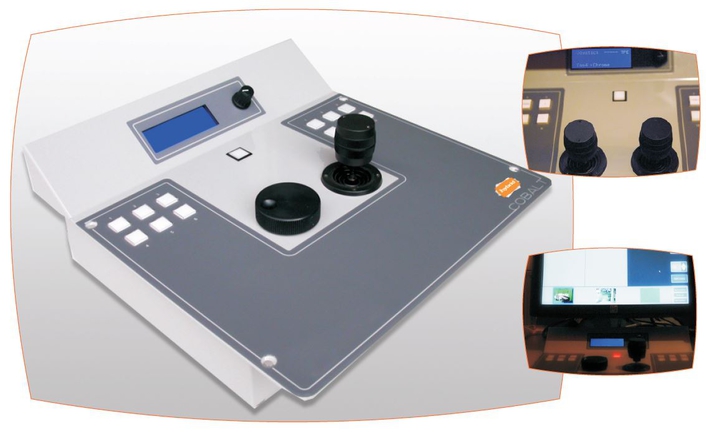 Al-Nahar TV also ordered two Hybrid Silver II robotic pan/tilt/zoom/focus (PTZF) camera control systems for tracking virtual studio camera moves, such as zooms from wide to close-up. A fixed camera will be mounted at ceiling height for dramatic camera tracking effects during live shows, such as camera moves that start from the studio entry and zoom in toward the talent.

“Al-Nahar TV has many current shows and plans to produce many more. So Hybrid technology will be an ideal solution,” said Ahmed Gamal, managing director of Systems Design. “They’ll be able to save money they would have spent building physical sets, plus they’ll be able to easily modify the scenes whenever necessary. With their Hybrid virtual studio solutions, they’ll be able to produce shows with greater creativity and flexibility.”