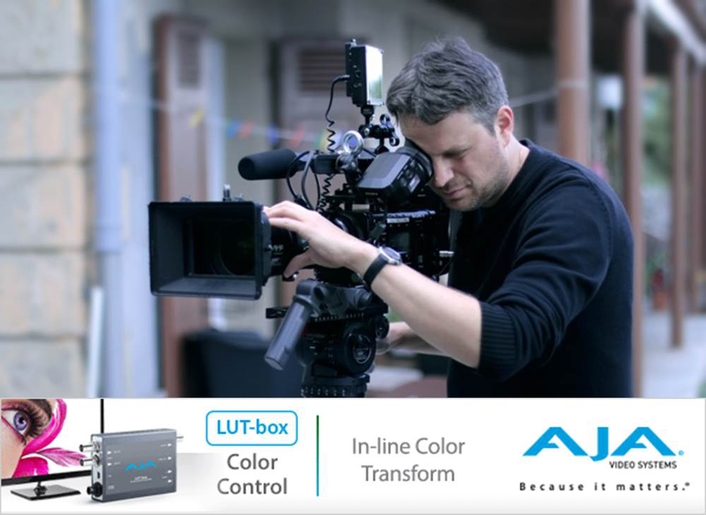 .
Awarding-winning German Cinematographer Matthias Bolliger has captured several prominent national and international feature films over the years including “Chiko”, "Blutzbrüdaz”, and  "Boy7" as well as documentaries like “Violinissimo” and “Cosmic Encounters 3D.” Bolliger’s latest documentary venture, “The School on Magic Mountain,” recounts the story of one American teacher’s mission to equip a group of students with the knowledge and skills to become future leaders. The principal shooting of the documentary, directed by Radek Wegrzyn and produced by Detailfilm, started in autumn 2014 in Switzerland and Sweden.

With color playing an integral role, Bolliger turned to an AJA LUT-box Mini-Converter and SONY PMW F5 camera to achieve the desired aesthetic. The F5 afforded Bolliger a versatile, flexible and lightweight camera setup; however, enabling full color control on white balance (warm/cool) and color shift (green/magenta) required use of F5’s CUSTOM-mode, which made camera LUTs challenging to monitor and preview throughout production. To overcome this hurdle, Bolliger used AJA’s LUT-box with the F5, which allowed him to shift the white balance and preview the picture with a self-defined LUT.

He shared, “AJA’s LUT-box came in handy on several occasions for this production and was very helpful throughout the entire project. We wouldn’t have been able to achieve the look and feel we had envisioned for the film without it.”

Currently still in production, “The School on Magic Mountain” is set to debut in the beginning of 2016.

About AJA LUT-box
AJA LUT-box is an in-line color transform Mini-Converter that allows monitors to display accurate color space and monitor custom looks. Load 3D LUTs into LUT-box to adjust the color look for any source signal with simultaneous outputs to HDMI and SDI monitors from a single LUT-box. With an integrated USB connection and free MiniConfig software on either Mac or Windows, AJA LUT-box simplifies the loading of 3D LUTs at up to 17X17X17 points.

About AJA Video Systems, Inc.
Since 1993, AJA Video has been a leading manufacturer of video interface and conversion solutions, bringing high-quality, cost-effective digital video products to the professional, broadcast and post-production markets. AJA products are designed and manufactured at our facilities in Grass Valley, California, and sold through an extensive sales channel of resellers and systems integrators around the world.