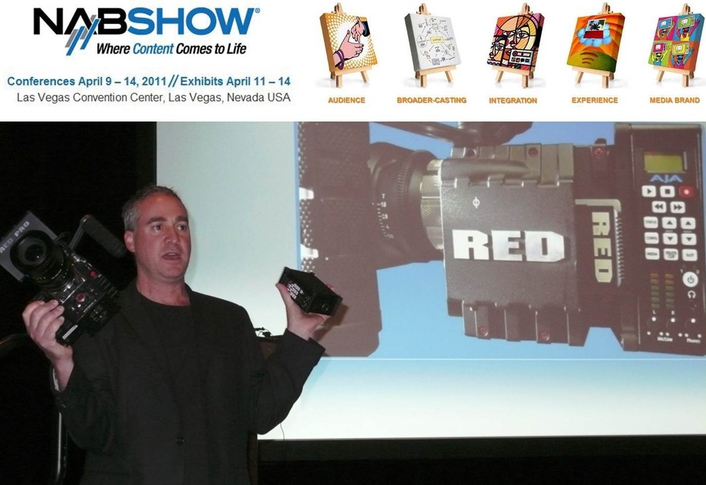 "AJA's Ki Pro Mini is the first ProRes recorder that we've battle tested and are recommending for use with the RED EPIC," said Ted Schilowitz of RED. "I flew with it as the broadcast quality, 1080p offline video recorder while shooting 5K EPIC REDCODE RAW files in the Pictorvision nose mount of a copter this week and it worked like a charm. I know first hand of the high level of industry adoption of AJA gear based on its proven performance and their reputation for high quality professional gear, and the KiPro Mini is no exception. It worked solidly under the pressure of real high-end cinema shooting environments, where it really counts. We tested it, and loved it."

"AJA was first to market in 2009 with a professional ProRes camera recording device with the Ki Pro, and we now also have thousands of Ki Pro Minis in the field," said Nick Rashby, President, AJA Video Systems. "The RED EPIC packs a lot of power into a very small package; Ki Pro Mini is the perfect ProRes recording complement, connecting to the camera rig unobtrusively and without adding any significant weight."

Ki Pro Mini snaps right onto the back of the RED EPIC camera using the AJA Mini Mounting Plate with a standard V-Lock adapter. "While the EPIC shoots well beyond 1080p resolution, there are many production scenarios where recording a simultaneous 1080p feed is essential. Ki Pro Mini is perfect for these scenarios, it's small, light, and provides top quality ProRes which many have come to rely on for their TV quality deliverables," concluded Schilowitz.

The RED EPIC camera comes in a package one third the size of a RED ONE, includes a 5K Mysterium-X(TM) sensor and a 27 layer ASIC, enabling EPIC to capture up to 120 frames per second, each frame at full 14MP resolution. EPIC is engineered to be a DSMC(TM) (Digital Still & Motion Camera), providing native dynamic range of over 13 stops and a resolution that exceeds 35 mm motion picture film. The RED EPIC is currently being used on several major studio motion pictures including: The Hobbit, Jack the Giant Killer and Ridley Scott's upcoming feature.