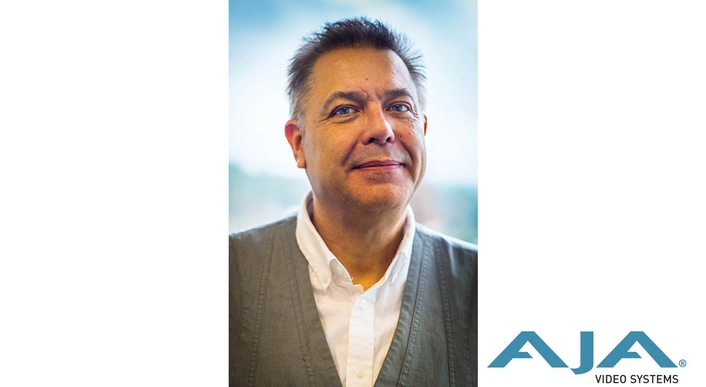 “AJA has been a hallmark of excellence in broadcast technology over the last 20 years; the name and reputation of the company and products are well recognized,” said Simmons. “I have worked with AJA as a systems integrator and have specified their products for my customers many times in the past, and their commitment to customer service, support and performance is the best in the business. I’m looking forward to being part of this industry-leading team.”

Simmons is a broadcast industry veteran, equally adept at managing sales efforts as he is at specifying technical workflows. He joins AJA from TV Pro Gear (a division of IPTV International) where he worked as a Sales Manager. Prior to that experience he was the Director of North America for Ateme where he oversaw sales of broadcast and broadband encoders to clients that included Modern Videofilm, Crest Digital and others.

Simmons also worked as an Account Manager at Panasonic Broadcast and Television Systems where he oversaw sales that led to the use of Panasonic’s Varicam HD camera on Fox’s prime-time television shows. Simmons has also worked in sales and marketing capacities with Leitch Technology Corporation, Sony Broadcast and Hollywood Digital. He began his career in broadcasting, and later as an editor of prime time television programs and music videos. Simmons is an active member of both the Hollywood Post Alliance (HPA) and Society of Motion Picture and Television Engineers (SMPTE), and serves on the Board of Directors of the Society of Television Engineers (STE).

“It is rare to find sales professionals who have been so deeply in the trenches and truly understand the day-to-day rigors of broadcast production and post production. Nathan understands broadcast technology from all sides, and with his extensive and wide-ranging experience, is the ideal candidate to help take our Western US sales efforts to the next level,” said Nick Rashby, President, AJA Video Systems.