At IBC 2016 Ross Video has announced the acquisition of Abekas - a brand name with a sterling reputation in the live production industry.

With the addition of Abekas to its extensive product portfolio, Ross continues to offer more comprehensive solutions that address virtually every aspect of live production across a wide variety of environments.

With the addition of the Mira Replay server, Ross Video is now able to offer instant replay of live televised events such as sports. Mira Replay is a cost-effective, easy-to-operate, multi-channel system with powerful features and a unique, ergonomically designed control surface.

Mira Production Server is optimized for recording and playing multiple video channels to handle a number of duties in live production applications with a feature-rich system that delivers creative freedom at a cost-effective price. 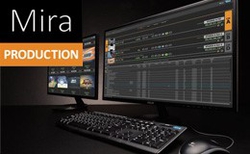 ●  Fast media file ingest and export with a wide range of codecs. 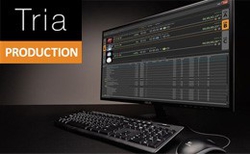 ●  Base band and file based video ingest