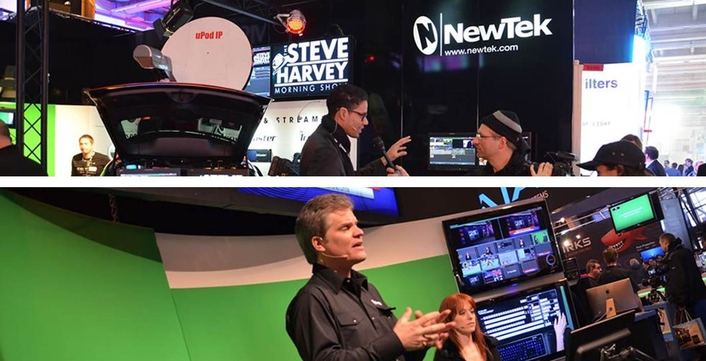 3D Storm website, www.3dstorm.com, is now available in English and in French. The two versions, already online, provide the latest product news as well as some outstanding customers' stories, in both languages. A Spanish version of the website will soon be online and bring the same level of information to the Spanish speaking countries.

TriCaster systems with localized keyboards, for German, Spanish, Portuguese, French and Arabic speaking countries will from now on be available from 3D Storm. This is a 3D Storm exclusive!

We constantly work on enhancing our customers' services", says Franck Lafage, director of 3D Storm, " The EMEA is a wide region, composed with so many countries, speaking different languages and using different tools. Providing localized tools to our customers and helping them create the perfect productions is our main goal, and we want to go even further ".

About 3DStorm & NewTek
3D Storm, major actor in the Broadcast and video industry, is the distributor of NewTek products in Europe, Middle-East, Africa, Turkey, Russia and Pakistan. 3D Storm distributes state-of-the-art solutions including TriCaster, 3Play and LightWave as well as a wide range of accessories, titling and virtual creation tools. Recognized by the cinema and television industry, 3D Storm expertise gives all the answers to audiovisual professionals’ needs and always renewed expectations in streaming and 3D technology.

NewTek is transforming the way people create network-style television content and share it with the world. From sporting events, Web-based talk shows, live entertainment, classrooms, and corporate communications—to virtually any venue where people want to capture and publish live video, we give our customers the power to grow their audiences, brands and businesses, faster than ever before.