100 years of innovation for Vinten

Year-long celebrations for one of the oldestbusinesses in television. Vinten® is celebrating its centenary in 2010. It wason 1 January 1910 that William Vinten, already noted as a remarkable mechanicalengineer, took over a workshop in Wardour Street in London as his own business,at first repairing then designing and building cameras.

The type 419 pedestal was a remarkable achievement 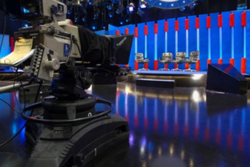 And it was precisely 100 years ago today, on 7 January 1910, that the new company won its first order, for 25 Kinemacolor Machines - high speed film printers for the Edison colour system - at £28 each.As television developed Vinten naturally took an active part. Before the invention of video recording the only way to archive content was on film, often using a Vinten camera. By the early 1950s the new vocabulary of television was developing, in which cameras needed to move freely around the studio floor. While others tried to adapt film camera supports, Vinten realised that a new sort of system was called for.In 1956 the first hydro-pneumatic pedestal - a design which many said could not be built - was delivered. "The type 419 pedestal was a remarkable achievement, and the principles within it are still in use in today's Quattro pedestals," said Roger Wilson, managing director. "That encapsulates much of what is good about Vinten," he added. "We achieved something no other manufacturer could through bold innovation in design and very high quality, high precision engineering and manufacture. Those Vinten values are as true today as they have been for the last 100 years."Most importantly, they will remain at the cornerstone of Vinten into the future," Roger Wilson concluded. "We will, of course, be celebrating with all our staff and our customers during the course of the year, but our main focus will be on continuing to apply our innovation in new products for 2010 and beyond."