“It’s the easiest desk I have ever operated”: Lighting designer Peter Rieck invests in dot2 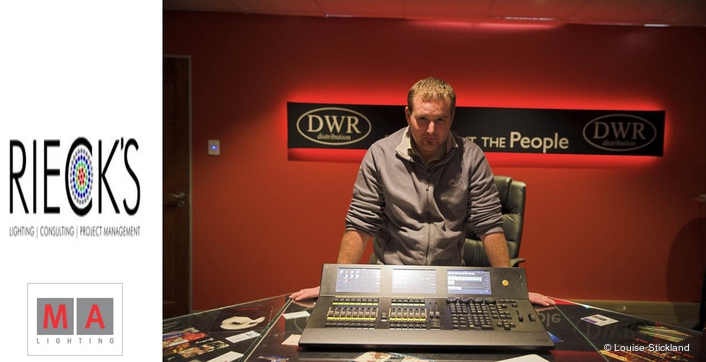 South African lighting designer Peter Rieck is the proud owner of one of MA Lighting’s new dot2 XL-F consoles. Peter, an industry professional for 15 years and one of the country’s leading television lighting specialists recently launched a new company, Rieck’s, headed by himself. Having been an MA user for the last seven or so years, the first thing the new venture did was purchase its own dot2.

“It made complete sense” he stated, “It’s small and light enough to easily fit in my car or go on the plane, and powerful enough to run the majority of the shows on which I am currently working.” Having his own console means he can always have his control platform of choice. Peter was delighted that MA’s small and highly versatile dot2 was also within a reasonable price range. The console was supplied via MA’s South African distributor, DWR Distribution CC.

“It’s the easiest desk I have ever operated,” he declares. Peter has had practical experience with most other major consoles. As a freelance designer, programmer and operator, he stresses the importance of being able to go on site and start programming immediately.

“Schedules are always tight” he explained, and as he is also lucky enough to be very busy, it’s completely logical that his clients hire him and the best tool for him to complete the job of producing a good show. “The functionality of the larger MA consoles is all there” he observes, adding that it enables him to do 3D visualisation and networking, and the 8 universes of DMX give dynamic control over a good sized lighting rig.

He likes the fact that dot2 XL-F has lots of faders for instant access, wings can be added if needed, and he really loves the three tidy-sized touch-screens, which work brilliantly.

In 10 minutes – literally – “I can be running a show on it”. He’s also currently training a small group of other operators to assist and work on shows, and comments that after even a brief outline of the basics they can start programming. “It really is that simple and user-friendly,” he underlines.

At just over 15kg it’s also completely practical for flying and its next international trip will be to Kenya. His first South African show with his dot2 was a music show ‘Coke Studio’s’ produced by Goodnoize Productions and will be broadcast on E-TV, a collaboration between established and rising artists producing new music, which was recorded at the SABC M1 studios in Johannesburg.

Every song needed a new and different look so there was plenty of programming involved to light 45 songs in under three weeks. “I was able to work extremely quickly and efficiently on the dot2,” Peter says with a big smile.