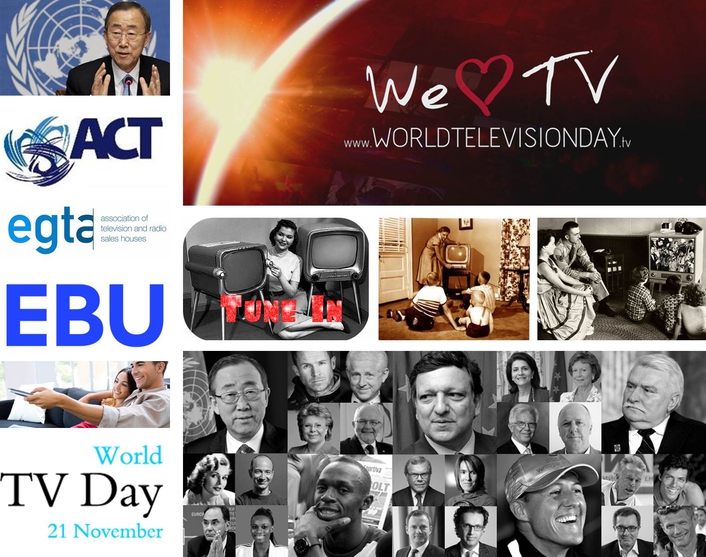 .
The capacity of television to engage audiences in critical issues will be recognized on 21 November as part of a United Nations led initiative supported by public service and commercial broadcasters, sales houses, as well as trade associations around the world.

In a world first, key industry bodies including the European Broadcasting Union (EBU), the Association of Commercial Television in Europe (ACT) and egta, the Brussels based association of television and radio sales houses will unite for World Television Day, which was proclaimed an annual event by the United Nations in 1996.

Broadcasters everywhere have been invited to screen a brief video commissioned by egta, ACT and EBU in recognition of TV’s crucial role to inform, educate and entertain.

The clip features people of all ages and nationalities watching television content on different devices, ranging from entertainment to news, to culture, education and drama. Broadcasters across Europe, Asia, Canada, USA and Australia will participate.

United Nations secretary general Ban Ki Moon says in a digital age, TV remains the most trusted and popular medium for news, culture, sports and entertainment. Europeans watch more linear television than ever before – an average of 235 minutes per day.

“Television helps bring the world to people’s lives and living rooms," he said. "Through quality programming, television sheds light on global issues and opens windows of understanding on the struggles and hopes of communities and families everywhere.” 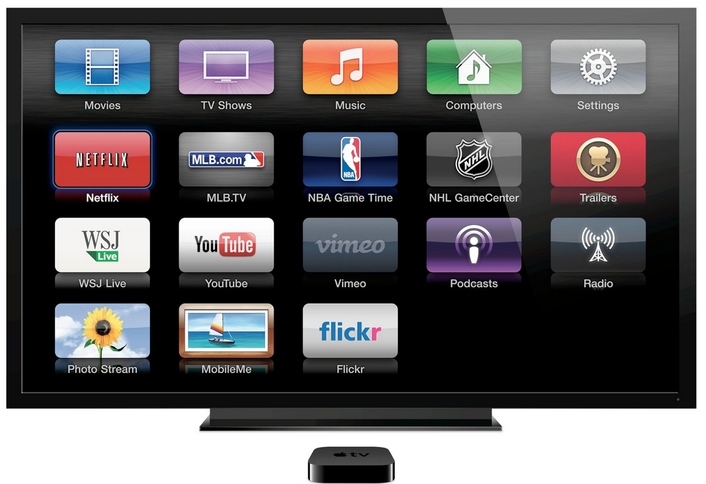 EBU president and general administrator of Belgian public service broadcaster RTBF, Jean-Paul Philippot said TV remained 'the dominant platform for live events,' despite the rise of social media and the more personalised consumption of media via the internet.

"TV is, and shall remain the medium par excellence for people to simultaneously share their emotions and participate in seminal events," said Mr Philippot. "It was the medium that took us to the moon and it will continue to inspire us today and in the future.”

“TV is constantly evolving with one major goal: we want viewers to be the big winners of this technological evolution," he said. "In the end, new technology means more ways to watch TV: what you want, when you want and on whatever screen you want. Thousands of talented people work in television, backstage or on screen to continue this success. It’s an honour to be part of this media family.”

Franz Prenner, egta President and Head of Research at ORF Enterprise Austria, expressed praise for a medium, which he said 'repeatedly demonstrated its capacity for reinvention.'

“These are exciting times both for broadcasters," he said, "who are innovating in the way they deliver television content to viewers, and for their sales houses, who contribute to the financing of great content through ever more informative, targeted and relevant advertising.”

World Television Day has aked prominent personalities from politics, sports, media and culture about their experiences of television. Among them you will find:

Androulla Vassiliou, European Commissioner for Education, Culture, Multilingualism and Youth:
“While the digital revolution has empowered individuals with an unprecedented diversity of communication tools, television remains the most powerful medium of all. It allows people - of all ages and backgrounds - to easily share information, views and emotions. Television has a key role to play in education, and it enables viewers to enjoy the richness of our cultural diversity, contributing to a more creative Europe.”

Bonnie Tyler, Welsh singer, songwriter, businesswoman and active philanthropist:
“TV is now the greatest cultural influence in the world. It crosses all human boundaries and has the capacity to bring people together, when used in a positive way, li e no other medium. I love to watch TV wherever I am in the world and never cease to be both entertained and informed by it.“

Niki Lauda, Austrian Formula One racing driver, three time World Champion:
"The fact that I report as an expert for RTL live from the race course already shows that I attach great importance to the medium of television. Few people have had the opportunity to even sit once in a Formula 1 car as I have. Thanks to television, millions of people have the chance to be part of the action and to celebrate victories with us."

The Association of Commercial Television in Europe (ACT) represents the interests of the commercial broadcasting sector in Europe. Formed in 1989, the ACT has 33 member companies licensed in 37 different European countries and distributed across 45 European markets and beyond. Our members operate several hundred free-to-air and pay-tv channels and distribute many more channels and new services. The ACT members encompass several business models: free-to-air broadcasters and pay-TV players, digital platform operators and multimedia groups.

The European Broadcasting Union (EBU) is the world's foremost alliance of public service media organizations, with Members in 56 countries in Europe and beyond.
The EBU's mission is to defend the interests of public service media and to promote their indispensable contribution to modern society. It is the point of reference for industry knowledge and expertise. The EBU operates EUROVISION and EURORADIO. EUROVISION is the media industry's premier distributor and producer of top quality live sport and news, as well as entertainment, culture and music content. EURORADIO enhances public service radio through the exchange of music, professional networking and the promotion of digital and hybrid radio – to ensure radio remains a key protagonist in a multimedia world.

egta is the association representing television and radio sales houses, either independent from the channel or in-house, that market the advertising space of both private and public television and radio stations throughout Europe and beyond. egta fulfils different functions for its members in fields of activities as diversified as regulatory issues, audience measurement, sales methods, interactivity, cross-media, technical standards, new media etc. During its 35 years of existence, egta has become the reference centre for television & radio advertising in Europe. egta counts 129 members operating across 38 countries.