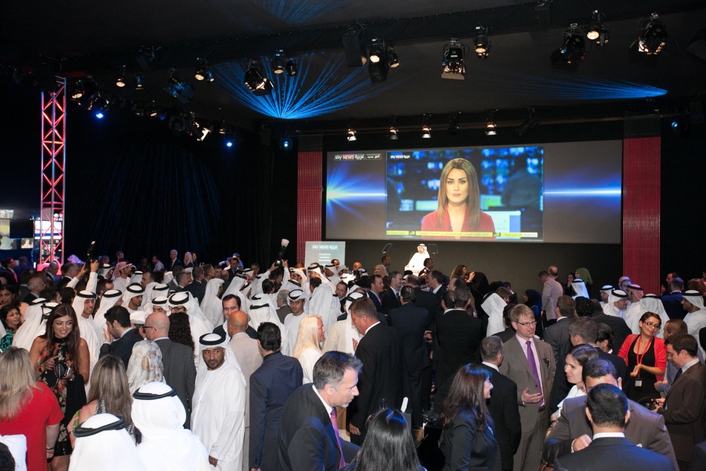 400 editorial staff across a global network of bureaux delivering news via multiple platforms
A channel committed to providing independent news, whatever the story, Sky News Arabia will offer its audience must-view content from breaking stories to sport, from business to entertainment.   The channel is supported by an Editorial Advisory Committee – a first for the region – to ensure Sky News Arabia delivers balanced, accurate and consistent news. Broadcasting from its state of the art head-quarters in Abu Dhabi, the channel  promises a ‘new horizon’ in the way it delivers news across multiple platforms.

The website, www.skynewsarabia.com, which launched in BETA form in February, is now fully completed with features including blogs from presenters and correspondents, live twitter feeds and the ability for users to interact and comment on the topics of the day.

At a launch ceremony hosted by the Chairman of ADMIC and Sky News Arabia, Dr Sultan Ahmed Al Jaber, over 400 guests were witness to a live countdown of the launch from the Jumeriah Etihad Towers in Abu Dhabi. 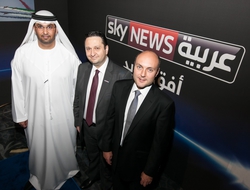 Promising objective and impartial news delivery Dr Al Jaber said in his launch speech: “The region demanded an Arab news product which incorporates both the technological developments and the fast changing media consumption habits that are transforming how news is gathered and disseminated.

“Our market research uncovered a strong appetite from Arab audiences for a high calibre, independent news channel which delivers news in real time and across multiple media platforms, be they high definition television sets, the internet, smart phones or tablets.

“This, coupled with the pace of change and development of the global media landscape, reaffirms the need for Sky News Arabia – a channel launched from the heart of the Arab world for the Arab world. I am confident Sky News Arabia will become an icon for objective news reporting,” Al Jaber explained.

He added: “With the vibrant cultural movement in the UAE, Abu Dhabi is attractive for an organization like Sky news Arabia to objectively disseminate news in the Arab World.”

Dignitaries at the launch event were treated to a behind the scenes look at the making of a news channel from the 18-month journey to set up one of the Middle East’s most advanced broadcast centres, to a live studio feed capturing the Sky News Arabia team’s last minute preparations in the countdown to launch. 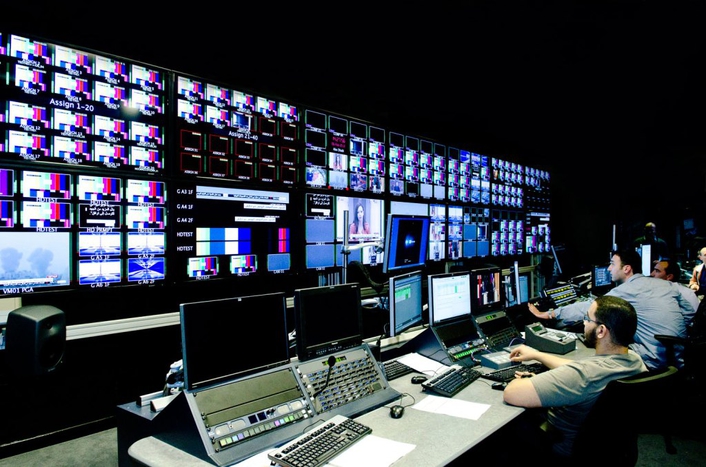 Commenting on the channel’s launch, Nart Bouran, Head of Sky News Arabia, said:  “This is a momentous occasion for Sky News Arabia and, I believe, a leap forward for the news industry in the Arab world. Our  400 strong editorial team will aim to set new standards for regional news through a high quality, engaging news product which informs viewers of events as and when they happen. “

Andrew Griffith, Chief Financial Officer, BSkyB  and Sky News Arabia Board Director, explained:  “BSkyB is one of the UK’s most innovative and successful companies and Sky News has always been a pioneering part of our business. Our partnership with ADMIC to create a truly independent news offering for the Middle East and North Africa is a project we are fully committed to. It is an investment that both parties are proud to have made and we aim to set a new standard for news delivery in the region.”

The channel will broadcast on Transponder 15 on Arabsat Badr 4, Transponder 14 on Nilesat 201, on du IPTV and e-Life platforms plus in high definition on the OSN pay-TV platform as well as the Abu Dhabi TV Network.

About Sky News Arabia
Sky News Arabia  is a free-to-air 24-hour Arabic rolling news channel reporting the news as it happens in HD. Set up as a joint venture between Abu Dhabi Media Investment Corporation (ADMIC) and British Sky Broadcasting (BSkyB), Sky News Arabia is based in Abu Dhabi and will broadcast to over 50 million homes in the region. It aims to deliver fresh, fast and independent news from across the Middle East and North Africa (MENA). The channel will deliver the news across multiple platforms including online and mobile devices to provide fast news on the go.
Servicing the tech-savvy generation, the Sky News Arabia mobile apps will be available on iPad, iPhone, Blackberry, and Android devices. Key features include: live streaming, news photo galleries, interactive maps as well as the ability to share stories via social media.