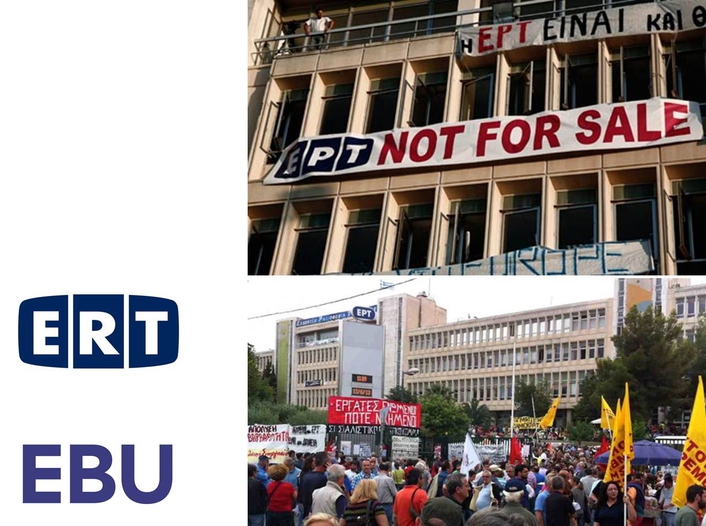 The Council of State suspended the government decree ordering the closure of ERT last Tuesday (11/6). It also recognized that the Greek public service broadcaster has a key role to play in providing information, education and entertainment to the Greek people and the diaspora.

The Council of State ordered the Greek government to restore the ERT signal and take all appropriate organizational measures to continue broadcasting through the ERT frequencies and internet sites until a new public service broadcaster is established.

Jean Paul Philippot, President of the European Broadcasting Union (EBU) – which has been at the forefront of international efforts to return ERT to air – said that the court had delivered the right result.

“This is a positive turn because it means public service media will return to Greece,” he said. “We welcome the news that ERT will reopen, and we offer our support to build a new, successful, independent and sustainable public broadcaster that will contribute to pluralism and diversity in Greek society.”

Since ERT’s dramatic shut-down, the EBU has consistently called for its Greek Member to be allowed to resume broadcasting services and give the Greek public rightful access to public service information.

The case against the government closure of ERT was brought by POSPERT, a union representing ERT employees – 2,700 of whom were laid off at a stroke last Tuesday night.

About the European Broadcasting Union (EBU)
The EBU is the world's foremost alliance of public service media organizations, with Members in 56 countries in Europe and beyond.
The EBU's mission is to defend the interests of public service media and to promote their indispensable contribution to modern society. It is the point of reference for industry knowledge and expertise

The EBU operates EUROVISION and EURORADIO.
EUROVISION is the media industry's premier distributor and producer of top quality live sport and news, as well as entertainment, culture and music content.
EURORADIO enhances public service radio through the exchange of music, professional networking and the promotion of digital and hybrid radio – to ensure radio remains a key protagonist in a multimedia world.
The EUROVISION/EURORADIO satellite and fibre network is the largest and most reliable in the world directly plugged in to public service media everywhere.