Pope Francis’ inauguration mass, the first to be filmed in 4K

“The filming of Pope Francis’ first mass in 4K, took place after the equipment had been used for the first time to film Pope Benedict XVI’s last public hearing at the end of February,” said Monsignor Viganò, Director of the Centro Televisivo Vaticano (CTV). “This is a hugely significant event and so we wanted to ensure we captured every possible detail using the most technologically advanced equipment. This technological innovation enhances the viewer experience, making it possible to explore the entire frame rather than focusing only on the centre of the image. Viewers can now discover details it would not have been possible to perceive with older technologies.”

“CTV chose Sony’s 4K system because its advanced technology enabled it to capture and store an incredible volume of data, documenting the event in the highest detail possible,” said Benito Mari, Country Sales Manager Media Solutions, Sony Professional. “CTV is committed to bringing audiences the best possible viewing experience, having already selected Sony to provide its Outside Broadcast Van which is currently being used to distribute images to broadcaster across the world. 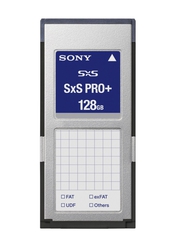 At the heart of the 4K system used on Tuesday was Sony’s PMW-F55 camera which has a new 4K Super 35mm sensor with a resolution of 4096x2160 pixels (11,6 million pixels in total). Equipped with multi-codec support, it includes Sony’s new XAVC MPEG-4 AVC/H.264 format, the SR codec (MPEG4 SStP) and the industry standard high definition codec 4:2:2 XDCAM at 50 Mbps. The internal recording uses the SxS PRO+, Sony’s new SxS support, which can be used to record XAVC HD content with a high frame rate and 4K up to 60 fps.