Optocore Technology Supports Audio for the 2013 US Presidential Inauguration 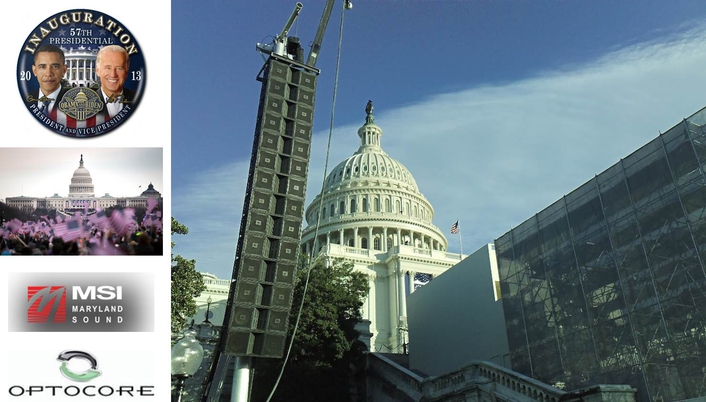 MSI, a long-time user of Optocore technology—a leading choice for powering professional audio, video and data transmission networks in a variety of markets, including broadcast, post production and AV—chose the networks for their multiple levels of redundancy and reputation of superior reliability. This marks the third presidential inauguration in a row for which MSI has chosen Optocore equipment for the critical audio distribution.

With the ceremony taking place on the grounds of the Capitol in Washington, D.C. in January, MSI was faced with unpredictable winter conditions as well as a long transmission path back to MSI’s front-of-house position, nearly 2,000 feet from the last speaker tower. MSI and audio designer Patrick Baltzell needed a way to distribute audio signals with as few conversions as possible in order to ensure the approximately 1 million attendees heard every word.

MSI chose Optocore network technology in order to drive the signal chain directly from the Yamaha PM5D FOH mixing console, using Optocore YG2 Yamaha cards that were connected with redundant fibre cabling to the locations of the loudspeaker processors and amplifiers. This provided MSI with lossless digital transmission, which is critical in order to properly transport the audio with crisp sound and clarity over such a long distance transmission path without any glitches. 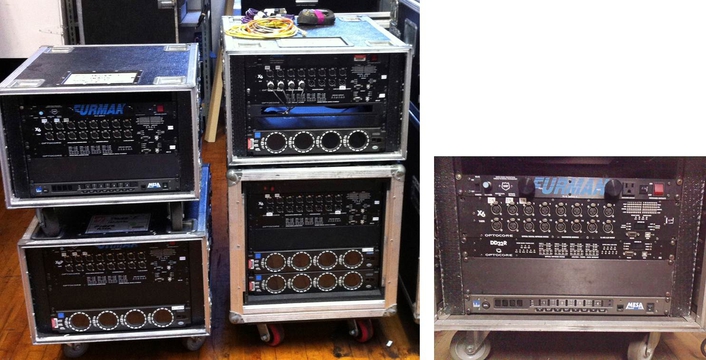 “The Optocore networks we put in place for this year’s ceremony certainly made access to all of the amplifiers, signal processors and overall signal distribution far easier and more reliable than in the past,” says Brian Bednar, system technician, MSI. “This time around, everything was more streamlined and faster to set up and tear down at the end of the event.”

The main Optocore network consisted of a YG2 card in the Yamaha PM5D FOH mixing console connected to an Optocore DD32 networked AES/EBU device on stage right and another DD32 on stage left. Each DD32 was connected to an Optocore X6P-8/8 analogue converter and a Dolby DLP loudspeaker processor via AES. The X6P converters gave MSI the ability to feed all the devices that were not AES and/or not driven through the Dolby processor units.

The DD32R-FX proved to be a helpful add-on for this year’s sound system, with its built-in network-wide Ethernet switch. The Optocore network allowed MSI easy access to the Dolby DLP loudspeaker processors and amplifiers located off the main site. With a broad part of the sound system offsite, it was then easier to maintain control and monitoring of all the devices on the network to see if they were functioning to MSI’s specifications.

“It is my role to help the FOH engineer tune the system, so having access to all parts of the system at all times in order to make changes without my needing to leave the FOH position was invaluable,” says Art Isaacs, project manager, MSI. “The X6P-16IN converters gave us the functionality to run measurement microphones from multiple city blocks away back to the FOH position. Using the Optocore system proved itself to us in many ways. The sound system was extremely quiet due to the all-AES based drive system. Ethernet access to all of the online devices proved extremely helpful and provided great flexibility. I can only hope that in 2017, we can continue to work with Optocore systems to further enhance the sound system.”

The relationship between Optocore and MSI extends back almost a decade. “Optocore has been part of MSI’s rental inventory since 2004,” confirms Tine Helmle, director, Optocore. “We are proud to provide MSI with the solutions it needed to ensure the audio was heard loud and clear during such an important and historic U.S. event as the presidential inauguration. We look forward to working with them well into the future.”