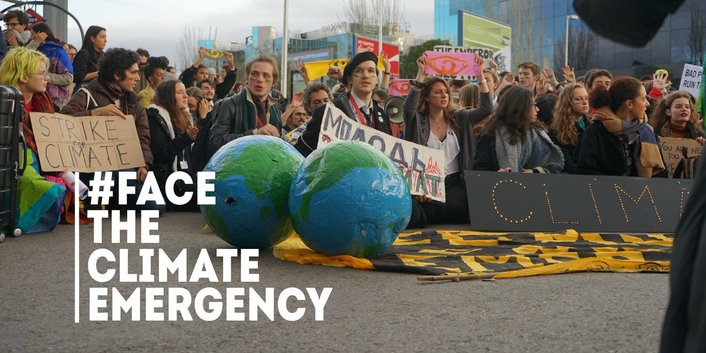 This letter has been sent to all EU leaders and heads of state on 16 July 2020: You must stop pretending that we can solve the climate- and ecological crisis without treating it as a crisis

Here are our demands of this open letter:

These are some first steps, essential to our chance of avoiding a climate- and ecological disaster​.

We understand and know very well that the world is complicated and that what we are asking for may not be easy.​ The changes necessary to safeguard humanity may seem very unrealistic. But it is much more unrealistic to believe that our society would be able to survive the global heating we’re heading for, as well as other disastrous ecological consequences of today’s business as usual​.

The last few months the world has watched with horror how the COVID-19 pandemic has hit people all over the globe. ​During this tragedy, we are seeing how many – not all – world leaders and people around the world stepped up and acted for the greater good of society.

It is now clearer than ever that the climate crisis has never once been treated as a crisis, neither from the politicians, media, business, nor finance. And the longer we keep pretending that we are on a reliable path to lower emissions and that the actions required to avoid a climate disaster are available within today’s system – or for that matter that we can solve a crisis without treating it like one – the more precious time we will lose.

There is one other thing that has become clearer than ever: Climate and environmental justice can not be achieved as long as we continue to ignore and look away from the social and racial injustices and oppression that have laid the foundations of our modern world. ​The fight for justice and equity is universal. Whether it is the fight for social, racial, climate or environmental justice, gender equality, democracy, human-, indigenous peoples’- LGBTQ- and animal rights, freedom of speech and press, or the fight for a balanced, wellbeing, functioning life supporting system. If we don’t have equality, we have nothing. ​We don’t have to choose, and divide ourselves over which crisis or issue we should prioritize, because it is all interconnected. 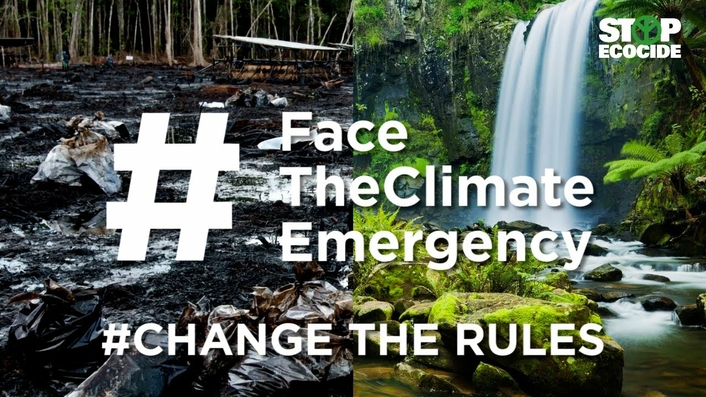 When you signed the Paris Agreement the EU nations committed to leading the way. The EU has the economic and political possibility to do so, therefore it is our moral responsibility. And now you need to actually deliver on your promises.

Net zero emissions by 2050 for the EU – as well as for other financially fortunate parts of the world – equals surrender. This target is based on a carbon budget that only gives a 50% percent chance of limiting the global heating below 1,5°C. That is just a statistical flip of a coin which doesn’t even include some of the key factors, such as the global aspect of equity, most tipping points and feedback loops, as well as already built in additional warming hidden by toxic air pollution. So in reality it is much less than a 50% chance.

And distant emission targets will mean nothing if we just continue to ignore the carbon budget – which applies for today, not a faraway future. 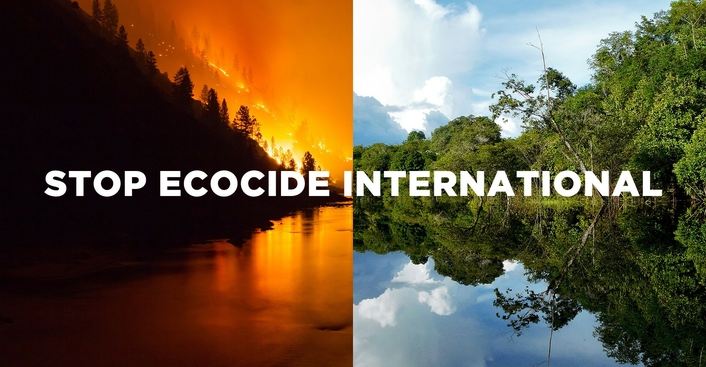 Talking about a “Next Generation EU” investment program while continuing to ignore the climate crisis and the full scientific picture is a betrayal to all “next generations”. Science doesn’t tell us exactly what to do. But it provides us with information for us to study and evaluate. It’s up to us to connect the dots. Well, we have done our homework and we will not accept your extremely irresponsible gamble. The insufficient 50% budget means giving up. And that is simply not an option to us.

Of course we welcome sustainable investments and policies, but you must not for one second believe that ​what you have discussed so far will be even close to enough. We need to face the full picture. We are facing an existential crisis, and this is a crisis that we can not buy, build, or invest our way out of. ​Aiming to ‘recover’ an economic system that inherently fuels the climate crisis in order to finance climate action is just as absurd as it sounds. Our current system is not ‘broken’ – the system is doing exactly what it’s supposed and designed to be doing. It can no longer be ‘fixed’. We need a new system. 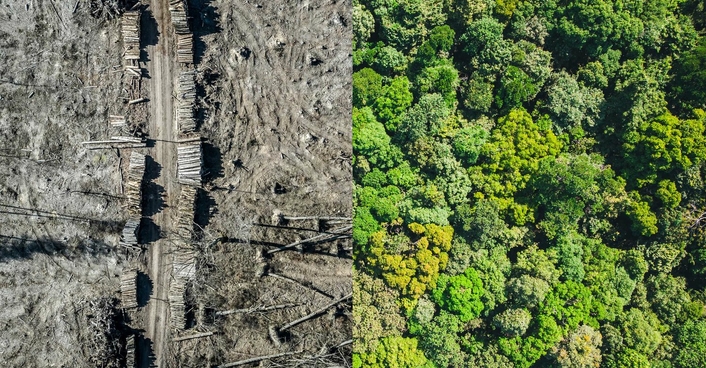 The race to safeguard future living conditions for life on Earth as we know it needs to start today. Not in a few years, but now. And this needs to include a science based pathway which gives us the best possible odds to limit the global average temperature rise to below 1.5 °C. ​We need to end the ongoing wrecking, exploitation and destruction of our life supporting systems and move towards a fully decarbonised economy that centres around the wellbeing of all people as well as the natural world.

If all countries were to actually go through with the emission reductions they have set as goals, we would still be heading for a catastrophic global temperature rise of at least 3-4°C. ​The people in power today have so far practically already given up on the possibility of handing over a decent future for coming generations. ​They have given up without even trying. 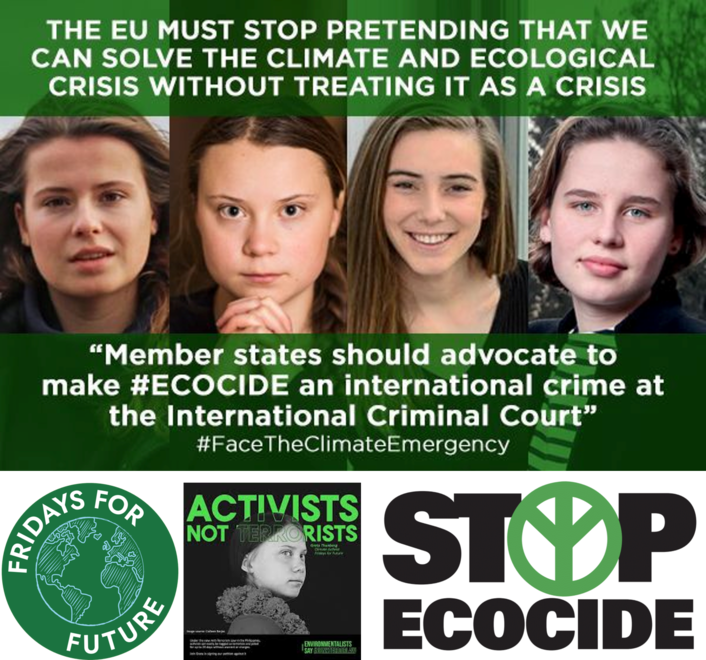 The world’s planned fossil fuel production by the year 2030 accounts for 120% more than what would be consistent with the 1,5° target. It just doesn’t add up.
When you read the IPCC SR1.5 Report and the UNEP Production Gap Report, as well as what you have actually signed up for in the Paris Agreement, even a child can see that the climate and ecological crisis cannot be solved within today’s system.

That’s no longer an opinion, it’s a fact based on the current best available science.

Because if we are to avoid a climate catastrophe we have to make it possible to tear up contracts and abandon existing deals and agreements, on a scale we can’t even begin to imagine today. And those types of actions are not politically, economically or legally possible within today’s system. 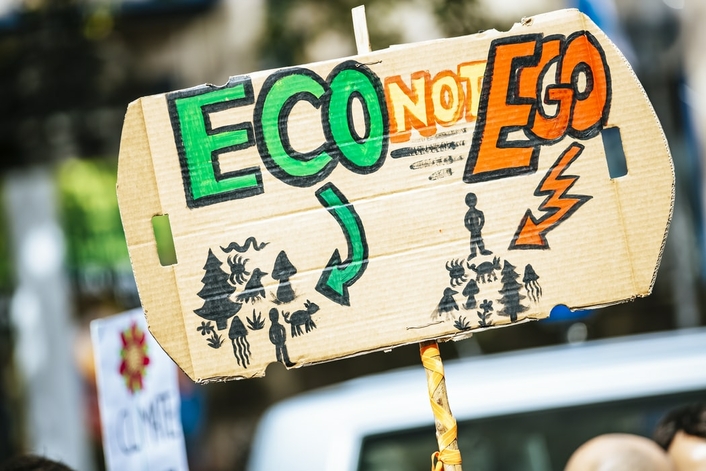 In order to limit global heating to 1,5 degrees, the upcoming months and years are crucial. The clock is ticking. Doing your best is no longer good enough. You must now do the seemingly impossible.

And even though you might have the option of ignoring the climate crisis, that is not an option for us – for your children. Right now, there is no place on earth where children face a future in a safe environment. This is and will be very much a reality for the rest of our lives. We ask you to face the climate emergency.