This high profile conference in China, which culminated in a spectacular Gala Dinner, relied on a selection of DPA Microphones
DPA Microphones played a significant part in the success of this year’s Fortune Global Forum, which was held in June in Chengdu, China.

CEOs from some of the world’s largest multinational companies gathered in Chengdu for the three day event, which was also attended by China’s Vice Premier Zhang Gaoli and other Chinese dignitaries. The Forum culminated in a Gala Dinner during which guests were entertained by musical performances by 30 guzheng players, opera singers, choral and pop singers, and a piano performance by Lang Lang, China’s premier classical pianist. 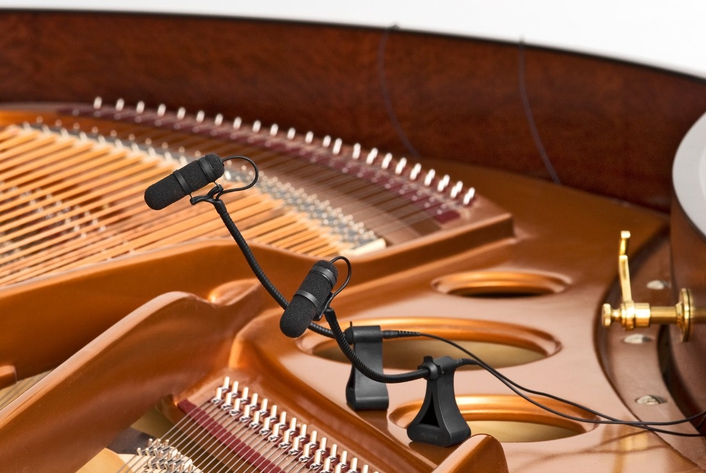 Prior to the event, Fortune’s Audio Designer Ron Lorman contacted Ken Kimura at DPA’s APAC office in Hong Kong and requested his help in sourcing microphones for the Gala Dinner.

“I have been using DPA d:fine™ Headset Microphones for some time and was aware of the quality of DPA’s product range,” Lorman says. “This event was of huge importance and it was vital that I delivered exceptional audio quality, therefore DPA was the obvious first port of call when it came to sourcing the right microphones.” 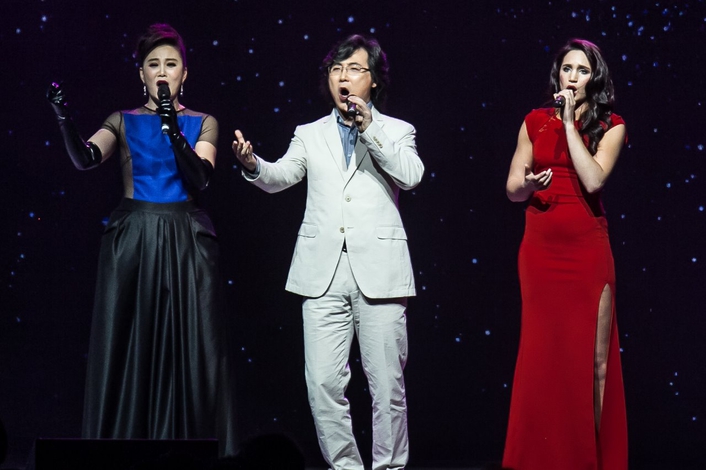 With help from Ken Kimura and Pike Xin, Product Manager at DPA’s Chinese distributor Digital Media Technology, Lorman was able to access exactly what he needed. At the Gala Dinner he had 100 inputs to deal with and all of the primary inputs were miked with DPA.

“During the conference sessions, I used assorted mics including my own stock of DPA d:fine Headset Microphones for the various presenters. The d:fines work exceptionally well because they deliver excellent intelligibility and are very comfortable for the presenters to wear,” Lorman says. “The Gala Dinner, however, presented a number of interesting microphone challenges, and this was where the advice and help I received from Ken and Pike was invaluable.” 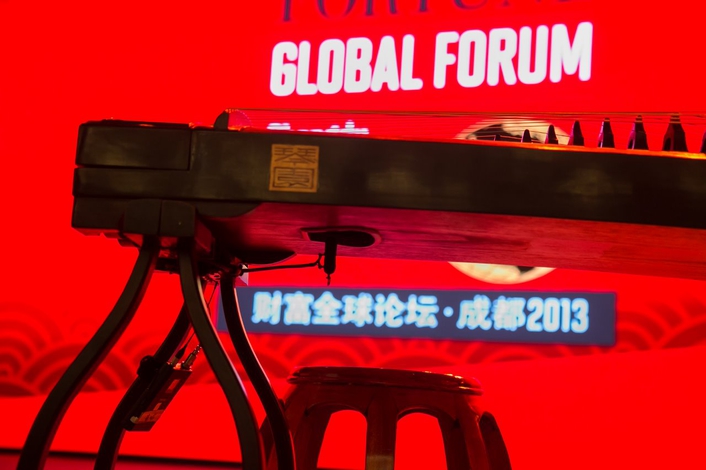 “I had very little prior information about the guzheng players, so I wasn’t sure if I needed to mic every instrument – or indeed where it would be best to mount the microphones,” he says. “In the end we used DPA d:vote™ 4099 Instrument Microphones that we placed underneath the instruments, mounted to the stands with universal clips. They were able to capture the sound without getting in the way of the performance. The various d:vote 4099 mounting systems proved to be extremely flexible and well thought out.”

“The drums were very dynamic and the d:vote 4099s captured every nuance,” Lorman says. “Among the many highlights of the Gala Dinner were vocal performances by the opera singers, Liao Changyong, Laura Wright and You Hongfei, and by Tan Weiwei, China’s premier pop artist. For these artists I used DPA d:facto™ Vocal Microphones and I must say, I was incredibly impressed by the results these mics delivered.”

The vocalists all used wireless versions of the d:facto Vocal Microphone, in conjunction with a Shure R wireless system. UK opera singer, Laura Wright, was an inspiration for this choice as she preferred to work with a handheld microphone rather than use a headset mic. According to Lorman, the two Chinese opera singers were comfortable to use d:facto Vocal Microphones, and these were provided for all three performers.

“I haven’t experienced the d:facto Vocal Microphone before and I was very impressed by it,” Lorman adds. “The sound it delivered was very smooth and clean, and perfect at the top end. The off axis response was very tight, with excellent plosives rejection and subtle proximity effect, all excellent characteristics. Singers all love the way it feels in their hands and are very comfortable with it. d:facto really is a very formidable and unique microphone, and I can see why artists like Sting are using it.” 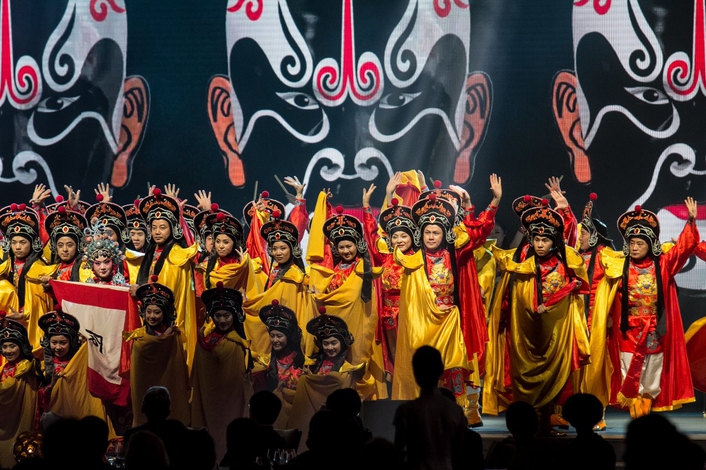 “I’m so impressed with the d:facto Vocal Microphone and the d:vote 4099 Instrument Microphones with the multiple mounts that I have now purchased them for my own stock,” Lorman adds, “And I can predict that they will be getting plenty of use.”