Broadcast and Comms for European Elections with Riedel

"For this 'mother of all elections,' we needed a dependable and very versatile network to support all broadcast and communications requirements," said Michel Melotte, technical video coordinator for DB Video, which provided the complete Riedel system for the elections as well as all broadcast sets and audiovisual facilities. "We have used Riedel equipment on big events like Tomorrowland TV and were familiar with its power and flexibility, and we knew that we could deploy it to create a decentralized matrix with signals available throughout the whole network. Thus, despite the fluid, fast-paced nature of elections coverage, we ultimately were able to accept any signal, process it as needed, and deliver a quality output to any point on the network." 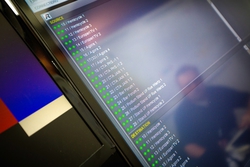 The large-scale system installed within the parliament buildings by DB Video for the elections included 40 MediorNet frames connected over redundant fiber, two Artist 64 systems, the Riedel RockNet digital audio network, and a number of Riedel panels already in use on site. These systems were connected in a ring topology over a fiber network put in place by DB Video in co-operation with Amubel, which then connected to the in-house fiber network.

The Riedel network enabled DB Video to interconnect seven different broadcast sets with up to 10 cameras each, which were used for press conferences, interviews, and live commentary on the results. An additional 40 SNG and over 60 live stand-up positions were set up throughout, and adjacent to, the parliament buildings to complement these sets. Because DB Video had created a plan to address both routing and processing, including up/downconversion, embedding/de-embedding of audio, and synchronization, Riedel was able to preprogram and test the whole system in advance. The installation was nearly plug and play, allowing DB Video to install the network much faster than expected and to focus on final adjustments to the network configuration.

During the elections, the Riedel systems proved to be very stable, maintaining high quality outputs even when pushed to 95 percent of available bandwidth. Technical support from Riedel was on-site throughout the event to ensure that any issues could be resolved quickly. Given the success of the Riedel gear in this application, the European Parliament is evaluating the system for a fixed installation in its Strasbourg, France, parliament buildings. 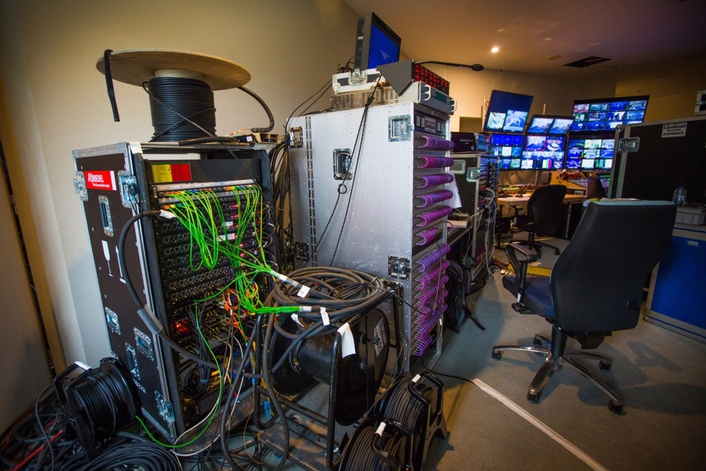 "Riedel equipment excels in the most challenging of environments, including live coverage and communications support during high-profile elections," said Thomas Riedel, CEO of Riedel Communications. "The Riedel Benelux team worked closely with DB Video and our counterparts within the European Parliament to make sure that the installed fiber network could support a high volume of signals while maintaining high video and audio quality, as well as flexibility in managing a continually changing array of sources and outputs."

About DB Video
At DB Video, we specialize in reportage and multicamera solutions for events and broadcast and develop comprehensive audiovisual packages for large, complex events as well as small, personalized projects. We have over 20 years of experience and offer all the necessary expertise and technical knowledge, as well as the most up-to-date equipment. Our offices are located in Belgium, the Netherlands, and Luxembourg.