From Brazil to Russia

Today the eyes of the world are still on Brazil but with the curtains closing on what has been a truly memorable tournament, the focus will soon shift to 2018 when the biggest country in the world gets set to host football’s flagship event for the first time.

The ceremony took place inside the iconic Maracana Stadium with FIFA President Blatter presenting a signed certificate to mark the hand-over from Brazil to Russia while Brazilian President Dilma Rousseff and President of the Russian Federation Vladimir Putin together received signed official Match Balls.

“FIFA’s World Cup in Brazil had a very special message to give – a message of togetherness and of connecting people, a message of peace and of anti-discrimination. We have enjoyed a successful World Cup and we will have a legacy in this country. At the same time there is a responsibility for the next host country and I’m confident that Russia will take on this responsibility and also give us a wonderful World Cup to remember in 2018,” said FIFA President Blatter after the hand-over.

President of Brazil Dilma Rousseff added: "Brazil is very proud for once again having staged the biggest football celebration in the world. In the last 30 days the world has been connected to Brazil, celebrating goals with a lot of emotion in the 12 host cities and making this the World Cup of World Cups. I am sure that everyone who came to Brazil, like tourists and delegations, will take back memories of our hospitality and joy, and we Brazilians also have unforgettable memories. I wish the Russian people great success in the organisation of the 2018 FIFA World Cup."

“I want to congratulate President Rousseff on how the World Cup was organised,” said President of Russia Vladimir Putin. “Football helps to solve social problems. Our task is to create the best possible conditions for the coaches, players, experts and fans. I am grateful to President Blatter and his colleagues from FIFA for the honour to organise the World Cup. We will do all we can to organise the event on the highest level”.

Russia will stage the first major milestone event next July in Saint Petersburg when the qualifying pathway for FIFA’s member associations will be defined at the Preliminary Draw. 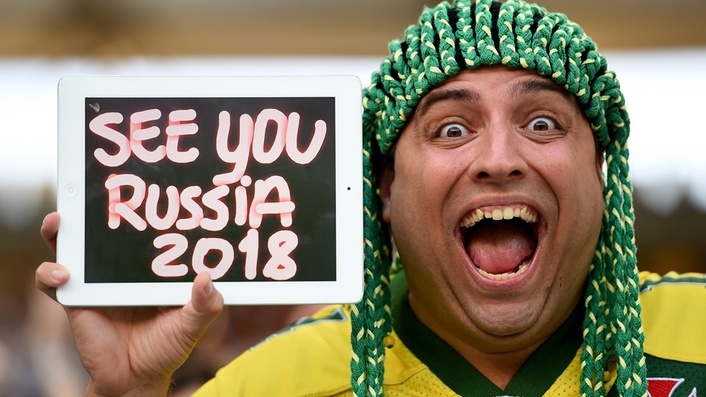