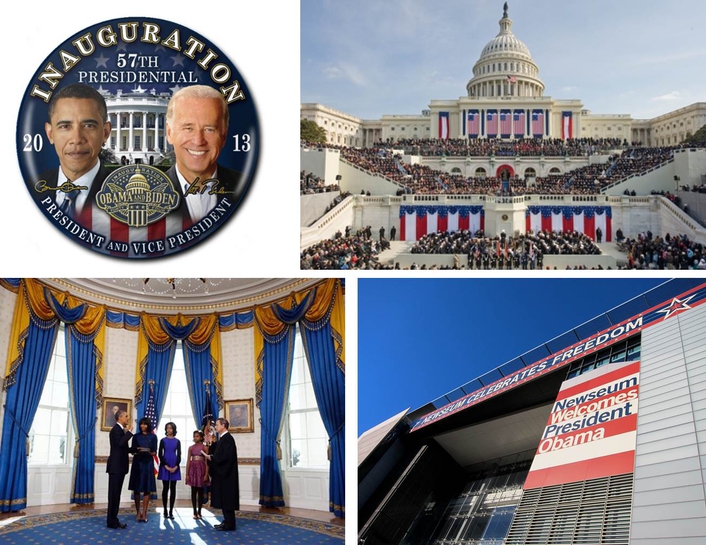 From the Capitol to the White House and the Newseum, Bexel Equipment and Engineering Services Help Capture Inaugural Festivities
As the second inauguration of Barack Obama as the 44th president of the United States takes place today in Washington, Bexel, a unit of the Vitec Group’s Services Division and a leading worldwide provider of broadcast services, will be on site, supporting several major broadcast networks. From equipment rental packages to engineering services, Bexel’s support will span key locations, including the parade and presidential walk, as well as ongoing coverage from the historic Newseum, for the 57th inaugural ceremonies.

The week of inaugural festivities will kick off with the presidential swearing-in ceremony, inaugural address and inaugural parade. To support network broadcast coverage of these events, Bexel is providing numerous clients with microphone packages, cameras, lenses and racks, along with wireless intercoms, IFBs and headsets.

Following the conclusion of the swearing-in ceremony and inaugural luncheon, President Obama and Vice President Joe Biden will make their way down Pennsylvania Avenue to the White House. Bexel is providing Sennheiser MKH 416 and MKH 418 shotgun microphone packages to capture audio as the procession makes its way from the Capitol. The company is also lending Sony HDC-1500R camera chains, AJA frame syncs and a 50-input Evertz DA rack with 280 outputs as part of a temporary control room set up at The Newseum to support broadcasts related to the inauguration.

The Newseum, a 250,000-square-foot museum of news and journalism that chronicles five centuries of news history, will be the central location for media covering the inauguration. Conveniently located between the White House and the Capitol, it will host many major television news networks along with radio broadcasters, print reporters and photographers from a wide array of organizations.

“Several of Bexel’s broadcast clients will be using the Newseum’s facility as a home base for their ongoing coverage,” says Marcos Nieves, senior account executive of technical sales and business development, Bexel. Whether covering the parade live or hosting panels of experts and guests throughout the week, Bexel will provide wireless audio equipment, 42x Fujinon HA42x9.7BERD F/S lenses and several RF wireless mic systems for use at the facility. This is all in addition to the facility-wide wireless intercoms and IFBs that will be in use, which were installed by Bexel when the facility opened. “We are at an advantage at this site, as we installed a Bexel Managed Antenna System there back in 2007, which allows production personnel to roam freely throughout the facility.”

Throughout the duration of the 2013 inaugural events, Bexel’s Senior RF Engineer Jim Dugan will be on site at the Newseum, supporting the networks and handling all RF coordination for the broadcasts.