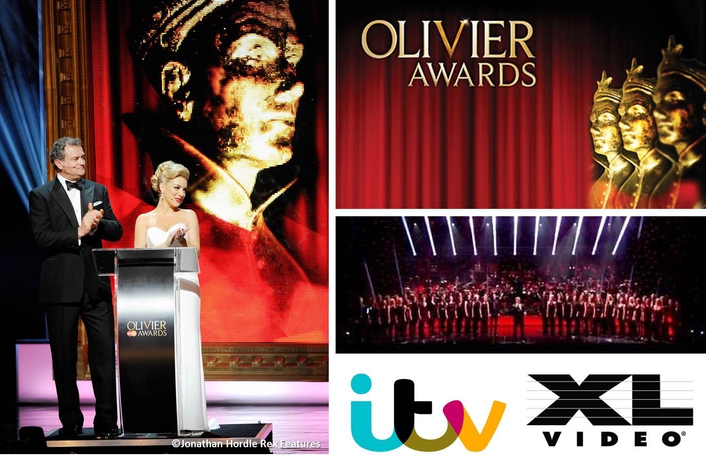 Hugh Bonneville & Sheridan Smith presented the Olivier Awards 2013
The Olivier Awards are a glittering celebration of the very best of British Theatre, recognising actors and productions alike for stunning performances across a range of genres.

For the 3rd consecutive year, XL Video sponsored the Award for Best Set Design (won by Bunny Christie and Finn Ross for ‘The Curious Incident of the Dog in the Nightime’) as well as supplying video equipment for the awards ceremony. 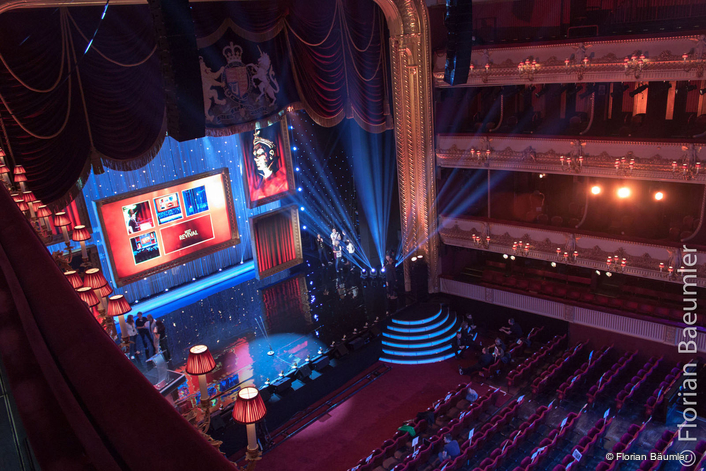 Content for the side LED screens was fed by XL’s Catalyst media servers (main and ‘hot’ backup) programmed and operated by Dan Bond with the main screen fully operated by the ITV Broadcast team. 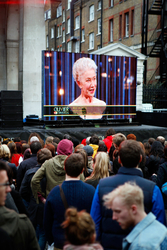 XL Video also supplied scenic LED for the band risers in the form of Barco MiStrips. These were controlled via an additional dedicated main and backup lighting Catalyst unit, triggered from a grandMA2 console supplied by White Light.

In addition to the Opera House ceremony, XL supplied video for the live outside broadcast site in Covent Garden Piazza.

During the ceremony the broadcast feed cut to the Piazza for the announcement of the special BBC Radio 2 Audience Award - to Billy Elliot The Musical - and for a one-off performance from the cast of ‘Loserville’.

In Covent Garden two 4 tile by 3 tile IMAG screens, formed from Lighthouse R7, showed a live relay of the ITV feed. Prior to the show XL’s Catalyst media server, running via a Roland V-800HD mixing desk, supplied the screens with footage of the Olivier Awards’ nominees interspersed with advertising from the Society of London Theatre.

Ed Cooper comments: “To be a part of the Laurence Olivier Awards is a great honour. It is fantastic to see colleagues in the industry and projects we have worked on receiving recognition. It is always tricky managing the two sites whilst fitting in around the busy Royal Opera House repertory schedule, but with a hard working crew and great teamwork, the ceremony was a huge success.” 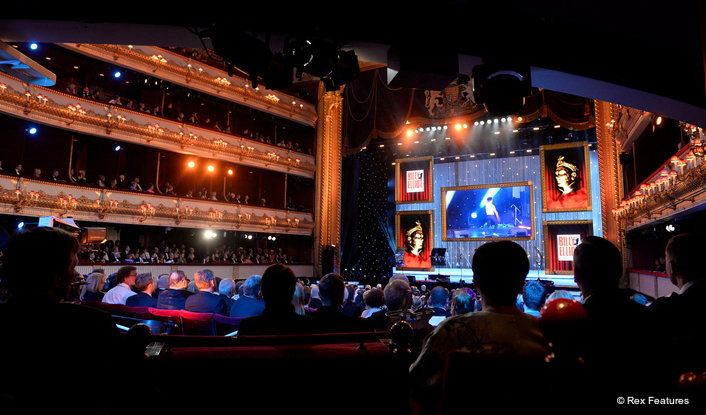