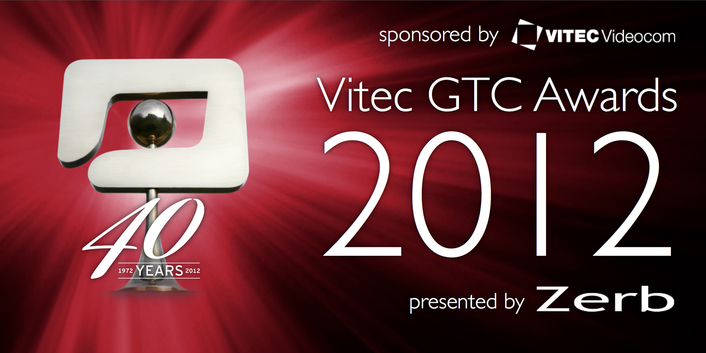 The GTC’s 40th Annual General Meeting will be held in conjunction with the Vitec GTC Awards 2012 presentation
The Guild of Television Cameramen (GTC) has announced the shortlist for Vitec GTC Awards 2012. The awards will be presented at the IET Austin Court conference centre in Birmingham on the evening of Friday 11 May. The event, sponsored by Vitec Videocom, will be followed by a celebration party with live Cuban music from Alma Latina.

"Three notable and independent judges joined GTC Council members to view and deliberate on the nominations," comments John Tarby, GTC Awards Event Manager. "The input from Chris Owen (Head of Cameras, The London Studios) as well as Gwyn Evans (colourist) and Alan Roberts (colour scientist) was invaluable and added a new dimension to the judging process”.

The judging panel met early March in the BSC Viewing Room at Pinewood Studios to view the 21 nominations across nine categories as sent in by peer cameramen who are GTC members.

Chris Owen, who chaired the judging panel, said after the judging: “If there was one difficulty we had in supporting some of the nominations, it was the evidence in front of us after the pictures had been heavily edited and effects added to the end result, which may not have shown the true camerawork fully at its best.”

My Life as a Turkey: BBC2
Camera: Mark Smith and David Allen

Nominees for GTC Seal of Approval:

GTC masterclasses and 40th AGM
The GTC’s 40th Annual General Meeting will be held in conjunction with the Vitec GTC Awards 2012 presentation. Members will be able to review the Guild’s first 40 years as well as play an active part in shaping the day-to-day running of the GTC. Two 120-minute interactive masterclasses will also be held on 11 May: Camera Settings (by Alan Roberts) and Lighting (by John Rossetti with Alan Roberts). Additional events are planned for Saturday 12 May. The two day event is open to GTC members, GTC sponsors and non-members.