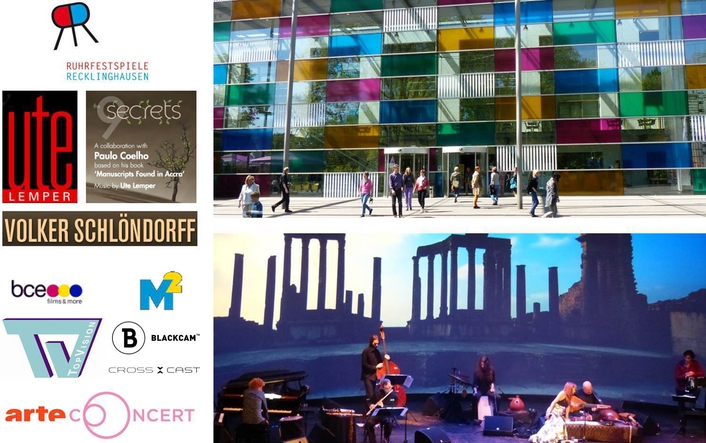 Ruhrfestspiele Recklinghausen OnAir with Ute Lemper on arte concert
After many years Ute Lemper, one of the few German world stars, returned to the Ruhrfestspiele in Recklinghausen with an interpretation of Paulo Coelho's "Manuscript found in Accra" while the great German filmmaker Volker Schlöndorff has delivered the idea of the projection of a landscape of ruins on a cyclorama: Stars shine. It dawns. The sun rises over the horizon, a day takes its course. The projection shows us in fast motion the play of clouds and cloud shadows on the ground. We see landscapes in wide-screen panorama, and only the crumbling walls let us suggest that here once humans have seemed.

The pictures let arise a sense of timelessness, a sense that this planet has existed long before humans and will exist long after them. In fact, these images created a strong visual element in the stage action, an own composition of light and shadow, competing with Ute Lemper's compositions on the texts from Coelho's "Manuscript found in Accra". She vocalized  the strong emotions that the wisdom of the Brazilian author have triggered in her, sang them out into the world - while excellent international six-member band supported her with a knowledgeable knotted tapestry of sound including elements of chanson, jazz, Latin American and Arab sounds. Ute Lemper explaines: "I have digged deep in my heart to grasp the essence of these wonderful lines and to find a corresponding beauty and harmony in music." 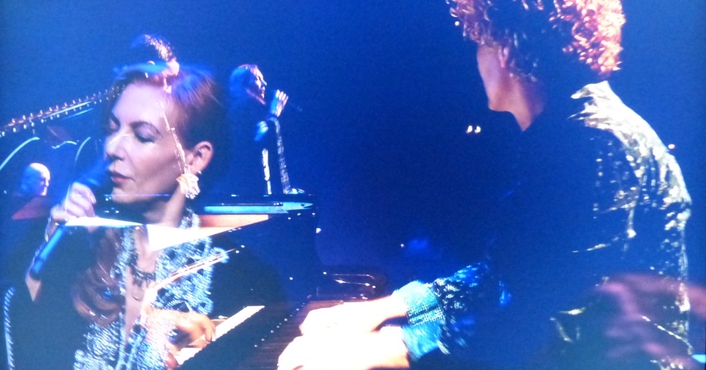 Ute Lemper performs on 10 May at the Ruhrfestspiele 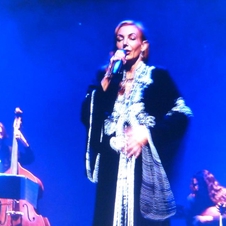 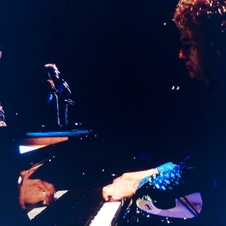 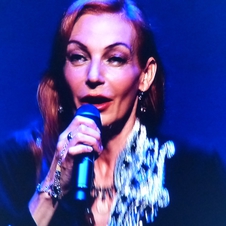 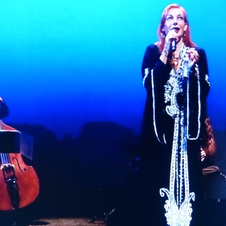 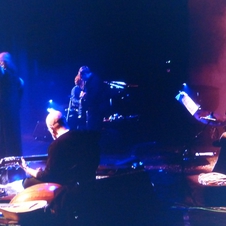 The 100 minute performance was covered live with nine cameras for arte concert on 10 May by a skilled team of video professionals around Bettina Ehrhardt (Vision Director) and Max Penzel (Vision Design) with the support of TopVision’s HD OBVan Ü2 and an UpLink van of CrossCast.

The screen for the Cyclorama was delivered and installed by Höhnerbach Veranstaltungstechnik Duisburg while the three high definition projectors (Panasonic PT-D221 Pegasus) were delivered by Team Technik Recklinghausen. Delil Aziz adjusted screen and rear projectors and together with Sebastian Lempe of M² he delivered a perfect edge blended and worped signal on to the Cyclorama which formed the cinematic backdrop for Ute Lempers performance on stage. Volker Schlöndorff’s idea of time lapse recording of an ancient landscape was realized by Christoph Malin and Max Penzel in Tunesia. After some post-production the signal was projected in a resolution of 3,924 x 1,200 pixel and amazed the audience with brilliant colours. 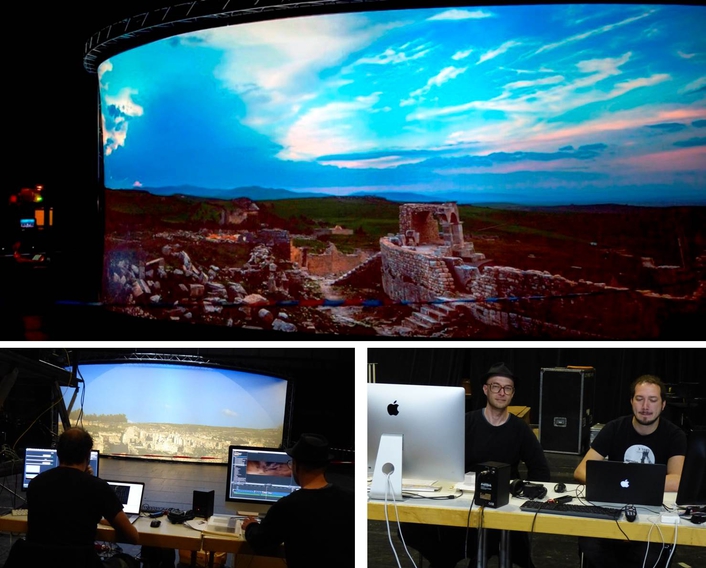 Cyclorama and the two operators Sebastian Lempe and Delil Aziz 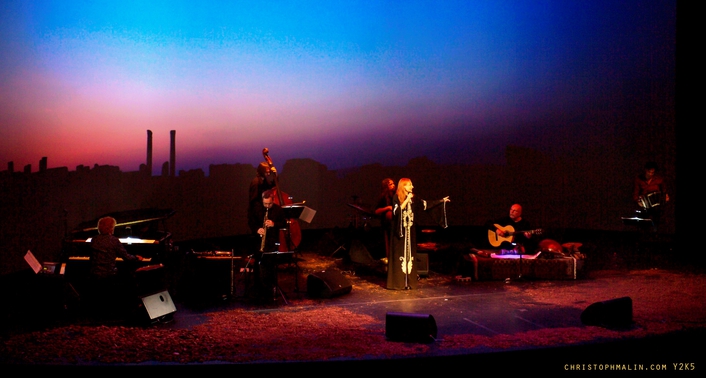 Ute Lemper and the musicians in front of the Cyclorama

To cover Ute Lemper’s performance in front of the Cyclorama the team of TopVision has set-up nine cameras on and in front of the stage. The two lead cameras were Sony HDC-1000s while the handheld cameras on stage were Sony HDC-1500s. A Blackcam track camera was equipped with another HDC-1500 on a remote head. One more HDC-1500 with an 86x zoom lens was located in one of the VIP lounges and supported the two lead cameras. All Sony cameras were equipped with Canon lenses. In addition we saw two remotely operated DomeCams on stage and one fixed HD1200 camera from LMP Lux looking onto the piano. 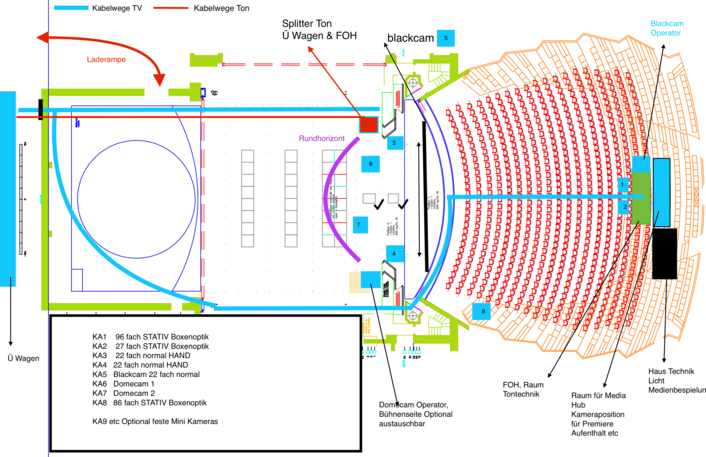 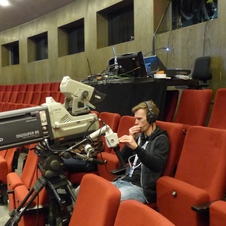 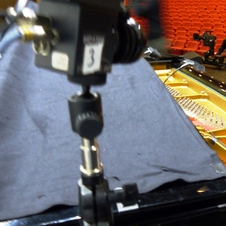 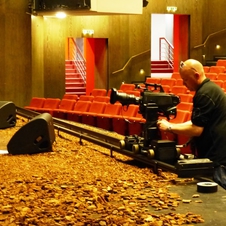 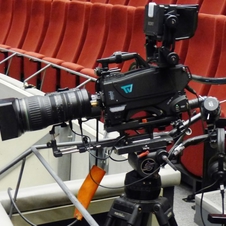 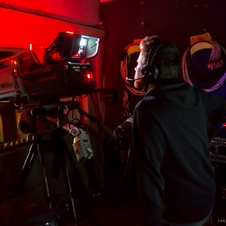 All camera shading was done in TopVision’s OBVan Ü2 and the aligned signals than were displayed in the production gallery where director Bettina Ehrhardt together with vision mixer Sabine Quiter and partitur reader Margita Linde performed the live mix. Audio for the live signal was mixed on a Stagetec Aurus  by  Sebastian Riederer von Paar (Audiamus) and Jörg Goertz. 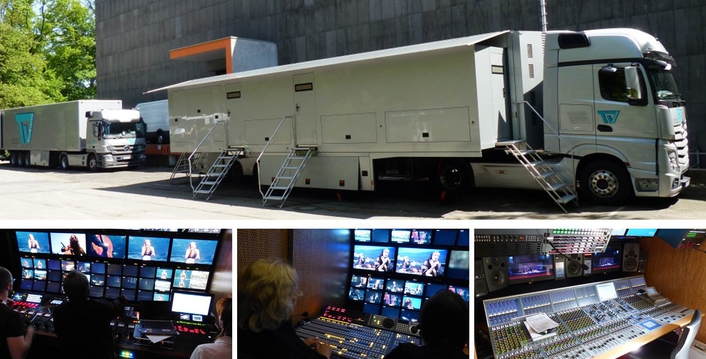 The HD SDI signal with embedded audio was then handed over to the CrossCast UpLink Van who transferred the signal via a Dorson 80cm antenna to the Limelight contend delivery network (CDN) in Frankfurt from where it was delivered to arte for distribution to the www with a guaranteed bandwidth of 3Mbit.

Additional Production Information:
Ute Lemper was performing with a Neumann microphone while the instruments were covered with DPA microphones. FOH console was a Yamaha CL5 and was operated by Massimo Carli while for the monitor mix a Yamaha CL3 did the job. Fohhn Loudspeakers were used for PA and monitoring. Stage lighting was carried out with a Strand Lighting console. 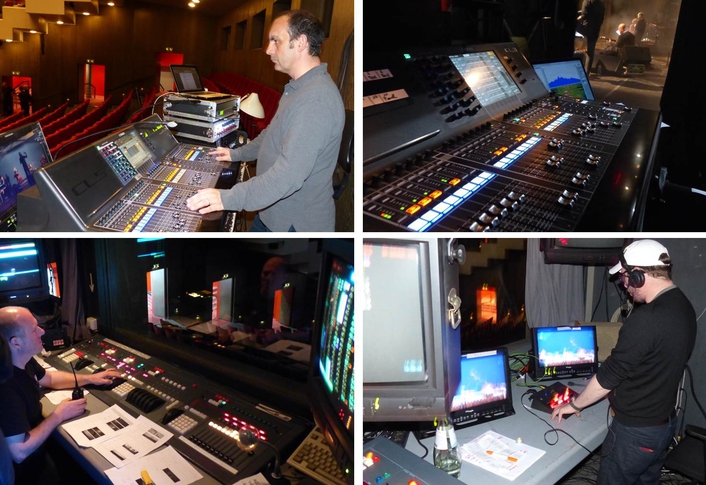 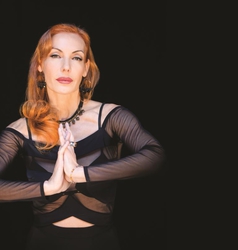 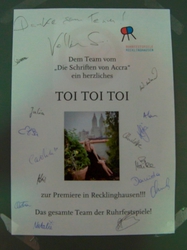 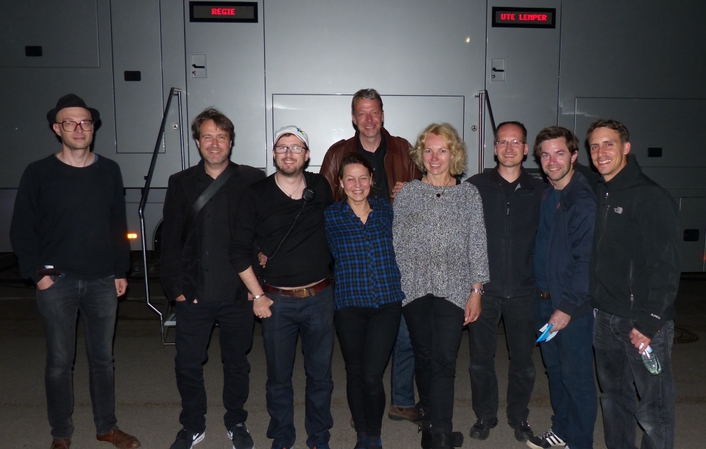 The creative team in front of the TopVision Ü2