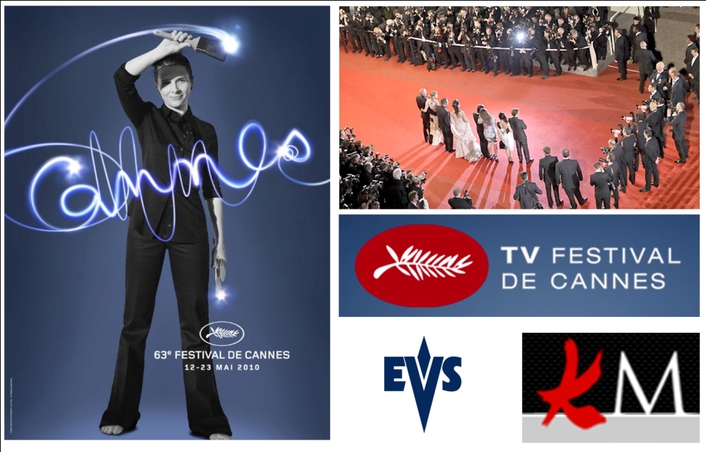 During 12 days, from 12 to 23 May, TV Festival de Cannes provided in exclusive 24-hour coverage of the 2010 Cannes Film Festival, including the opening and closing ceremonies, press conferences, interviews, Red Carpets and reports of the side events of the festival.

For this prestigious event, KM chose to work with 2 XT[2] video production servers and IPDirector content management software from EVS to produce clips during the recording of live feeds as well as to control and manage the playout of edited packages created on Avid Media Composer.

Due to the seamless integration between EVS and Avid systems, editors sent material created on Avid Media Composer to the XT[2] servers as native IMX MXF files. As a result, no transcoding was necessary and operators began airing the edited material while the ingestion of video files was still running.

The production playlist of IPDirector also gave operators the possibility to delay the airing of certain playlists, so that these could run in a loop during the evenings.