“The music becomes somewhat mystical.”
As in recent years, sound engineer Carsten Kümmel handled classical production duties at the 2014 Thurn & Taxis Classic Festival (Schlossfestspiele) in Regensburg/Germany. Among the performances he mixed were Guiseppe Verdi’s Rigoletto, Operas in Bavarian and the gala performance of star soprano Angela Gheorghiu and the Symphonic Orchestra from Hof/Germany – all on a Lawo mc²56 console. In addition to Kümmel’s work as the event’s house engineer, guest mix engineers, such as Giora Feidman, were able to use the console extremely comfortably.

The most testing production for Kümmel was Rigoletto, where more than 60 microphones were in use. As previously, he took a two-level approach to the console setup – one level was used for inputs and outputs that did not change during the festival (including feeds to the stage manager, the interval bell and communication with the stage) with a second level dedicated to the various performances. These included, for example, the levels of singers’ mics, the band and orchestra. 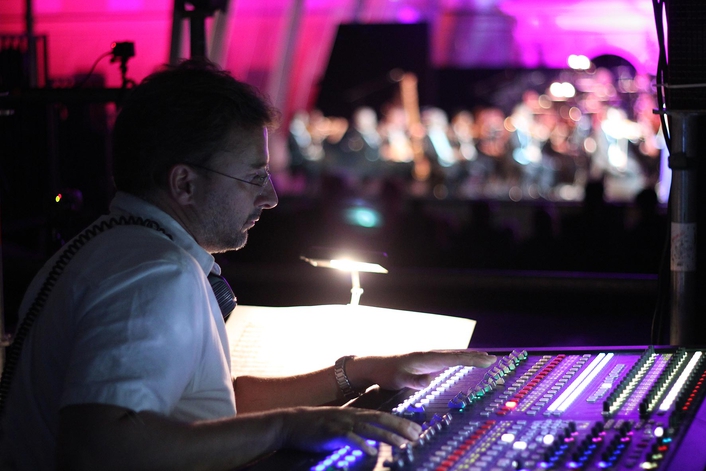 Soundcheck by laptop
Together, v5 software for the mc²56 and Lawo’s mxGUI software enabled Kümmel to access all the mixer parameters – including EQs and effects – from his laptop at different positions around the venue, including sitting in the grandstand for the soundcheck. "During quiet passages, listeners should have to concentrate on the sound, sit on the edge of their seats and really get involved. The audience goes quiet and the music becomes somewhat mystical," he says of his approach to classical music production.

Perhaps inappropriately, Kümmel applied the console’s loudness metering permanently to the inputs after faders. He was not concerned with the total volume – as is common in broadcasting – but grouping instruments or singers’ voices to ensure that everything could be heard. "If 50 microphones are open, you can never be sure if all 50 microphones are also to be heard,” he argues. “As soon as one is 10dB below the others, it disappears in the sum. Loudness metering gives you visual feedback as to whether all mics are evenly leveled.”

The snapshot feature of the mc²56 was invaluable for the Glenn Miller night, where three singers used the same microphone. The setup for each singer was stored with as snapshot, and later switched in at the touch of a button at the console. Kümmel also used the console’s Listen Sense function to assess different EQ settings before applying them. 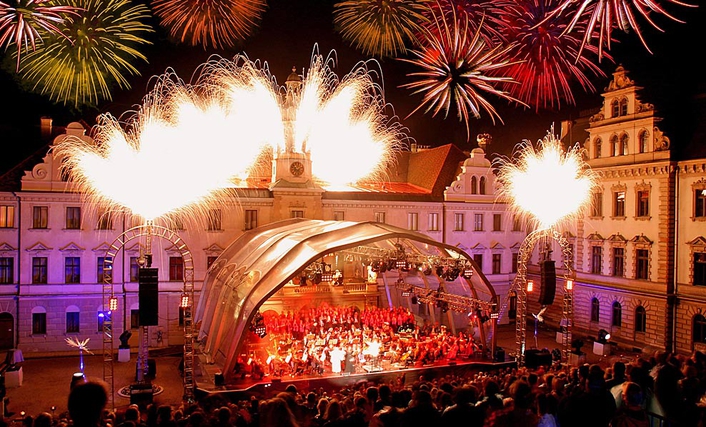 Extra performance of ABS
Kümmel regards his collaboration with rental partner Audio Broadcast Services (ABS) as excellent – although he used a different mc²56 console from last year, he found all the productions and setups ready to use them or to build on. "Just a ‘blank’ system would have been perfectly fine, but this is really a first-class service,” he says.

He believes that the Schlossfestspiele was a successful festival, not least because the equipment involved was at its best: "The mc²56 worked perfectly from the beginning. Only small changes to the configuration were necessary, and they were made easily – Lawo’s service was super responsive and they were implemented swiftly within half a day!"