A Technology Trio at the Opera 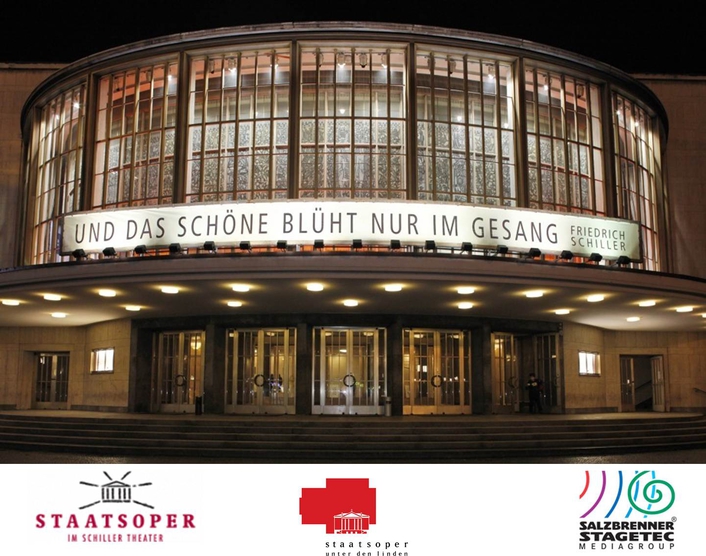 SALZBRENNER STAGETEC supplies audio, video, and stage-management systems for the Berlin State Opera’s temporary home
Moving an opera is not trivial: Two years of renovation works at Berlin’s Schillertheater are now complete. In October, the theatre will become the temporary home of the Berlin State Opera because the main house at Unter den Linden requires renovation. As a system provider, the SALZBRENNER STAGETEC MEDIAGROUP participated in the project of making the 200-year-old theatre building fit for use as an opera. The high-performance media infrastructure now installed will allow for state-of-the-art drama productions even when the Opera returns to its home in 2013.

The project realized by SALZBRENNER STAGETEC comprises the audio, video, stage-management, and sound reinforcement systems, as well as voice evacuation and public address systems. While the stage-management and evacuation/pa systems were designed from scratch, numerous existing audio components had to be integrated into the new digital audio infrastructure for the auditorium and production rooms. The technicians installed a fully digital NEXUS system featuring 268 inputs and 184 outputs. Optical lines and a total of six MADI units interconnect two mixing consoles located respectively in the control room and in a small production studio. Another two mobile NEXUS Base Devices provide additional digital connectivity to a small console in the hall or to OB vehicles.

The NEXUS transmits the signals to a copper-based network that makes the audio available at critical locations throughout the premises via 20 Ghielmetti patch bays. More than 50 kilometres of cabling were installed to achieve this unusual combination of digital and analogue systems. “Because the future uses of the Schillertheater were not clear at tender time, the Berlin senate, as the owner of the building, opted for this solution since the NEXUS will definitely go into the Opera inventory. Thus, they are on the safe side no matter what type of system will be implemented in the future,“ Stefan Ludewig, project manager at SALZBRENNER STAGETEC, explains the background of this setup. 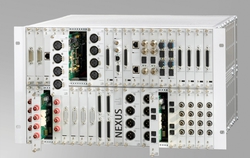 The stage-management and pa/evacuation systems have a complex digital infrastructure. The core of the system is a fully populated STAGE 300 stage-management console by SALZBRENNER supporting 15 subscriber units serving 64 loops. This huge number of loops allows for fine-grained addressing of individual zones inside the labyrinthine building. “The ability to address many loops was one of the State Opera’s main requirements – and one of the reasons for them to opt for our STAGE 300 system”, Ludewig continues. The backbone of the stage-management setup is a NEXUS system which runs basically as a dedicated system but is connected to the mixing/sound-reinforcement NEXUS over MADI lines. It also provides connectivity to a second mobile stage-management desk that is connected to the main desk, but does not include video components. The STAGE 300 system is also the main platform of the public address and evacuation system feeding almost 800 speakers, with individual digital monitoring modules, all over the premises.

Finally, the video network is predominantly analogue and incorporates mostly existing devices. More than 3000 metres of FBAS video cabling (75 ohm) was used to connect five mobile and two stationary cameras delivering footage from the conductor’s stand, the stage tower, etc. The video is distributed to a small recording studio, various stage-monitoring systems, the stage manager’s station, the projector, and a number of TFT screens located in the foyer. “The integration of existing hardware with state-of-the-art digital systems to form a future-proof concept was the great challenge of this exciting theatre project,” Stefan Ludewig concludes. “In addition, the old building fabric demanded a number of specialized solutions. For example, fireproof cable-duct fasteners had to be specifically designed and produced because traditional fasteners could not be used on the lime-sandstone walls.”

A team of 13 SALZBRENNER STAGETEC specialists worked on the construction site between February and early September. On 7 September, the systems were handed over to the Opera.