The Silent Economy Could Change The Way We Acquire, Use Stuff 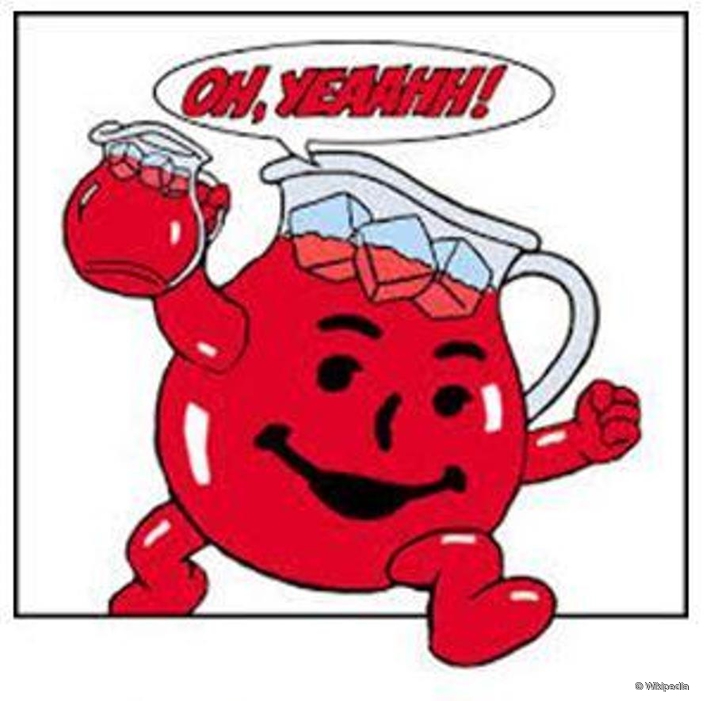 It’s New, Better – Companies no longer work for a year or more on a new product or device and then roll out something that is spectacularly different. Instead, they roll out a new version with a change here and there so they can tell you how superior it is to the one you bought yesterday. People are becoming less interested in drinking the Kool-Aid today.

You’ve just gotta’ love PC/CE/communications announcements.
You know, the one that:
-        Happens just after you got your new ultrabook, tablet, smartphone
-        Makes people look at you with pity that you have yesteryear’s device
Daughter recently got a new iPhone. Son replaced his tablet. They weren’t even a year old fer gawd sake but at that age some status things count.
Frankly, I can’t understand how anyone (except the respective company’s marketing folks) could be overwhelmed with the new crop of smartphones, tablets, ultrabooks, TV screens, you name it.
New units are nice, but mind-blowing?
To die for?
Seriously?

I can remember back when moving from one computer generation to the next every couple of years was a real step up.
The new stuff they’re “announcing”?  NBD (no big deal).
The new devices aren’t overwhelmingly superior … just “new”!

Mind Shift
I got to thinking about the industry’s drive for new devices after reading a recent Motley Fool article and Google blog.

Motley Fool asked if perhaps we have reached the point where electronics devices are "good enough" and people will stop paying extra for the latest and greatest.
The Google blog was about Google Mine -- I got a bunch of stuff, people in my circle have a bunch of stuff, I want to use some of their stuff, they want to use some of mine, so we share or rent each other’s stuff.
Both were intriguing since we are pushing technology so fast it’s hard for people (normal people) to understand it, deal with it, use it. 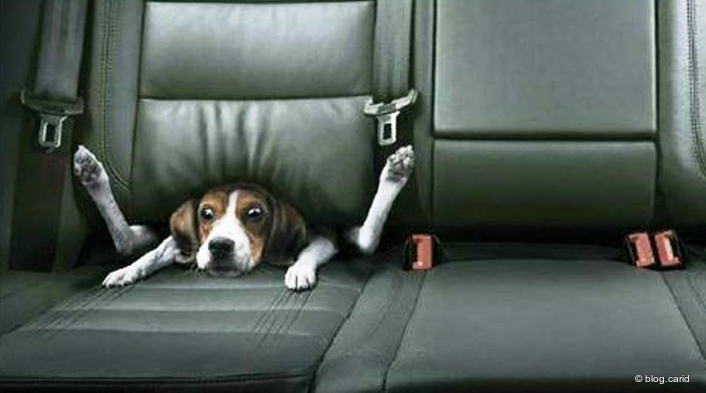 Slow Down Boss – Technical advances and improvements are coming at us at blinding speed; and for many, it feels like the enhancements are coming faster than they can be absorbed, mastered, used.

Way back in earlier times, people had very few “possessions.”
When they moved, they packed up their meager belongings and … moved.
When they really needed something new, they borrowed, traded, swapped one thing for someone else’s thing.
Today, we buy so many things we can’t get our cars in the garage because it’s full of things … our stuff.
Picking up and relocating is tough because of all of our stuff. 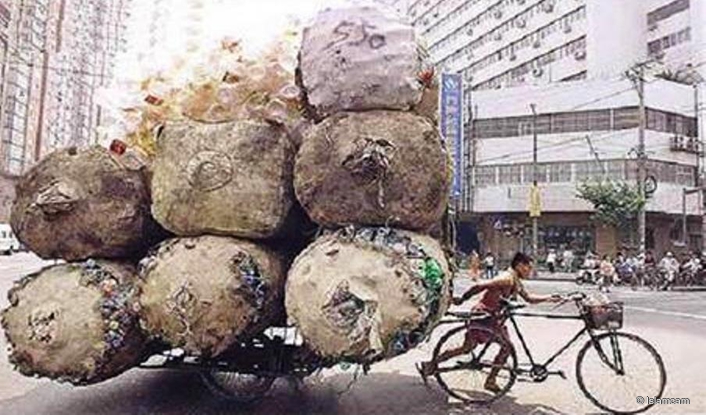 Moving Time – People continue to accumulate more and more stuff to the point they either say they can’t move because of the heavy load or they streamline down to the items that really count and sell/give away the rest.
Not that we use it that much, but it’s our stuff.

Recently, our neighbors -- who’s kids had “come of age” -- announced they were moving, downsizing. They were probably doing it to make sure the kids didn’t move home again.
During the move, they shed a lot of their stuff, keeping memories and selling/donating the rest. A lot of it they hadn’t used – probably hadn’t even seen -- for years.
This time, they rented a home instead of buying, saying they could use the money to travel instead of property … “things.”

Ownership Downsizing
In talking with the folks at IDC, I found that a lot of younger people have the same idea, rent/lease, rather than buying.
Some have explained that they simply don’t have the money what with student loans that need to be paid and trying to build a financial cushion.
They’re also renting or buying pre-owned (used) stuff because it’s actually a little better for the environment.
If you look around, there are a lot of examples of people making a conscious decision (or because of tight money) to rent rather than buy.
You know:
●    apartments
●    cars
●    houses
●    bikes
●    household appliances
●    lawn and yard equipment
●    parking spaces
●    electronics
●    home security
●    media
●    tools
●    money
●    office space

The difference between my office and den and the kids’ rooms only amplified that generational change.
I have stacks of LPs, shelves of CDs, some DVDs and a lotta’ books.
The kids have their iPods, smartphones, tablets, USB sticks, portable hard drives, Pandora, IHeartRadio, iTunes, YouTube and you name it … tens of thousands of songs, years and years of video and libraries of reading at their fingertips.

Starting With Less
Globally, the three billion consumers in emerging countries won’t have to go through my speed bump of analog and digital entertainment; they’ll start out digital and probably rent vs. buy.
If they get tired of the content, they simply quit renting it.
And it will all be on some mobile device, so taking their content with them when they move won’t be a hassle.
Of course, that’s going to put a crimp in all of those special sales, but I can see it happening. 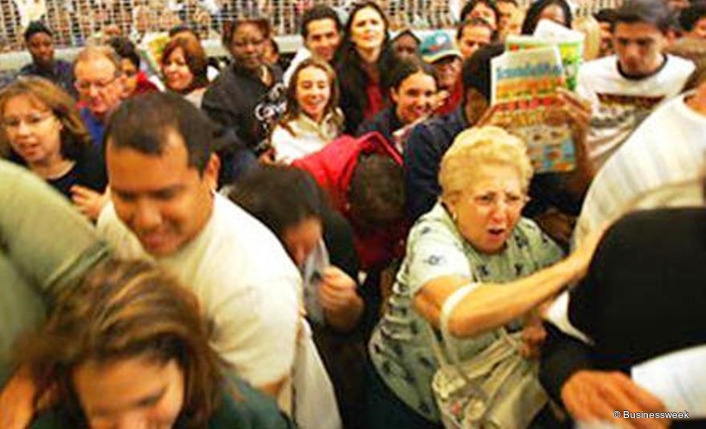 Really Big Sale – Young or old, it doesn’t really matter. Tell people there’s a really big, limited-time sale and they’ll mob the store to buy whatever they can get their hands on it. Really want it? Really need it?  It doesn’t matter … it’s new and cheap.

It will take a lot of the fun out of shopping for my wife when she can’t come home with bags, boxes, delivery trucks to tell us how much she saved.
But with traditional financing being more difficult to obtain, the rent-to-rent and swapping/sharing industries should be really big in the future. Especially since, according to Consumer Reports, the median household income in the U.S. has fallen more than five percent since 2009 (despite what the Fed says).
The researchers note that the number of households with credit histories so damaged that they don’t even qualify for credit cards has risen from 27 percent to 35 percent over the past five years.

Global Trend
The U.S. population isn’t the only one that has been pared back and is considering an alternative to a new top-of-the-line smartphone, tablet, PC every time they turn around. Google’s Mine has probably tapped into this trend as well as the interest younger adults have in doing more with less and sharing/trading goods/products/services.
The idea certainly isn’t new.  It has been going on since people stood upright and has been a growing part of the economy that few track or cover.
If you look at megacities around the globe, space is at a premium and apartments/homes have shrunk.
People are more careful, more cautious about the physical objects they purchase and more of them have joined the underground sharing economy.
It’s a growing movement that enables the sharing of personal resources among members.

Big Market
Forbes recently estimated that the sharing economy is worth $3.5 billion and could double in a few years.
There are a lot of free sharing services out there, but leave it to Google to perfect a way to monetize and handle the sharing transactions
Cloud computing and storage is another form of the sharing economy for personal and business use.
Why upgrade servers and systems/networks every two years and storage devices every time you turn around when you can simply rent it?
Cloud computing, especially a private cloud, makes a lot of sense for businesses because it’s about as secure as anything can be in today’s “private and secure” world.
From a company’s perspective, cloud computing/storage is a lot more reliable, resilient and more economical-- especially when mission-critical IT activities are involved.
The same is true for individuals.
Companies (manufacturers) that take part in the shift could easily do what GE did years ago and establish their own leasing/rental operations.
Not certain how their CFO handles the accounting, but that’s his problem. 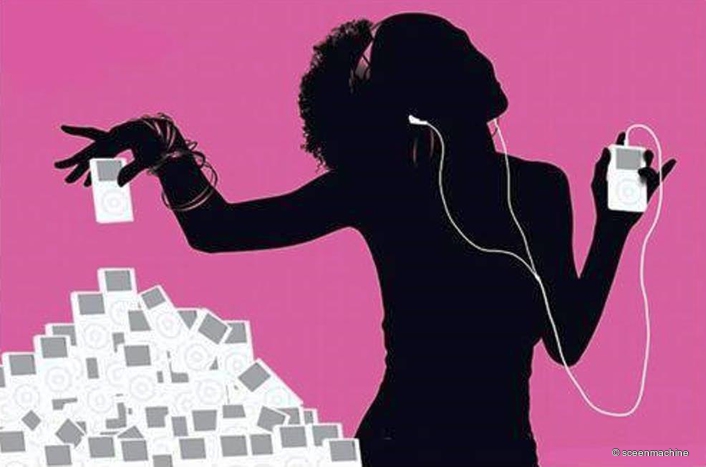 Newer, Better – Even before the device is worn out, tired or broken, companies are enticing you to upgrade to the new, improved model. Sometimes it has a little more speed, is larger/smaller, has more memory or a new cord. It doesn’t really matter because it’s a lot better than the one you have … well, sorta’.

All I know is buying a new device to replace the one we bought for our daughter a few months ago is getting to be really hard on the billfold and credit card.
Then too, since the devices the kids have right now are "good enough," maybe it’s time we simply stopped paying extra for the latest and greatest.
We’re not quite sure about jumping into the sharing economy just yet because the guidelines as to what is being delivered or exchanged is still evolving.
But as soon as eBay, Google, Amazon get it figured out, we’ll take a closer look.

The Car … Your Home/Office Away from Home/Work
Don’t Tell Me Who You A...st Check Your Online Data
Struggling for Ways to Mo...e, Find New Opportunities