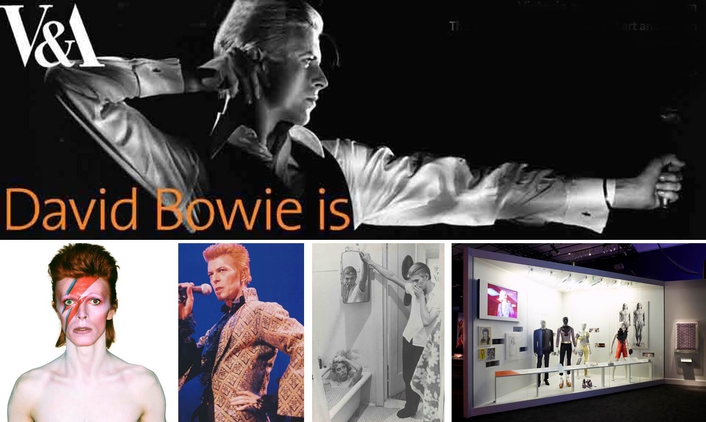 Sound Experience by Sennheiser
Audio specialist Sennheiser has won the coveted Audio Installation of the year at this year’s AV Awards for its contribution to the audio system for the David Bowie is exhibition at the Victoria and Albert Museum.

This latest accolade follows hot on the heals of being honoured for Temporary Installation Project of the Year at the inaugural Pro Sound Awards for the V&A’s fastest selling exhibition to date, David Bowie is which ran for five months between March and August this year. The exhibition was one of the museum’s most successful exhibitions with around 312,000 visitors and pre-booked ticket sales reaching more than 67,000 prior to opening. The exhibition was the first international retrospective of the extraordinary career of David Bowie, exploring his creative processes as a musical innovator and cultural icon.

The sound experience was integral to the exhibition design and Sennheiser’s guidePORT audio guide system ensured that every visitor could immerse themselves in Bowie’s music, art, and style. The system seamlessly integrated sound material into the tour of the galleries and automatically provided music and narrative when visitors approached the exhibits.

The audio voyage culminated in a Sennheiser 3DAudio experience, where visitors were enveloped by a dramatic multi-media performance of David Bowie’s music played through hidden Neumann KH series loudspeakers.

Geoffrey Marsh, co-curator of the exhibition said: “David Bowie is integrated over 300 objects and costumes from the David Bowie Archive with high quality sound and video to create a seamless evocation of Bowie's career over five decades. It was the first major UK exhibition where sound was an integral part of the interpretation. Working with Sennheiser on audio delivery was a fantastic opportunity. They pushed the boundaries as to how sound can evoke, provoke and inspire visitors and they created a genuinely multi-media museum experience which was a challenging objective but one the V&A are delighted to have realised with Sennheiser's support and expertise.”

"We are very proud to have worked with the V&A on the David Bowie project," says Phil Massey, General Manager at Sennheiser UK. "Being honoured with an
AV Award shows that our work is appreciated by the industry which is delightful."

Sennheiser continues to support the David Bowie is exhibition as it goes on tour to a number of leading venues of art and design around the world and is currently showing at the Art Gallery of Ontario in Canada until 27 November. It will then travel to the following museums:

“The Presentation Theatre, which can host approximately 250 people and features a revolving stage to show the company’s products, is part of the brand experience at the company’s headquarters in Rocester,” says Sennheiser UK’s Chief Engineer, Andrew Lillywhite, who worked closely with Feltech throughout the installation.

“The requirement was for a system that could be used in three different roles including delivery of simultaneous translations into eight languages. We recommended guidePORTas the ideal solution, so we’re delighted that they have received this award.” 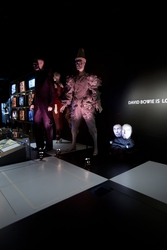 David Bowie is was one of the most talked about exhibitions in London in 2013 and is the result of a creative collaboration between the V&A and the exhibition design teams which pushed the boundaries of sound technology and interpretation in museum shows. The exhibition received universal praise from critics and visitors alike, and is now touring internationally.

“Working with the V&A team was a revelation. The show will continue to act as a fantastic brand ambassador for Sennheiser as it travels around the world,” says Sennheiser’s Alan March. “In the current tough and uncompromising business environment, it is success of this nature that allows us all to walk with our heads held just that little bit higher. Acknowledgement should be given to the following in no particular order:

The V&A is the world’s leading museum of art and design with collections unrivalled in their scope and diversity. It was established to make works of art available to all and to inspire British designers and manufacturers. Today, the V&A’s collections, which span over 2000 years of human creativity in virtually every medium and from many parts of the world, continue to intrigue, inspire and inform. The V&A’s is home to the national collection of Theatre and Performance which cover all performance types from theatre and ballet to pantomime and rock music. 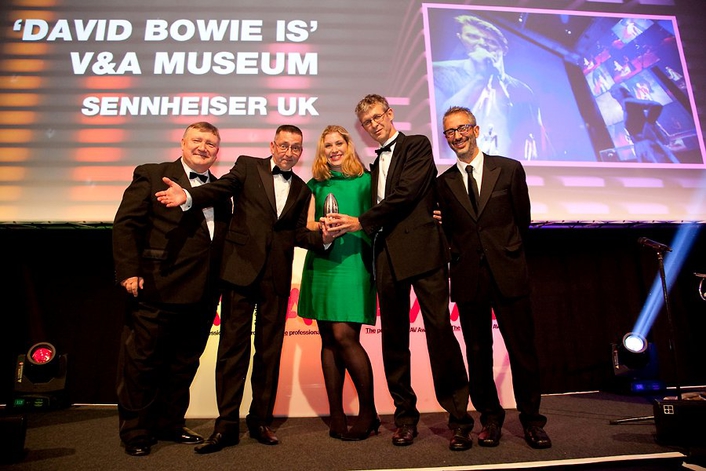