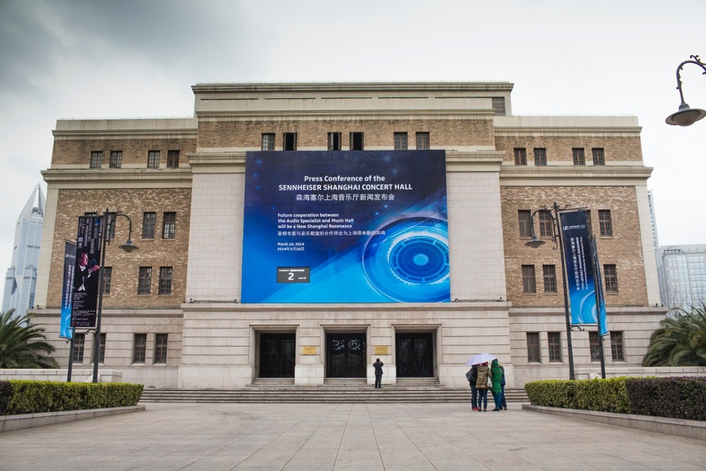 In this cooperation, Sennheiser will install a full set of top theatre and sound equipment, as well as design a state of the art centralized audio recording control system. Sennheiser will provide some of their most popular & sophisticated products such as 9000 series microphones. The world-renowned 9000 series wireless microphone is another favorite microphone among international artists and it was no surprise when it won “Outstanding Technical Achievement for Wireless Technology” at the 29th TEC. Italian loudspeaker company K-array will also be used as part of the installation. 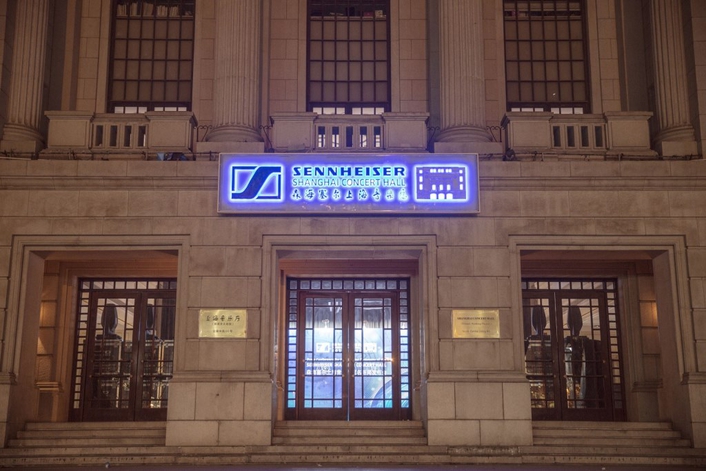 The Shanghai Concert Hall has traditionally hosted a wide range of musical events including jazz and classical performances, and the acoustics created by Sennheiser will be second to none. A team has been set up to maintain the equipment, the concert hall’s high audio standards set by Sennheiser and ensure all performances are supported fully. Sennheiser will also provide regular workshops for the technical team at the concert hall. “It is with pride and honor that Sennheiser joins forces with the prestigious Shanghai Concert Hall to promote the music and sound culture in China.” said Marc Vincent, President, Sennheiser Greater China.

This cooperation also ensures audiences that the Shanghai Concert Hall will provide more charity events and free showcases to promote music and the artssuch as  "Lunch Time Concert" and "Weekly Radio Concert", to name a few. Shanghai Concert Hall officials also confirm that ticket prices will be maintained and managed appropriately to benefit the general public.

Mr. Zhang Zhe, President of Shanghai Grand Theatre Arts Center explained further, ‘We are glad that Shanghai Concert Hall and Sennheiser can reach this incredible cooperation. This year is the beginning of the second decade following our relocation to this venue. To join hands with Sennheiser, the world’s leading audio brand, it in itself provides a lot of possibility for future development for the concert hall. We believe that this cooperation will bring about a huge impact on the development of music culture in Shanghai.”

Sennheiser Recording Facility
Parts of the plans include a commitment to set up a professional, world-class recording studio inside the Shanghai Concert Hall, scheduled for completion in 2015. This part of the concert hall will ensure future live performances in HIFI levels can be recorded. Once the facility is ready, the Sennheiser Shanghai Concert Hall will introduce a new project called “Young Talent Inspires“ to help young up and coming artists to record an album and promote it through Sennheiser’s global sales network.
“Sennheiser has supported many art and music related events in China, such as the MIDI Music Festival, Storm Music Festival, Shanghai JZ Festival and other notable events. This title sponsorship is the first cooperation between a public institution and a business organization in China and it is going to be a great one,” said a representative from the Shanghai Concert Hall.

Introducing Sennheiser Media
Sennheiser has created its own music label, Sennheiser Media to record and promote local Chinese and international artists. Sennheiser has named A Bu as their first recording artist under this label. A Bu will perform at the official naming ceremony as will Violinist, Tobias Preisig & Pianist, Marc Mean, respectively.

About Shanghai Concert Hall
The Shanghai Concert Hall is one of China's heritage architecture buildings. Originally named the Nanjing Theater, it was designed by a Chinese architect and completed in March 1930.The Philadelphia Chamber Orchestra, Juilliard Quartet, violinist Isaac Stern, pianist Alicia de Larrocha and Chinese symphony orchestras all once performed there. "The Spring of Shanghai" festival also began at the concert hall. In December 2002, the restoration project started and by July 8, 2003, the Hall was moved 66.46 meters southeastward with its foundation uplifted 3.38 meters. It reopened on September 30, 2004 and continues to be one of Shanghai’s most important landmarks.

About Sennheiser
The Sennheiser Group, with its headquarters in Wedemark near Hanover, Germany, is one of the world's leading manufacturers of microphones, headphones and wireless transmission systems. In 2012 the family company, which was founded in 1945, achieved a turnover of around 584 million euros. Sennheiser employs more than 2,300 people worldwide, and has manufacturing plants in Germany, Ireland and the USA. The company is represented worldwide by subsidiaries in France, Great Britain, Belgium, the Netherlands, Swtizerland and Liechtenstein, Germany, Denmark (Nordic), Russia, Hong Kong, India, Singapore, Japan, China, Canada, Mexico and the USA, as well as by long-term trading partners in many other countries. Also part of the Sennheiser Group are Georg Neumann GmbH, Berlin (studio microphones and monitor loudspeakers), and the joint venture Sennheiser Communications A/S (headsets for PCs, offices and call centres).