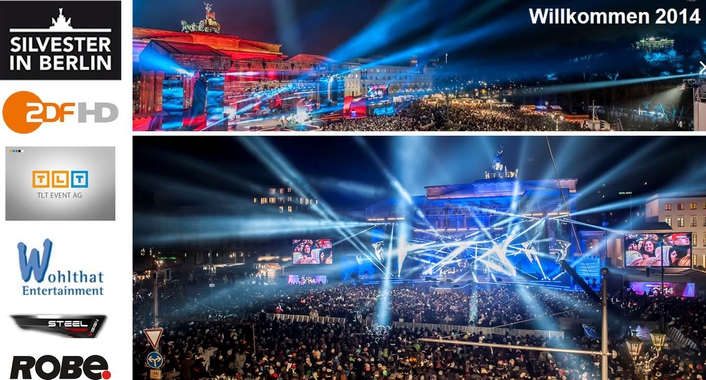 .
Robe moving lights were right at the heart of the lighting action on the main stage in front of Berlin’s historic Brandenburg Gate, one of the largest public New Year’s Eve celebrations worldwide.

Robe Pointes were also used to illuminate elements of the ‘Fan Mile’ covering five major roads in and around the event site as part of a lighting design by Lars Murasch, and were supplied together with other lighting equipment for the event by rental company TLT EVENT AG.

The show’s glittering international artist line up included the Trans-Siberian Orchestra,  The Overtones, Scooter, Adel Tawil and TVOG winners from 2012 and 2013 Ivy Quainoo and Nick Howard respectively plus many others. It was attended by nearly one million revelers and watched live by over 4 million on Germany’s national ZDF TV channel, culminating in a spectacular fireworks display to welcome in 2014. 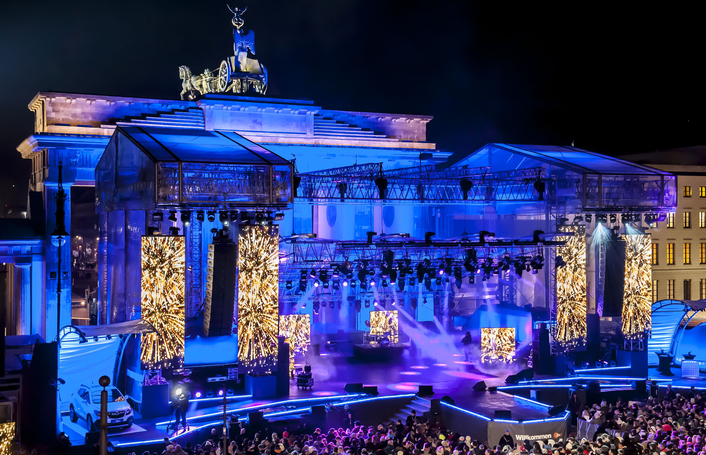 Twenty Robe MMX Spots, 18 x MMX WashBeams and 50 x Pointes were used on the stage for around 30 acts for nearly 13 hours including rehearsals. A further 12 x Pointes were strategically placed along the Fan Mile.

The lighting had to be flexible, dynamic and fitting for a large scale TV spectacular.

The MMXs were used for general gobo projections on the floor and for on-camera effects lighting. 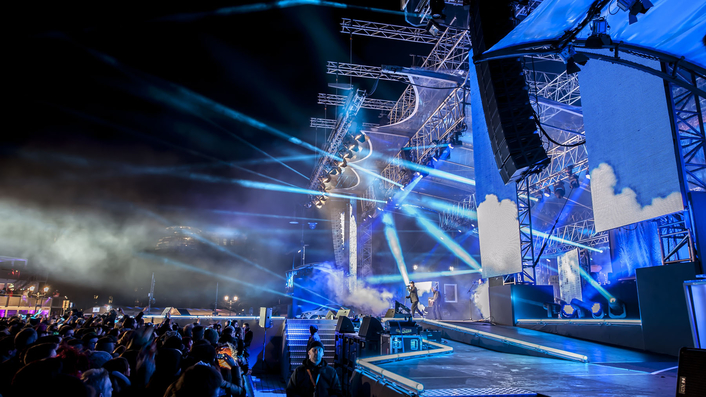 The MMX WashBeams were rigged on the side wings of the stage, both on the floor and in the roof and used for up and down lighting, with six MMX WashBeams positioned on towers to boost the quota of white light as and when needed in different areas of the stage.

Fourteen of the Pointes were on the front of four rolling LED riser platforms which were moved around for the different performances, 18 were flown on trusses in the roof and 12 were rigged high up in the side wings, augmented with another six on the ground.

All the fixtures were specified by Murasch. 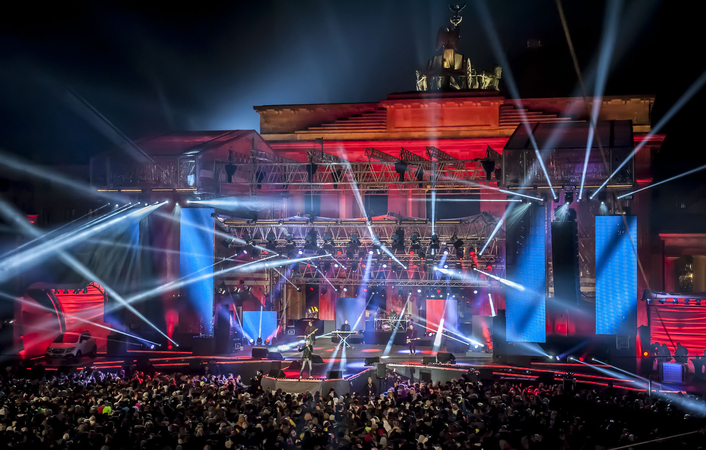 The Pointes were selected for their brightness and well defined beams which helped focus attention on the main stage and make it highly visible, so people were aware - even when several kilometers away - of its location and where to head for to join the party.

The Pointes’ multi-purpose functionality and remarkable brightness for such a small fixture were big assets to the lighting scheme. Their gobos could change the look and feel of the stage in an instant, and for slower songs their intense beams were used very effectively as accents. By slipping in the frost filter, they also became excellent wash fixtures. 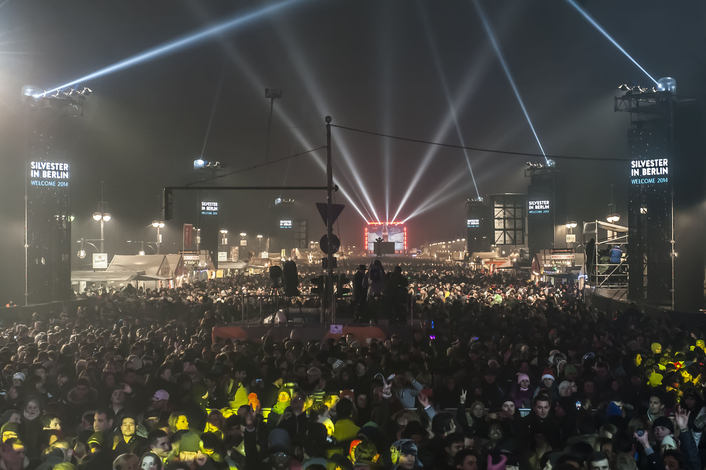 “The power and flexibility of the MMX WashBeams made these fixtures ideal for providing additional key lighting. After the experience of using them on this event, we will use them more often for throwing white light into difficult-to-reach positions onstage,” enthused Jan Schimming, management of TLT adding, “Their crisp gobo projections also made an impact.”

The stage set was designed by Jens Meinecke of Wohlthat Entertainment, the Technical Manager was Philipp Wiebusch of Steel Visign Group and Helge Rabethge was TLT’s Head of Lighting for the event.

The broadcast was directed by Pit Weyrich and produced by Harry Seedorf, with Executive production by Michael Wirtz. The hugely popular and successful event was organized by Silvester in Berlin GmbH.