Miller chose 60 x LEDWash 1200s, placing 36 on the main stage and 24 on a secondary stage for live performances by Miley Cyrus, Macklemore & Ryan Lewis, Swedish duo Icona Pop and more. “We had two stages and all the networks’ performances took place on it. There were 12-14 performances for ABC, NBC, Univision and more, and each network showed different aspects of the event,” he explained. 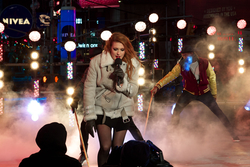 Lighting what’s dubbed the “Crossroads of the World” has its challenges Miller, noted. “With all of its lights, Times Square is beautiful all by itself  - so the challenge was to make the event stages stand out. The stages are tiny, and the TV cameras were on opposite ends of Times Square for the long shots, so we try to make the stages sparkle through the long camera and helicopter shots.”

The LEDWash 1200s added that extra element he needed for the camera.

“We wanted to update the show to make it more exciting for TV audiences, and also use the newer technology that the artists are accustomed to using on the VMAs (MTV Video Music Awards) and other such specials.”

His associate LD, Anthony Pearson, recommended the fixture.  “When Anthony suggested I look at the LEDWash 1200, I was so excited. It presents a big face to the camera. It is more than just lighting the people - it is also a scenic, visual element on camera.”

The fixture’s four concentric rings of LEDs and strobing features gave “eye candy” and were present in every camera shot. He also achieved the colors needed from the fixture’s color mixing as well as the bright all-white looks he designated for one segment of the show. The LEDWashes were no problem outdoors through the truly bone-chilling evening.

The LEDWash 1200s also helped meet “stringent” power requirements, he added. “We are self-contained with everything running on generators. So with LEDs now light and bright enough, we can have more gear. The LEDWash 1200 is the perfect fixture for us, bright and sparkly and it may be with us for a while!”

Miller also had good words to say about the lighting vendor, Christie Lites. “The show production has come from three different shops over the past few years, so it was great that Christie Lites was the single supplier. I was flattered that (rental representative) Chris McMeen came out to visit us.”

Also integral to the event were Lighting Programmer Paul Sonnleitner and head electricians Ron Konsur and Chris Moeller. “They all made me look good!” says Miller. 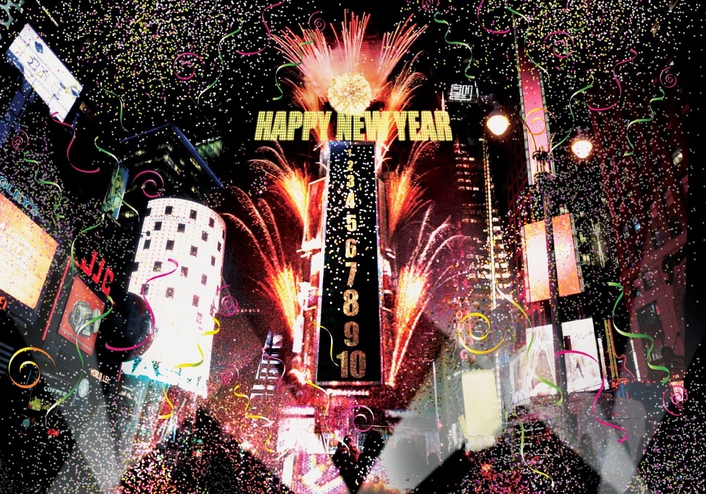 This was Miller’s fourteenth year designing the event, now co-produced by Countdown Entertainment and The Times Square Alliance.

As a designer of regional theatre, national tours and some Broadway shows, Miller is not usually involved with TV projects except for Comedy Central and this special New Year’s show. “I bring a theatrical sensibility to this work,” he said, explaining how the drama of the Ball Drop brings this element into the NYE event’s performance design over the typical concert design. “It’s rewarding.”

“It’s also a demanding event,” he added. “We set up in the middle of Times Square, we work at night when it’s incredibly cold or snowing and by the 29th of December I’m cold, tired and cranky … but something happens on New Year’s Eve.”

He described the scene: At 6 pm when the ball is raised up the pole to signal the start of the evening’s festivities,  Aaron Copland’s “Fanfare for the Common Man” is blasted through the PA system. The music fills him with excitement. Performances start on the stages. When the clock counts down to midnight and the ball drops, John Lennon’s “Imagine” is played followed by the big sing-along of “New York New York.”

That, along with the fireworks to frame the scene, gives him the chills. “It’s amazing to be a part of that.”