Robe Pointes to 2015 in Berlin 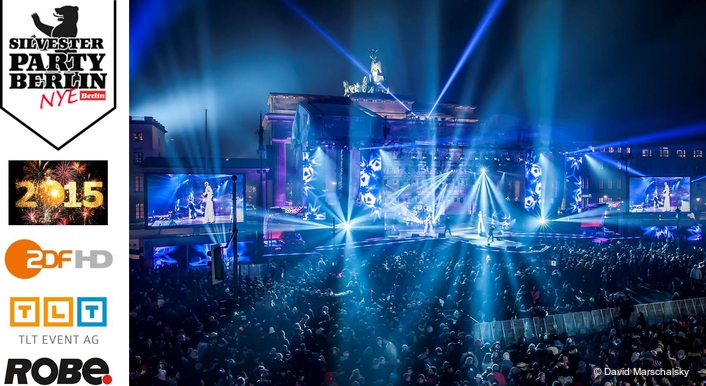 .
Once again Robe fixtures played a major role in lighting the massive New Year’s Eve celebrations in front of the iconic Brandenburg Gate in Berlin, Germany, closing a year that celebrated 25 years since the momentous ‘fall’ of the Berlin Wall in November, and that looked forward to 2015 with lots of positive energy and great hopes and ambitions. 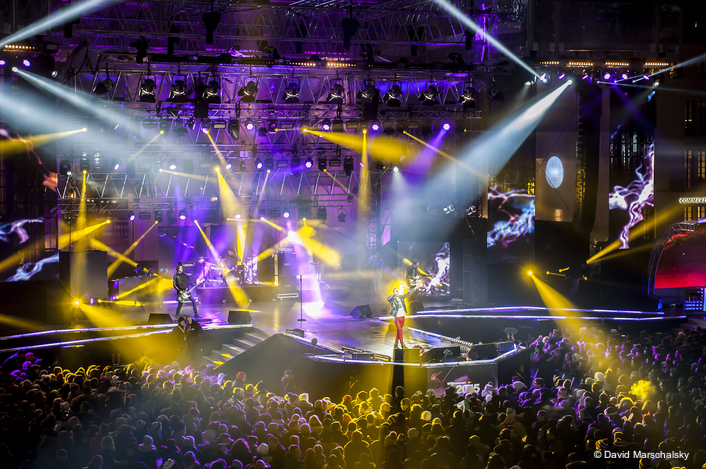 Berlin was once again THE place to be in Europe for anyone seeing in the 2015 with style and cool!

The Pointes – more than on last year’s show which was also designed by Lars – were dotted all around the stage, and their multi-functionality used to the max to create multiple effects and looks, eye candy for the cameras and epic lighting scenes onstage. 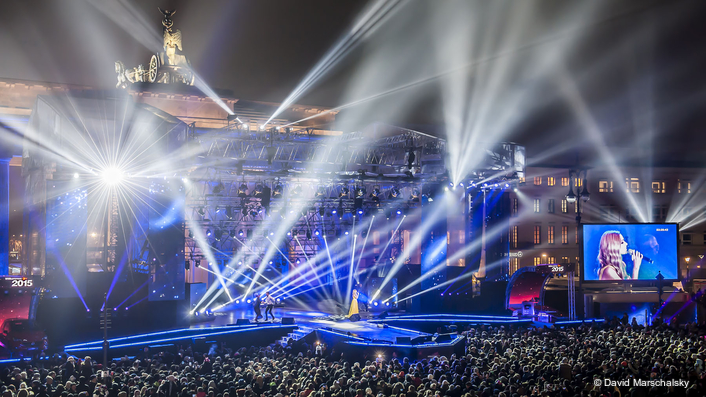 They were selected for their brightness and well defined beams which held their own against the many LED screens onstage.

The additional Pointes replaced a number of 4Kw beams that were used last year, and these helped focus attention towards the main stage area by making it highly visible. With such enormous crowds, it was important to let people know the direction of the party … so if no signage was immediately visible, they could just follow the lights to the main stage. All of this helped with the general crowd management. 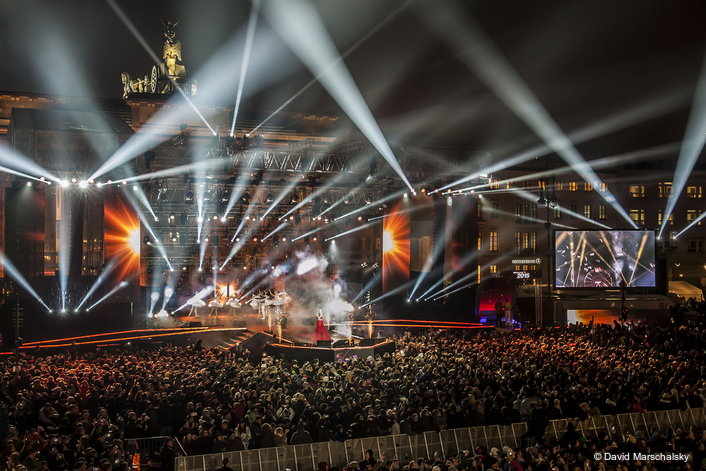 The MMX WashBeams were rigged on the stage wings, and enabled variable white light to be added quickly and easily where needed and as requested to any performers and presenters onstage for the telecast.

The MMX Spots were hung in the over-stage trusses, and their main task was to texture the stage floor with gobo work and colouring. Their dual animation wheels were very helpful in building the multi-layered 3D lighting looks for the stage that really stood out on the overhead shots and the wide camera sweeps.

All the Robe equipment was again delivered by rental company TLT EVENT AG whose Helge Rabethge was their Head of Lighting for the event.

Lars programmed and ran the show using two grandMA2 full size consoles. He also produced the video content and co-ordinated all the artist related video content, all of which was run from a Catalyst media server. The white light elements onstage were operated by Torsten Siebert using a grandMA2 light.