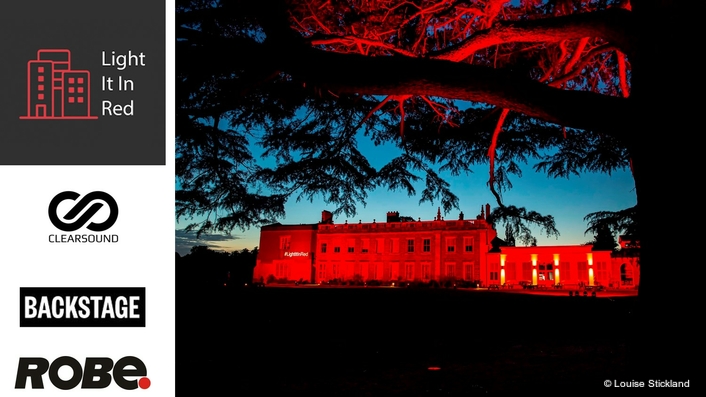 Robe UK was extremely proud to work with a number of companies, organisations, venues and individuals to light ten significant buildings and landmarks in and around its hometown of Northampton … for the #LightItInRed lighting action campaign on Monday night, 6th of July. #LightItInRed was a UK-wide initiative set up by Steven Haynes from Clearsound Productions and Phillip Berryman from The Backstage Theatre Jobs Forum to highlight the challenges facing the live events, entertainment, arts, and performance sector, which,  despite a very welcome £1.57 billion financial assistance package for the ‘culture’ sector announced by the government on the eve of the event, still has no re-open date after the lockdown.

The “emergency red” was for all related venues, companies, businesses and the massive associated infrastructure, including thousands of talented freelancers – creative and technical – all are struggling for survival.

Over six hundred and fifty illuminations were on the #LightItInRed map dotted all over the UK in a highly successful show of cohesion in these anxious times. 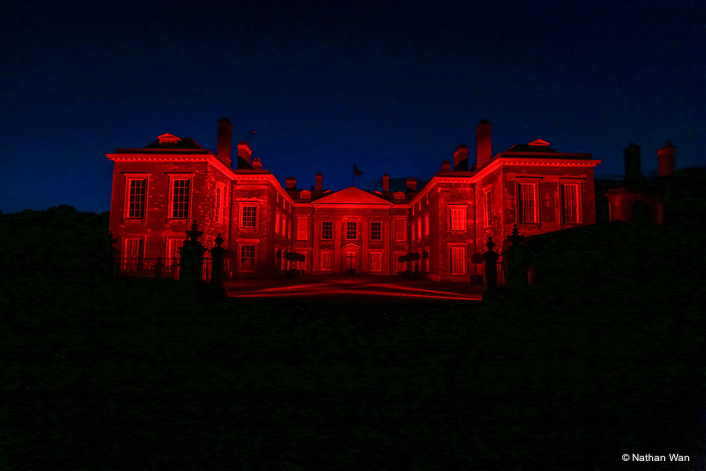 Robe UK’s head of marketing Theresa Gibson enthusiastically coordinated all the permissions required to light these key Northampton sites as well as dealing with logistics and sourcing fixtures for which Robe UK partnered with rental and production company Clearsound Production from Shipston-on-Stour.

MLE Pyrotechnics lit the town’s famous National Lift Tower, a 127.5 metre former test tower for Express Lifts which is the tallest building in the town and is now grade II heritage listed. 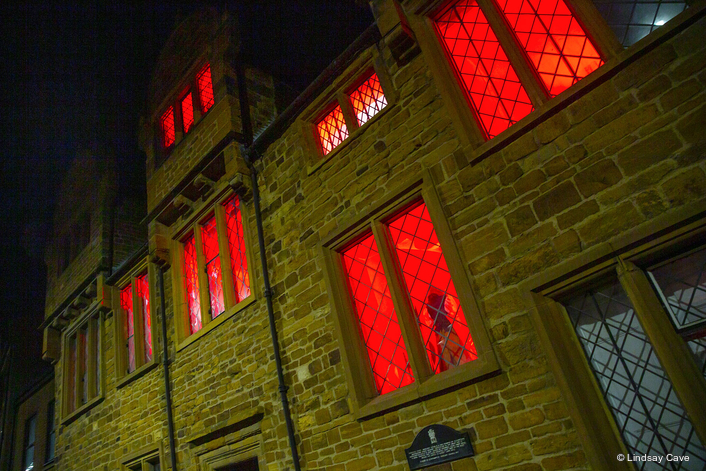 The front façade of the magnificent stately home of Althorp House – home to the Spencer family for the last 500 years – was illuminated in striking scarlet with four Robe Spiiders LED and two LEDWash 600+ wash beam luminaires as the current Lord Spencer – a keen patron of the Northampton & Derngate Theatre and the arts – himself signalled support for the action.

Lord Spencer commented, “Althorp has held many live events, and I’m also proud to be patron of the Royal & Derngate Theatre in Northampton – so I was more than happy to show my solidarity with the live events and performance industries in the UK by allowing Althorp to be lit in red. I passionately believe in what #LightItInRed wanted to highlight.” 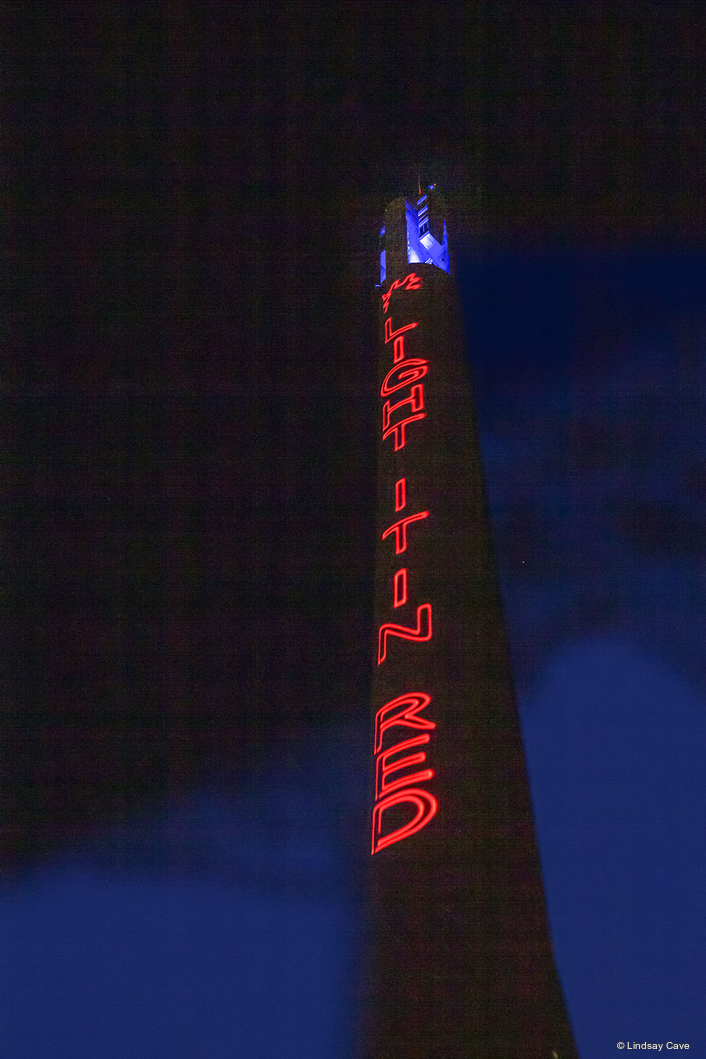 On the outskirts of the town at Delapré Abbey a charismatic neoclassical mansion incorporating historical monastery ruins dating back to the middle ages also looked resplendent in rich red.

The Abbey was illuminated with around 60 Robe moving lights – a mix of MegaPointes, Spiiders, LEDBeam 150s and Spikies, controlled via three consoles. Clearsound’s owner Dann Ridd, Steven and a crew of 4 – Daniel Gibbs and Tom Easton from Clearsound Staff and two freelance LDs, George O’Connor and Ryan Murfet, worked this site.

Delapré chief executive Richard Clinton stated, “All at Delapré Abbey were delighted to be part of the Light It In Red campaign, raising awareness for those individuals and organisations working in the entertainment and events industries, and the impact on these sectors during this unprecedented time. Working with Theresa and the teams at Robe UK and Clearsound Productions was excellent, and it made a real statement to see the Abbey standing out as it was washed in red. It looked absolutely stunning!” 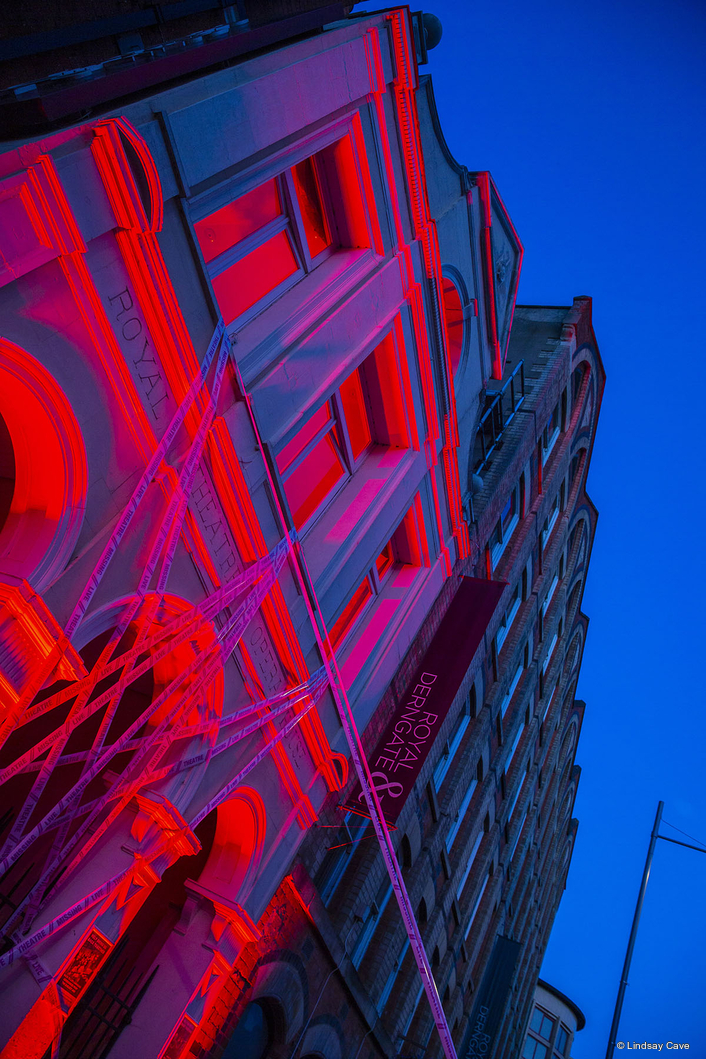 Right in the heart of Northampton, the Royal & Derngate theatre complex fully supported the action, with artistic director James Dacre commenting that this and actions like #SceneChange’s “Missing Live Theatre” barrier tape installations are a “reminder of the joy and spectacle that these venues normally bring to half a million audiences each year. In these difficult times, we intend to send an uplifting message of hope for our sector and harmony with all freelances, artists, event staff and business working across it. Together we are standing by to open as soon as it’s safe to do so”.

Various aspects of the Royal & Derngate were illuminated in red with 12 x Robe Spiider LED wash beams including inside the main foyer entrance pumping through the glass atrium and the interlinking section between the Royal ant the Derngate together with the Derngate back entrance and the movie theatre, the Northampton Filmhouse also featured red lighting elements. The fly tower – widely visible from around the town – had a #LightItInRed gobo emblazoned across from a MegaPointe stood on the roof. 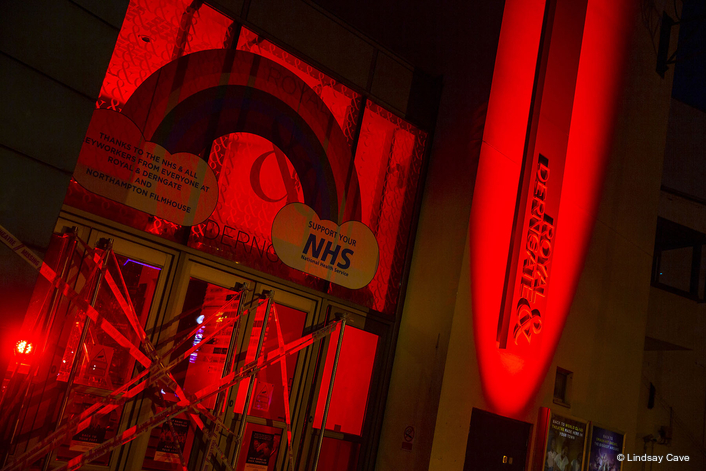 The National Lift Tower joined the party lit up with lasers projecting the #LightItInRed logo down the side, which was delivered by Daventry-based MLE Pyrotechnics, the preferred supplier for lighting and effects related to the prominent column. Mat Lawrence and his team of three delivered this spectacular installation, setting up their control system in Franklins Gardens at the Saints Rugby Ground.

Other entertainment venues supporting the action by turning their permanent lighting schemes red for the dark hours of Monday evening included The Roadmender, a legendary live music and touring circuit hot-spot; and The Deco, a restored 1930s cinema and theatre (AKA The Savoy) located in the town centre and now a regular venue for corporate events, social and theatrical productions … also grade II listed. The front of the Looking Glass Theatre and stage school which also offers rehearsal spaces, costume hire and theatre-in-education workshops popped out in red with lighting from two Robe LEDWash 600s. 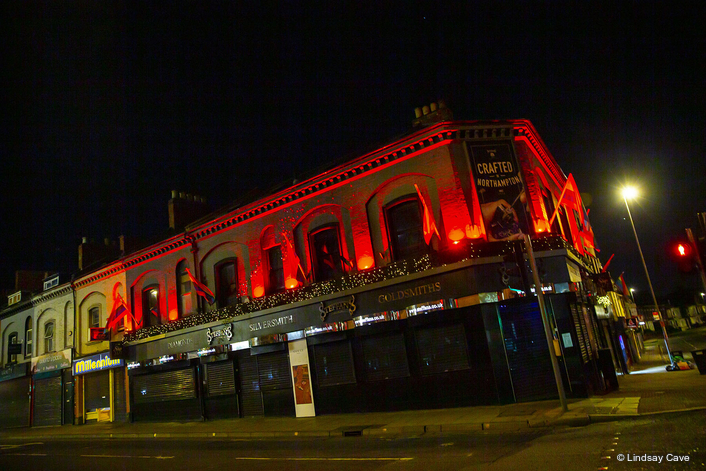 The architecturally savvy University of Northampton came onboard … with #LightItInRed messaging and logos added to a large interactive graphics plasma billboard beside the distinctive tower of their Waterside campus location on the main Bedford Road approach into town.

Steffan’s a renowned jewellers, gold and silversmith and diamond specialist which has been in the town for many years also turned the permanent lighting installation on their attractive double-fronted corner-sited property red for the night and did the same for their Market Harborough branch.

The Wollaston BMW Dealership showroom, another prime site on one of the main arteries into Northampton was transformed in sumptuous red for the evening and night with 8 x Spiiders. 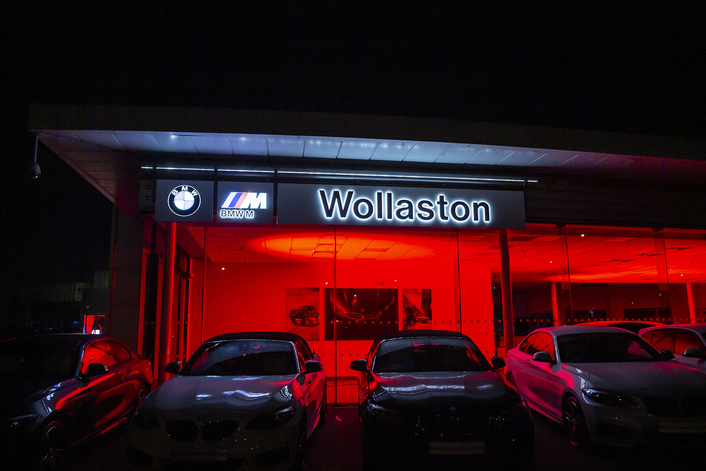 Robe UK was delighted to be able to help in turning Northampton red and has thrown its heart and soul behind supporting these ‘lighting actions’ that have become so popular all over the world as a form of direct action during the coronavirus pandemic, providing not only a feeling of togetherness and hope for the future, but offering work-starved companies, technicians, programmers, designers, etc., a chance to do what they love doing the best.

Performing arts, live music, shows, and events are a massive source of enjoyment, employment and revenue for so many, and a commercial and creative lifeblood for the community of Northampton and multiple other places. 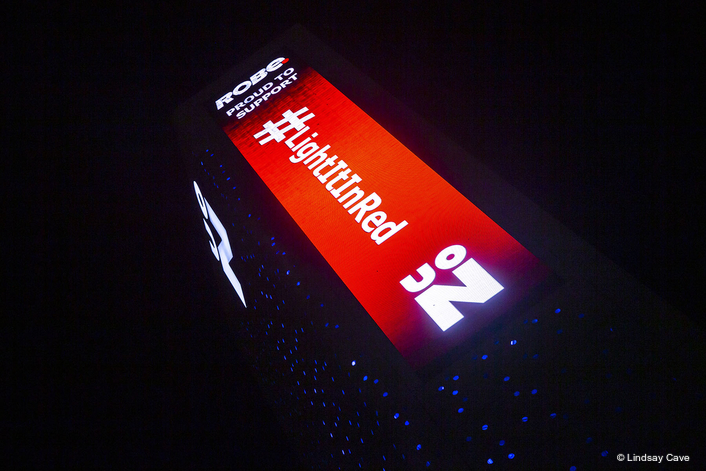 Theresa comments, “It was really important to put Northampton on the #LightItInRed map for several reasons including the fact that we are based locally and also because I have lived here for a long time and really appreciate all the fantastic venues that we have here in the county. All the key organisations I approached have been incredible in their support.

“We have also really enjoyed joining forces with Steve and Dan from Clearsound who have spearheaded #LightItInRed from the start. Their passion and dedication have been totally inspiring.” 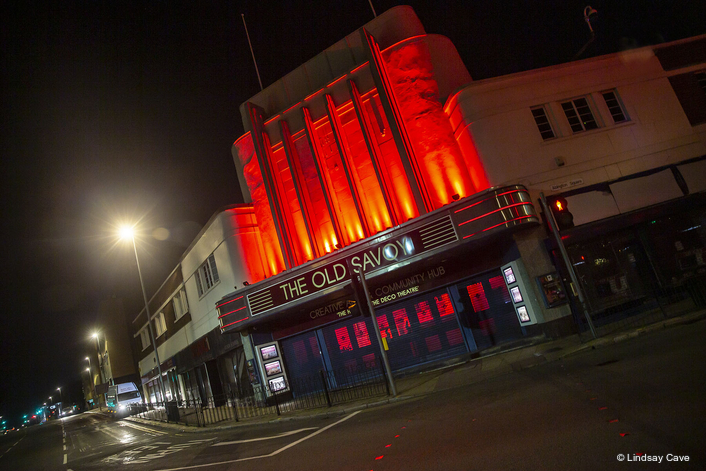