Robe Moves With the Rhythm at the Festival de Salvador, Brazil 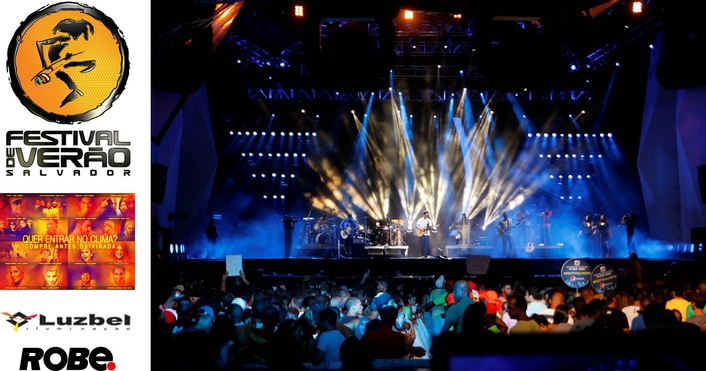 Salvador, Bahia based Luzbel timed their latest purchase of Robe luminaires especially to be able to put the new units on the high profile event’s main stage which featured a production lighting specification by one of their technician’s, Junior.

It follows Luzbel’s initial investment in Robe’s ColorSpot 1200E AT and ColorBeam 700E AT units two years ago … and the excellent results they have had using these! 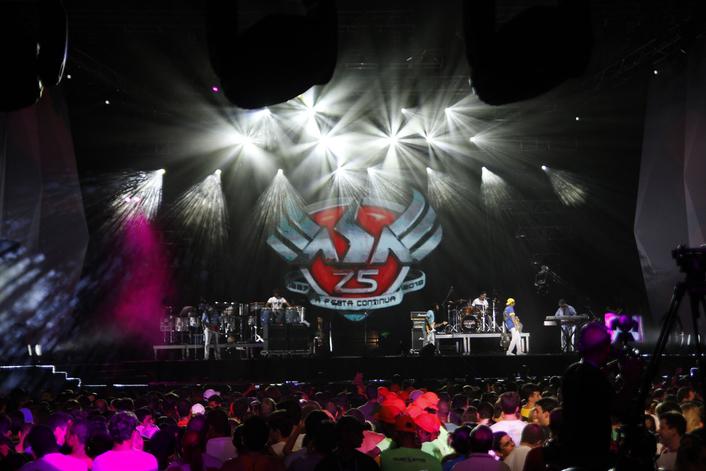 When specifying the rig, Junior explains that he “Proposed right at the start that all  bands used the same lighting fixtures – a concept very well received by every lighting designer involved”.

The MMX Spots and 24 x ColorBeam 700E ATs were used for powerful general effects and beam looks, while the ROBIN 100 LEDBeams were worked hard to create attractive back-lighting for the television cameras.

The Robin LEDWash 1200s very efficiently washed all of the stage, lit the proscenium and key-lit the performers keeping in mind the specific lighting requirements needed for good photography and camera shots, specifically for those taking pictures and close-ups of bands members.

Rigged off the FOH and PA delay towers were 20 x ColorSpot 1200E ATs utilized for lighting the audience.

Junior enthuses, “All the crew and I were really impressed with the MMX’s performance. It’s a very interesting fixture and I like it a lot”.

He continues … “Various LDs also highlighted how incredibly speedy the Robin 100 LEDBeams are”, adding. ”I was really happy with the results of using the LEDWash 1200s. In fact, I like them so much that I have already specified them for several future projects”. 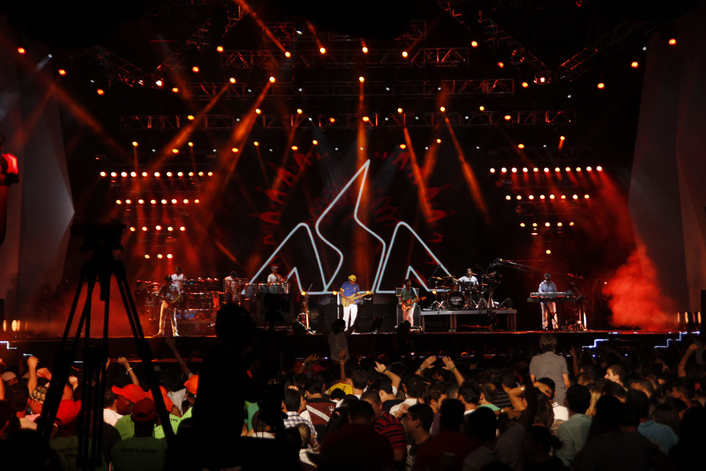 Carlos Umbelino, LD for several of the bands playing this year commented, "I’m a big fan of Robe! I’ve been working with the brand for a long time now and their products always please me. Robe keep the LD’s perspective in mind and are constantly coming up with innovations”.

“Lighting designers were blown-way by the power and speed of the tiny LEDBeam 100 - this is the first time in Brazil that they have been used for such a big event. Stage Managers were also surprised by the performance of the luminaires in the searing 36°C heat,” he reports.

Guillermo concludes: “It’s awesome for Robe to start the year with one of the most important shows in Brazil, and this reflects the very positive growth trend of the brand in the country over the last two years that we are participating in shows of this stature in the north east of Brazil”.