Robe Follows the Science in Israel 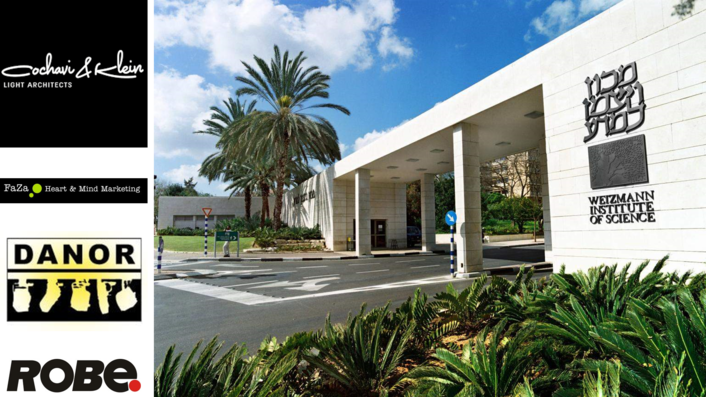 The Weizmann Institute of Science is a renowned public research university in Rehovot, Israel which offers graduate and postgraduate degrees in the natural and exact sciences and hosts an annual event honoring the work of Israeli scientists and their contributions to an assortment of projects. This year for the first time, the format went fully digital in delivery – due to you know what – it was still staged at the Weizmann Institute campus’s Sela Auditorium, without a live audience but with as much ‘live’ presentational content as was possible which included lectures, seminars, presentations, Q&A sessions and the bestowing of honorary doctorates and other awards.

Lighting designer Eran Klein of Cochavi&Klein was asked to creating lighting for the event and chose an all-Robe moving light rig to provide the flexibility needed to deliver this high-profile broadcast which was co-ordinated by communications agency FaZa.

Their team comprised Liron Zabari, Yoram Friedlander, Dana Klein and Hadas Vilensky, and the goal of all involved in the production was to ensure that director Liron Zabari brought an essential ‘as live’ ambience to all those tuning in to the stream. 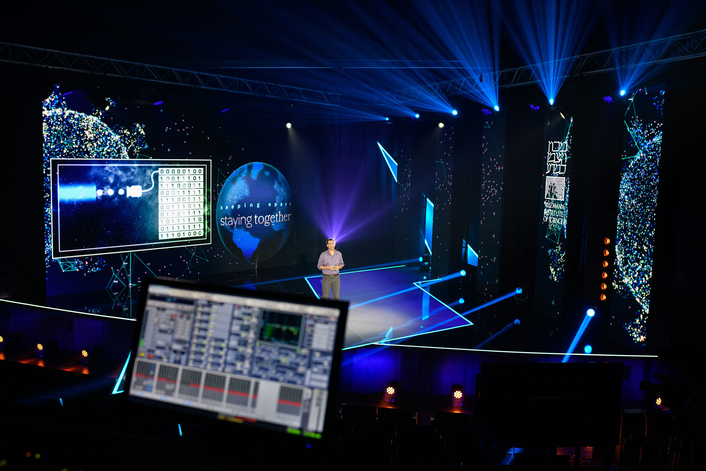 In addition to the action being broadcast, recorded, or streamed from the venue, more presenters joined in live by Zoom, Teams and other remote conferencing platforms and three live entertainment segments featured performances by Miri Mesika, Ilanit and Arik Davidoff.

Set designer Izaq Ronen Wasserstein created an impressive diagonally orientated stage that was dramatically minimal in aesthetic with some bold features including a lightning flash shaped walkway with a plexi top which was lit from below. This dissected the whole stage area and ended mid-way through the first tier of audience seating. Eran also accentuated the form with pixel-controllable LED strips.

Onstage a substantial LED screen on stage right was contrasted with five graduated columns of LED on stage left. The tops of all these LED sections were masked so they slanted, keeping the distorted perspective styling which looked fantastic on camera.

This brought a huge depth to the space on camera and also created some keystoning challenges which had to be corrected through good lighting, elegant camerawork and some other visual trickery.

People moved to multiple positions all over the stage, with most of the presentation positions decided last minute to give a feeling of improvisation and enhanced the live vibe specifically sought after by Liron Zabari.

Eran utilised six Robe BMFL Blades, two of which were positioned out in the audience area on flightcases which was a perfect angle for TV! The other four were rigged on two V-shaped trusses that mimicked the shape of the lightning flash on the stage. 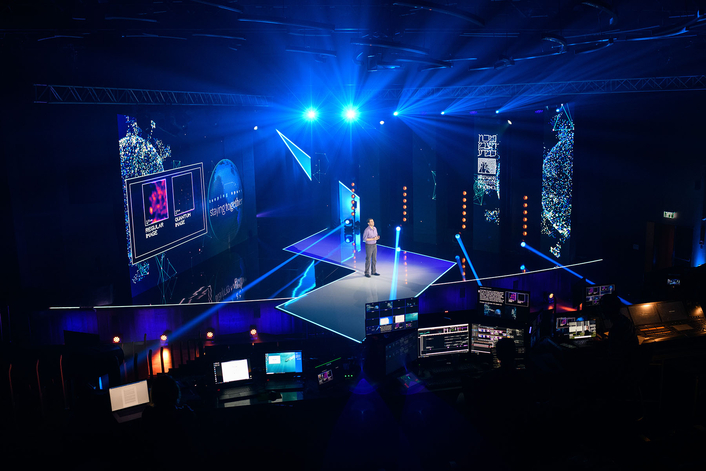 “Basically, I needed to know that wherever Liron put a guest in the auditorium or on the stage … I could quickly and easily get key lighting onto them,” explained Eran, adding that in some shots, sometimes these key lighting positions also became back-lighting.

Eran often uses Robe products for his shows – which span a wide range of disciplines – from slick corporates to flamboyant dance and EDM festivals.

For television work, he likes using a combination of different Robe products for the colour continuity between them. “In this environment, color harmony is extremely important, and Robe fixtures all have nice, refined and organic color systems that produce such a great range of high-quality colors.”

BMFL Blades – as was the case with this event – are his go-to key lighting fixture. Initially, his client for this show had wanted to use another type of profile moving light, but Eran put his foot down and insisted on his BMFL Blades!

Lighting rental company Simul had to cross-rent the BMFL Blades from Danor Theatre and Studio Systems for this event for which they also supplied audio and LED screens. All the scenic elements were delivered by Gideon Rokach. 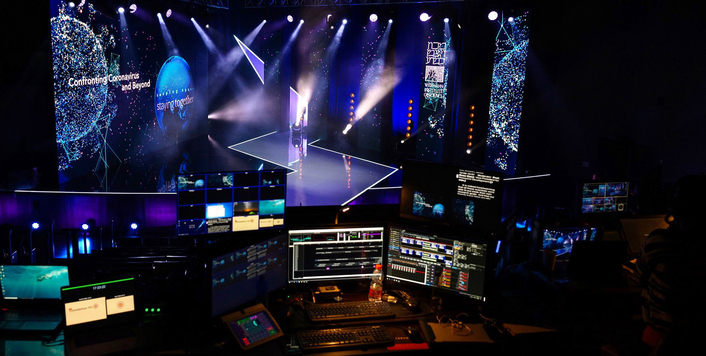 Eran programmed and ran the lights on a grandMA2 system with full redundancy.

Eran recalls how a massive effort made the live entertainment segments truly spectacular. Ensuring there was plenty of scope for producing effects and that production values were high was a key for all the creative team.

With no live audience, lighting and video effects were used to help create an atmosphere, a task that is “easier said than done”. Eran worked very closely with the OB truck team from Central to ensure that the process went extremely smoothly. 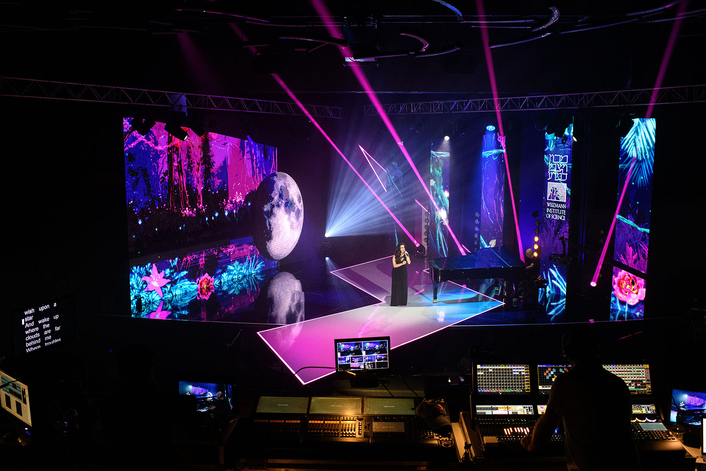 “The Weizmann Institute has a great reputation for high-end science and that needed to be reflected in the presentation which had to look official but be cool, sharp and on-point. It was a demanding task, but we all love challenges and being imaginative! Everyone was delighted with the results.”

The set-up, technical and rehearsal period was two weeks before the three-day streamed event went live.