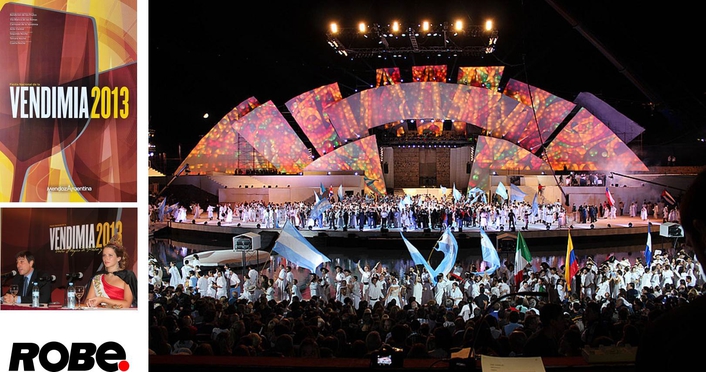 Up to 30,000 people a night flocked to catch the action over the two week Festival. A Vendimia Queen was chosen and various wine tastings took place as well as live performances from an impressive line-up of local and international folk and rock bands. The event was closed by Spanish singer-songwriter and musician Alejandro Sanz who gave a show-stopping performance!

The lighting equipment was supplied by a combination of two companies - Vidal from Mendoza and Pampin Luces from Buenos Aires.

Sirlin faced several challenges in lighting the stage for the event.

The first thing was the huge space and the distances and angles that the lighting needed to cover. The amphitheater stage was over 100 metres wide and the luminaires had to handle throws of between 20 and 70 metres!

“All the Robes I used were located about 20 metres away from the main performance space,” she comments. “Using the LEDWash 1200s gave me excellent colours to play with, a good aperture for washing the stage and a highly pleasing overall visual effect”.

She adds that the MMXs have “Good gobo definition” across those same distances.

Another issue affecting the lighting was the extensive upstage sections of the set which were used as video projection screens.

Sirlin and Special Effects Director Alejandro Rodríguez made front lighting a priority to avoid lights bouncing onto the screens at the back of the set and interfering with the projections.

To do this effectively, they chose Robe’s LEDWash 1200 and 600s due to their power, flexible zoom, beam aperture and colour options.

Los Nocheros – one of the bands playing on the final night - brought their own LD and Operator Fernando Segovia, who had the chance of using Eli Sirlin’s set-up. 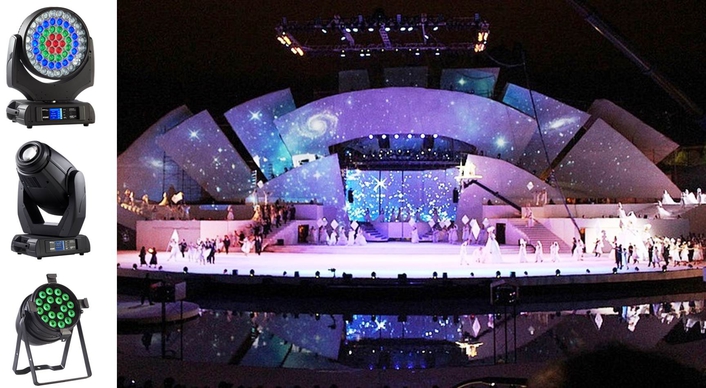 After using all the Robes for their show, Segovia comments, “The Robe’s - especially the MMX Spots – are very high quality luminaires with a great performance”. He liked the MMX gobos and the zoom. “When you use the focus feature it looks just like an LED projector … I’ve never seen this in other devices!” he exclaims.

He was impressed by the power of the LEDWash 1200s and 600s. “The zoom in the LEDWash 1200 LEDWash makes programming much easier when you want to achieve anything from a big wash effect down to a tight but very intense beam”. He also liked the smoothness of the pan/tilt especially on very slow movements.

The first Vendimia celebrations in Mendoza date back to the 17th century, with the first ‘official’ festival organised in 1936. Recently Mendoza’s Vendimia was ranked Number 2 in National Geographic’s Top 10 World Harvest Festivals.

Cirkus Cirkör at Peace with Robe
A Swedish Royal Flush For Robe
Robe Moves With the Rhyth...tival de Salvador, Brazil