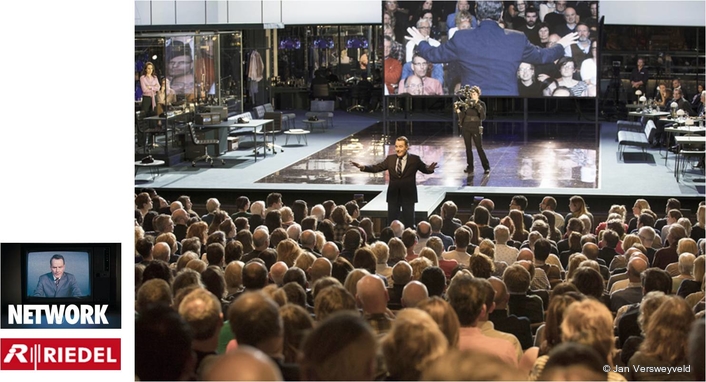 Riedel Communications' MediorNet, Artist, and Bolero are playing major behind-the-scenes technical roles at the National Theatre in London, and Riedel is looking forward to revealing that story in early 2018. But, as the year starts to wind down, the company is pleased to announce that the theatre is using the same Riedel products as stage props in its highly anticipated stage adaptation of the 1976 television news satire "Network."

"Network" is the story of Howard Beale, an out-of-control news anchor played by Bryan Cranston of "Breaking Bad" fame. The movie was widely regarded as ahead of its time in 1976, when it won four Academy Awards. The stage adaptation at the National Theatre, directed by Ivo van Hove, is true to its roots and remains incredibly relevant even 40 years after the movie's premiere. 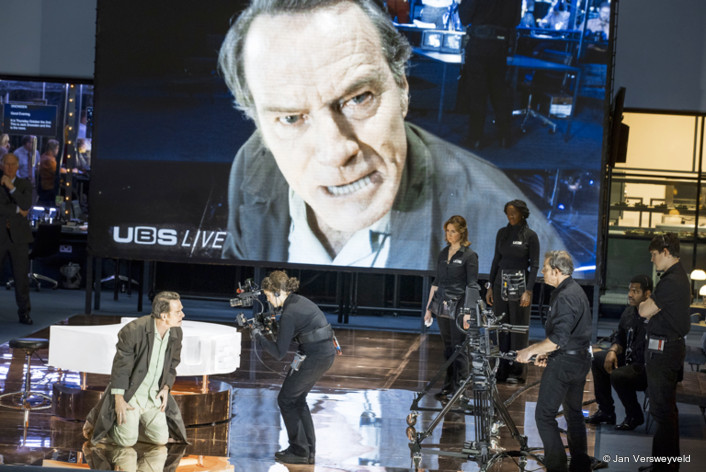 "Since the production is being set in current times, the producers needed to create an authentic studio and newsroom setting," said Ben Tompsett, Rentals Manager U.K., Riedel Communications. "With the National Theatre's recent purchase of Artist digital intercoms and Bolero wireless, the gear is not only providing a state-of-the-art production infrastructure backstage, it's also appearing onstage to create a truly modern and realistic look for the show." 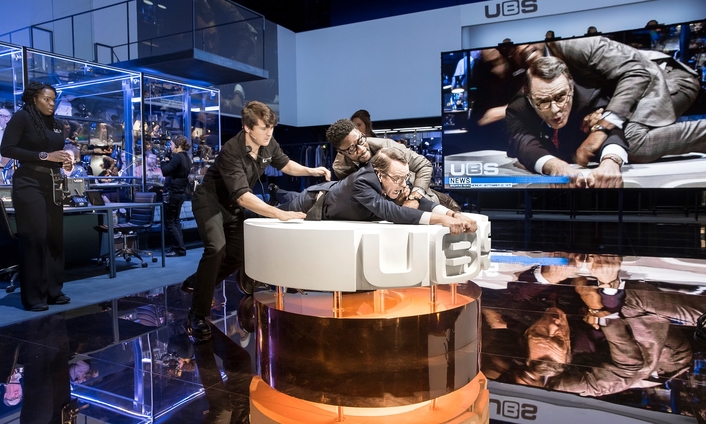 Riedel's Bolero wireless and C3 wired beltpacks are clearly visible in nearly every scene of "Network," worn by onstage camera operators and stage managers. MediorNet MicroN and MicroN MultiViewer units were rented specifically for the production and are being used to provide video feeds for screens that are key components in the production. 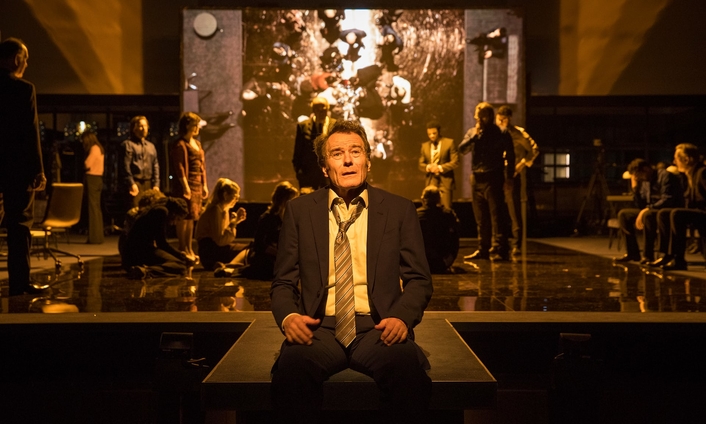 About The National Theatre

About The National Theatre (www.nationaltheatre.org.uk)
At the National Theatre, we make world-class theatre that is entertaining, challenging and inspiring, and we make it for everyone. In 2016-2017, the NT staged 26 productions and gave 2,585 performances at our home on the South Bank. The NT's award-winning programme had a UK paying audience of 1.8 million, 400,000 of which were NT Live audiences.
The work the National Theatre produces appeals to the widest possible audiences with new plays, musicals, re-imagined classics and new work for young audiences. The NT's work is seen in the West End, on tour throughout the UK and internationally, and in collaborations and co-productions with partners across the country. Through NT Live, we broadcast some of the best of British theatre to over 2,000 venues in 60 countries around the world.
Our extensive Learning programme offers talks, events and workshops for people of all ages, and reaches nationwide through programmes such as Connections, our annual festival of new plays for schools and youth theatres. In 2016-2017 there were 196,826 participations through the NT Learning events programme. Over 3,000 schools have signed up to the free streaming service, On Demand. In Schools, since its launch in September 2015.

About Riedel Communications
Riedel Communications designs, manufactures, and distributes pioneering real-time video, audio, data, and communications networks for broadcast, pro audio, event, sports, theater, and security applications. The company also provides rental services for radio and intercom systems, event IT solutions, fiber backbones, and wireless signal transmission systems that scale easily for events of any size, anywhere in the world. Riedel is headquartered in Wuppertal, Germany and employs over 450 people in 19 locations throughout Europe, Australia, Asia, and the Americas.
All trademarks appearing herein are the property of their respective owners.