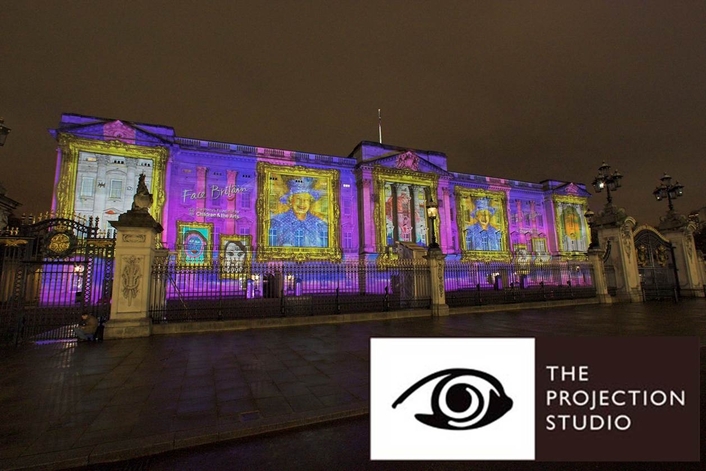 .
London UK based projection artist Ross Ashton of The Projection Studio had his ‘Face Britain’ video projection work onto the front of Buckingham Palace officially confirmed as a Guinness World Record for the ‘most artists working on the same art installation’.

The work – formatted for the wide-screen canvass of Buckingham Palace  - featured 32 animated mosaic portraits of HM The Queen made up form a total of 201,948 self portraits submitted by children from around the UK.

All these portraits have been carefully scrutinised by Guinness World Records and certified as individual artworks.

Ashton designed and created the finished projection portraits working with Moscow-based Boris Glazer, using a bespoke version of his Mazaika software to encode all the photos and compose the 32 images from all the images.

For the show, the component images all ‘flew’ together to make the individual portraits of The Queen, which were based on a template image supplied by Royal photographer, Arthur Edwards 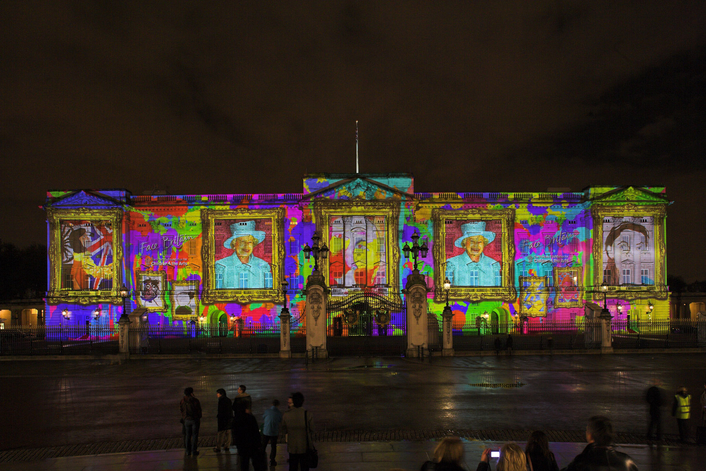 Says Ashton, “Obviously I’m extremely proud of this land-mark achievement. It was a big challenge and a lot of fun working on the project, with an incredible response from children and young people nationwide who really engaged with the concept. It was hugely inspiring to deliver a work based on all their original contributions.”

Children aged 4 – 16 were invited to produce their own self-portraits by Face Britain encompassing all levels of skill and in any medium, including drawing, photography, textiles, painting and graphics.

Ashton worked closely with CT’s Scott Burgess to design the projection system and CT supplied all the hardware for the installation, including the 24 Barco and Panasonic projectors, complete with weatherised hides and crew.

The show ran for three evenings at the end of April and attracted massive public interest.

It was also the first time that video projections have been used on the front of The Palace.