This was the first ever tribute to an Indian composer from the western world, and working with Core Networks & Rapport Global, SOUND.COM were extremely proud to be associated with this distinctive production.

The Orchestra, conducted by Matt Dunkley, performed original scores and film music written by the Indian maestro — accompanied by the choir and soloists from his own KM Music Conservatory in Chennai.

Once again the sound crew relied on their Optocore network to transmit pristine signals. SOUND.COM’s Sunil Karanjikar and Joel Dcruz toured the country with FOH mixing engineer Holger Schwark (on a DiGiCo SD10), playing back to back shows, while SOUND.COM’s MD, Warren Dsouza acted as stand-in systems engineer for the Delhi and Kolkata leg of the tour.

The DD4MR-FX and a DD2FR-FX also simplified a relatively tough job of multi-tracking each concert on two computers (one used as backup), confirmed SOUND.COM head of engineering, Sunil Karanjikar. Both computers used RME MADIface interface units to the multi-track and all inputs on the SD10 were MADI mirrored on the Optocore DD4MR-FX and DD2FR-FX to implement this solution. “This facility allowed us to multi-track a full 56ch system using just one fibre and one coax pair each for the two redundant systems,” stated Sunil. 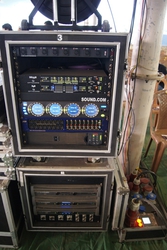 The Bangalore show, where production fielded four main hangs of JBL VerTec, 36 delay clusters of paired VRX932LA boxes and a final row of SRX712M boxes, proved particularly challenging. “This was something of an audio milestone in India — and the fact that it was successfully executed was down to the Optocore node racks and Harman HiQnet System Architect, which managed the Crown I-Tech HD12000 power amplifiers,” said Warren Dsouza.

In Bangalore, the Optocore DD4MR-FX also collected outputs from the SD10 to be routed to four SOUND.COM OptoRacks, with each OptoRack consisting of a DD32R-FX and a X6R-FX 16MI. AES outs from the DD32R-FX fed the Crown ITech HD amplifiers, which were driving the PA and delay clusters, while the LAN and SANE ports were used to transport Ethernet data from the master computer to the Crown ITech HD racks, allowing for full system control (including delay and EQ) for each cluster. Optical isolation allowed SOUND.COM the freedom to use multiple power sources in the venue, keeping cable runs to a minimum.

Warren D’Souza stated that the tour had been executed to the highest level, whileSunil Karanjikar concluded, "The Symphony tour was personally very gratifying as we exploited technology to its maximum potential. This was especially true of the Optocore fibre optics, CAT5, AES and analogue, which handled all the audio transport, and the combination of optical and electrical MADI for the multitrack recording and replay. This was all due to the solid platforms Optocore and RME provided us with.”

Added Holger Schwark, “I think we had five very good shows, all totally different in circumstances, and I am extremely grateful for all the support we received, especially from SOUND.COM’s audio crew.” 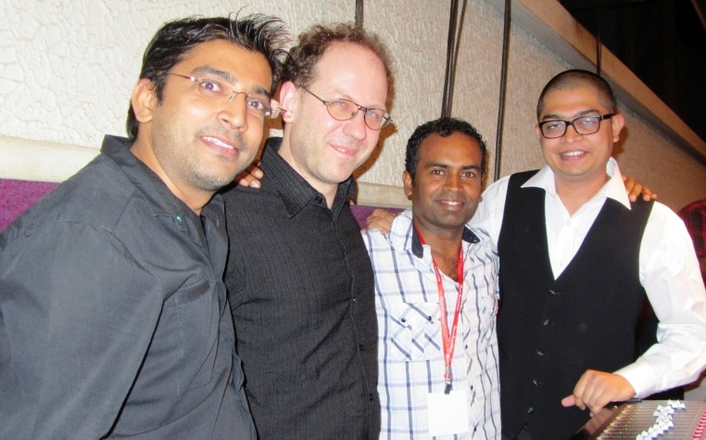 About Optocore
Based in Munich, Germany, Optocore is the world market leading provider of high bandwidth, low latency, resilient, scalable and flexible fibre optic based networks for the transmission of audio, video and data. For 19 years, Optocore has been continuously innovating and setting new standards with regards to digital network technology. Optocore builds and develops synchronous optical fibre and CAT5 based network solutions for broadcast professionals — for fixed installations and live event applications. Utilising leading-edge technology and high-quality components Optocore guarantees durability and therefore long-term market and customer satisfaction. Due to the open system architecture, Optocore’s platform offers other manufacturers the option to transfer conventional standard audio, video and data formats used in the pro audio industry, via an Optocore network. Technical expertise, QoS and an extensive support structure are guaranteed to all customers, together with the highest level of quality controls.