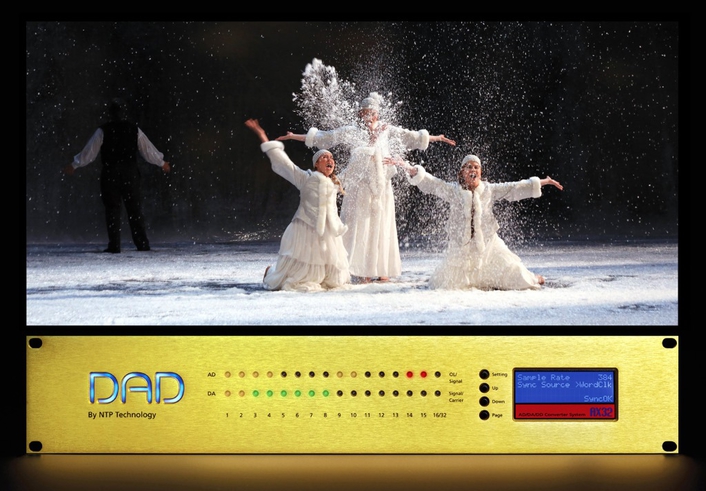 "We needed 16 preamplifiers and converters in addition to our existing 8-channel DAD AX24," explains sound engineer Frank Guinfoleau. "Michel Pierre from DAD’s distributor Areitec supplied the DAD AX32. It is the mobile unit one dreams of having, accommodating up to 32 channels in a 2 U chassis. The new control software was easily installed on my PC and automatically detected both our existing AX24 and the new AX32. We controlled both units from one window with channels 1 to 8 from the AX24 and 9 to 24 from the AX32.

"The AX32 is a fantastic converter. It is silent in both senses of the term and operation is very easy. I think that this unit is even more transparent than the AX24. I find it more natural and I literally forgot all about it during the recording. The phase adjustments were excellent, particularly with the many microphones scattered around the stage. 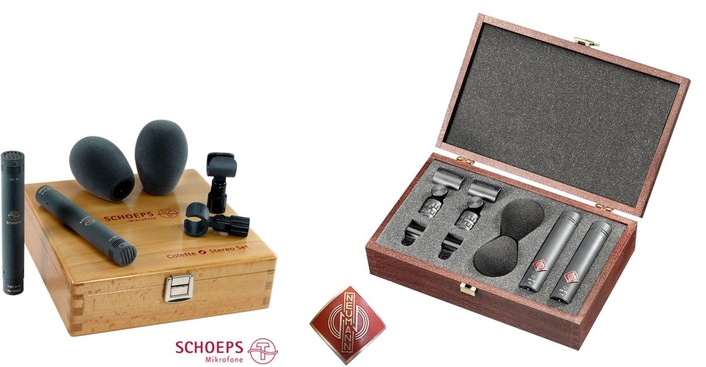 "The team of the Opéra de Dijon are very satisfied with the result and congratulate DAD for this remarkable preamp/converter."

"The AX32 is designed for use in no-compromise audio recording and mixing, post-production, mastering and future-proof archiving," adds NTP Technology Sales Director Mikael Vest. "It delivers even higher sound quality than the established AX24 which is currently the worldwide reference standard. Reception has been fantastic with regards to sonic quality and router functionality, particularly after detailed shootouts with comparable products from other manufacturers.

Key features of the DAD AX34 include greater compactness (up 32 channels in 2U compared with a maximum of 8 channels in a DAD AX24), ultra-flexible system configuration and IP Layer 3 Ethernet-based audio networking powered by Dante (TM). Up to 32 ultra-low-noise microphone preamplifiers can be accommodated into the AX32 and forwarded as full-bandwidth channels to the control room along a single Category 5 cable using IP. This ensures flexible and cost efficient cabling, and the connections can be part of a standard Gigabit Ethernet local area network. The optional microphone preamplifier incorporates analog gain control in 0.5 decibel steps as well as digital gain control with 0.1 decibel precision. Dynamic range of analog to digital and digital to analog conversion is 126 decibels. The preamplifier's equivalent noise floor is -132 decibels.

The AX32 is equipped with AES/EBU and MADI inputs and outputs plus a Dante (TM) interface for use with compatible third-party products as well as audio workstations running on Apple OS X or Windows platforms.

A versatile interface structure allows the analog-to-digital, digital-to-digital and digital-to-analog converters to be assigned to any digital interface, as well as patching between the interfaces on a channel-to-channel basis.

The AX32 retains the flexible control features of the AX24, supplemented by a larger control screen which interacts with four adjacent pushbuttons to allow adjustment of key converter parameters from the front panel. Full remote control can be accomplished using NTP Technology's DADman software or via Ethernet. 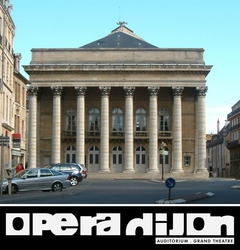 Opéra de Dijon
Inaugurated on June 20, 1998, the Auditorium of Dijon is the result of the collective work of the architectural companies Arquitectonica (Miami) and Bougeault–Walgenwitz (Dijon), assisted by Richard Martinet (Paris). The hall’s acoustics are among the finest in Europe, making it an ideal location for major international orchestras and conductors to work. The modern technical installations make this a state-of-the-art production facility for the lyric arts, theatre and dance, a function that it has adopted in collaboration with the Grand Theatre since the creation of Duo Dijon in 2002.