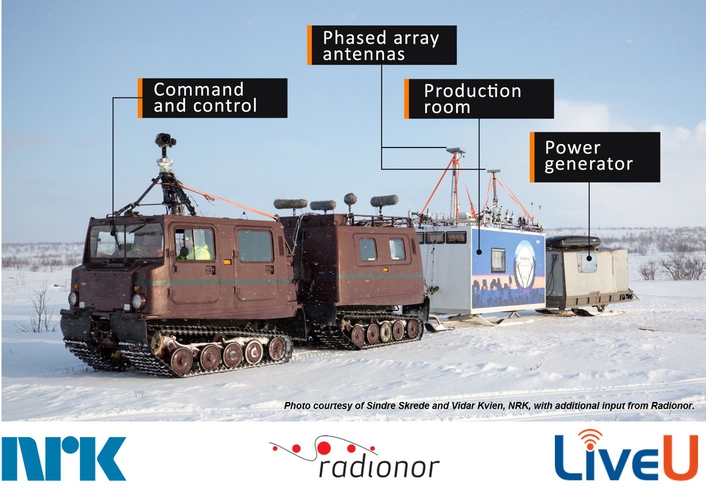 Norway’s public broadcaster NRK selected LiveU and Radionor to provide groundbreaking Slow TV coverage of the annual reindeer migration across the Norwegian wilderness. The combined technologies allowed the broadcaster to create over 150 continuous hours of live programming across broadcast – NRK 2 – and online streaming through the north Norwegian wilderness that meant new technologies and new ways of thinking were required. The LiveU technology was supplied by Mediability.

NRK has been a pioneer of Slow TV, coverage of an ordinary event in its complete length. It says that, “’Slow TV’ gives the viewer a unique experience; the feeling of being present in real time and space. Whether the arena is onboard a train or a boat – or in a venue where knitting needles are clicking away for 24 hours straight, both Norwegian and international viewers are captivated.”

NRK, an existing LiveU customer, wanted to push the Slow TV experience further. To bring the reindeer migration live to viewers, the broadcaster had to work in northern regions, beyond telecommunications infrastructure and beyond any feasible satellite reach. This was compounded by the fact that the migration timing is somewhat unpredictable and the weather equally so. Then there’s the distance – 100kms – that the crew had to travel to stay with the herd.

NRK turned to Radionor and LiveU to provide the solution. Radionor’s technology acts as a complementary communications system where existing telecoms networks are not available. Its microwave-based phased array approach creates a mesh network, meaning the data can flow between all points on the network even as it moves, then out to the wider world using a narrow antenna for long range communication. To film the migration, LiveU’s flagship LU600 portable transmission technology was deployed to capture the footage, managed by LiveU’s Central cloud-based management platform. LiveU’s ability to stream on multiple IP channels was key to the successful use of the kit.

Atle Sægrov, CEO of Radionor, says, “If you compare this to the average live sports event, this lasted over 150 hours continuously. Most events also take place at a pre-defined place and time. With this, things happened when the reindeer chose, we didn’t know the route in detail and we had to re-route and re-plan both the coverage and position of the wireless repeaters a lot. The production was moving around constantly on snow where the production “train” had to move across terrain that wasn’t too steep and the snow not too deep. We sat in a production ‘carriage’ without windows bumping and turning for eight hours straight. Both the technology and crew were amazing!”

A mobile Radionor command and control unit, with antenna attached, towed a production room and power generator across the Artic landscape, moving the mesh network alongside the reindeer and sending the signal back to NRK.

Steinar Bjørlykke, Head of Technology and Development, Central Region, NRK, said, “Slow TV has become quite a phenomenon. While we have broadcast several successful projects, following the Reindeer migration live was a whole new challenge. It was made possible by the innovative technologies behind it from Radionor and LiveU, along with the dedication of the team involved. Without all of that, this would be close to impossible.” 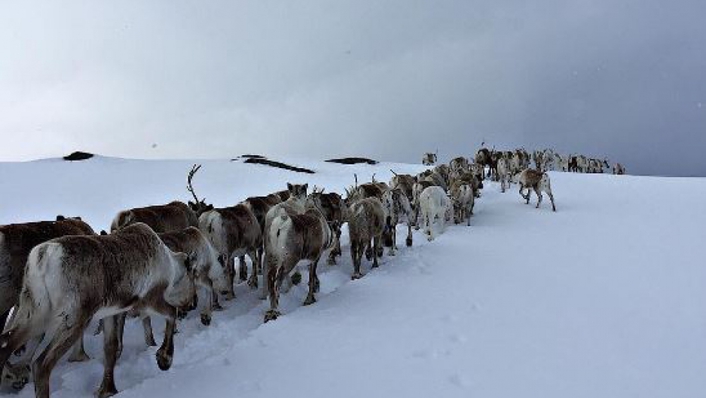 Sægrov says, “We were worried about almost every logistical and technical aspect possible in an extremely challenging and daring expedition into the unknown, but not about the reliability of the LiveU technology. I would use LiveU technology at any location at any time or in any project again. This was a really exciting adventure and one that proves that both our and LiveU’s systems allow new ways of thinking to be acted upon.”

Ronen Artman, VP of Marketing with LiveU, says, “It’s truly special when you see what ground-breaking technologies now allow adventurous broadcasters like NRK to bring to the public. It’s hard to think of much more testing terrain and weather, as well as the unpredictability of the reindeer. This was a truly remarkable achievement by all the companies involved.”