The Magic Flute at Salzburg Festival 2012 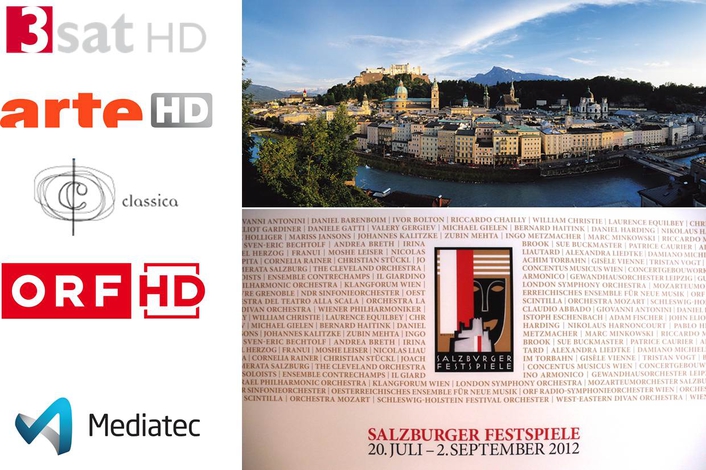 .
The Salzburg Festival was inaugurated on August 22, 1920, when Hugo von Hofmannsthal’s morality play Jedermann was premiered on the Domplatz, directed by Max Reinhardt. Since that time, the Salzburg Festival has established itself as the most important festival for opera, drama and concerts.

Every year, the Salzburg Festival is a fascinating meeting-point for lovers of art. Debate, discussion and discourse take place on a large scale. As Daniel Barenboim said, the discussion focuses on content and not on packaging, and that is remarkable in times like ours. The audience expects enlightenment, enchantment, friction and interpretation, and the dense programme for 2012 fulfils all these expectations.

In addition to the grand opening on 27 July  (20 July - 02 September) ORF has  covered the following events live for 3Sat, Arte, Classica and ORF 2 in HD 1080i and 5.1 surround sound / stereo: on 29 July a concert with the Vienna Philharmonic Orchestra with Valery Gergiev and "Über die Grenze" with the Hagen Quartett, on 1 August the opera La Boheme, on 5 August another concert with the Vienna Philharmonic Orchestra and Mariss Jansons and in the evening "Ariadne auf Naxos". Finally on 6 August "The Magic Flute" was covered in the "Felsenreitschule".

To support ORF's FÜ22 Mediatec's HD1 was on location and responsible for the broadcast of Richard Strauss' "Ariadne auf Naxos" and Mozart's "The Magic Flute". Imre Sereg of Mediatec together with Head of Production Johannes Hoche of ORF was responsible to support the directors (Hannes Rossacher for "Ariadne" and Felix Breisach for "Magic Flute") in the very best way. Both productions were covered with 11 cameras, however the two events were performed in different locations ("Ariadne" at the "Haus für Mozart" and the "Magic Flute" at the "Felsenreitschule"), therefore Mediatec had cabled the two locations and only needed to move the cameras with the pedestals for the various rehearsals and the live transmissions.

A special focus was on "The Magic Flute", presumably Mozart's best-known opera, opened the series of new opera productions of the 2012 Salzburg Festival – and thus, the expectations of Artistic Director Alexander Pereira, who was able to convince Nikolaus Harnoncourt to lead the Mozart production on historic instruments, was demanding: “It is not only a first for Salzburg, but also for Nikolaus Harnoncourt to perform this work in this sound-world in Salzburg, together with Concentus Musicus, bringing his entire life’s experience to bear on this production." 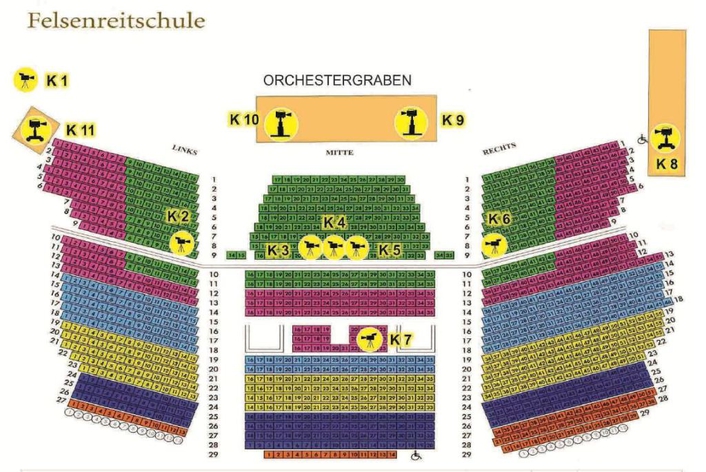 Camera Positions for The Magic Flute

Stage director Jens-Daniel Herzog was responsible for the production, together with his long-time set designing partner Mathis Neidhardt. “In The Magic Flute two worlds clash, two worlds that are also codependent. On the one side: the world of light and rationality – on the other: the world of night, of feelings, of imagination, of dreams. Both embody principles in constant conflict throughout human evolutionary history, and it is still unclear whether there will be a harmonious balance or whether one principle will vanish the other, even at the price of its own destruction. That is the struggle this opera relates, and the story of two couples caught up on the frontline of these principles, who have to prove themselves and find their very own way,” the director explains. 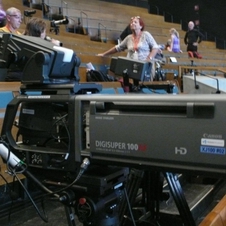 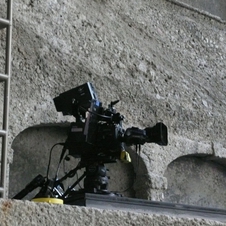 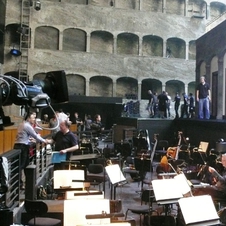 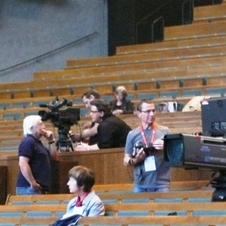 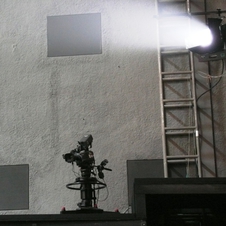 The production team could cope with these high expectations and deliverd stunning images and sound to a European wide TV audience. The 17 solo singers were performing with a combination of DPA 4061 microfones and Sennheiser wireless transmitters while the chorus was coverd with Sennheiser MK41's positioned at the front of the stage. The microphones around the orchestra were from Schoeps and AKG. 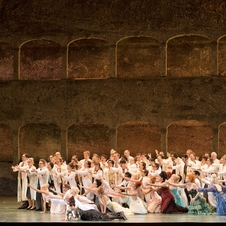 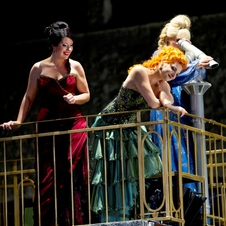 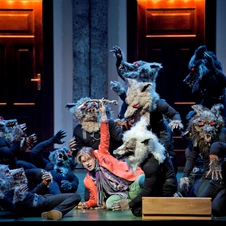 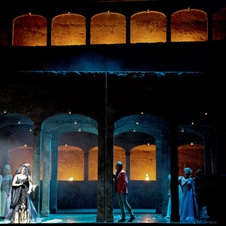 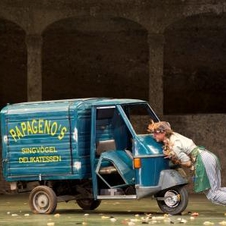 The Mediatec HD1 features LDK-8000 cameras and an Kayak production center from Grass Valley,  a Sirius router from Snell, the VSM contoller from L-S-B, a Lawo mc²66 audio mixer and a Riedel intercom matrix. Special support for this important production was carried out by TVLogic with the supply of a class 1 display for the lighting control, by Alperman und Velte with a TC generator and by L-S-B with and additional display for the VSM controller. 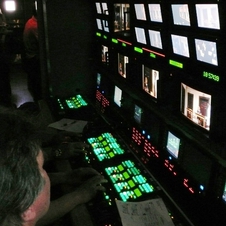 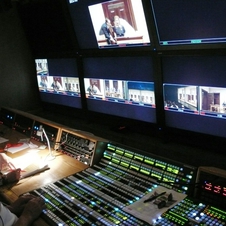 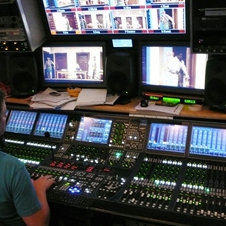 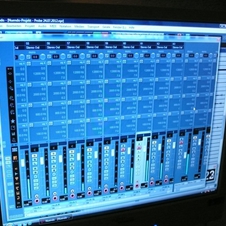 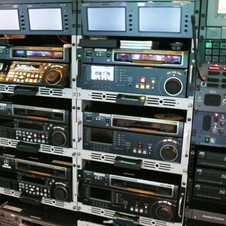