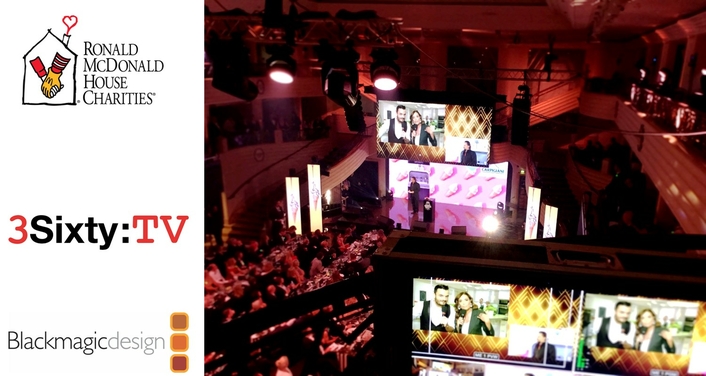 Throughout the world, Ronald McDonald Houses (RMH) can be found within or close to hospitals, allowing parents to stay close to their seriously ill children. Each country within the network has its own calendar of fundraising and awareness for the charity, and in Germany, the flagship event is a gala charity dinner and auction attended by around 500 celebrities, friends, board members and sponsors of RMH.

For the past three years, the event has taken place at Munich’s Hotel Bayerischer Hof and is hosted by popular television presenter, Thomas Gottschalk, together with guest performances from stars including Eurovision winner, Conchita Wurst. 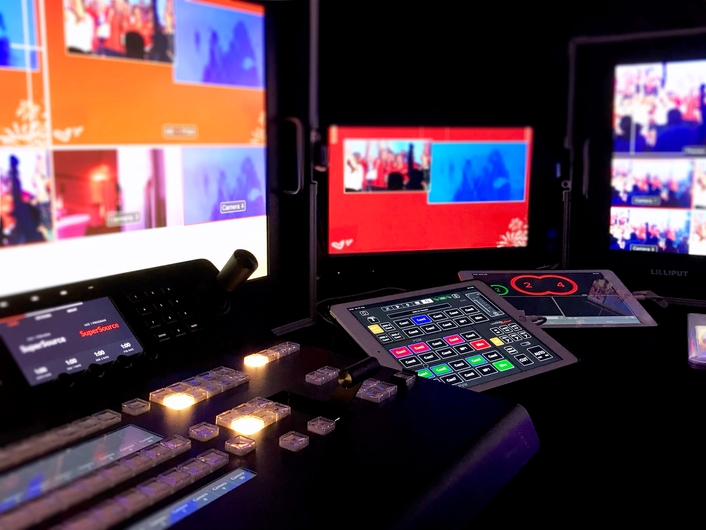 3Sixty-TV GmbH has delivered all video production for the gala event since 2007, with Saskia-Anett Ebert taking responsibility for the live vision mix. “The video requirements for the event has become increasingly creative each year, which means our planning becomes more and more critical,” Saskia-Anett begins. “As well as providing a feed for the LED walls in the auditorium, this year the events team wanted us to provide a live connection to the Ronald McDonald House at Munich’s Heart Centre, so that Thomas could interact with presenters who were live at the centre with families and staff. We also as well as a password secure livestream for all other RHM in Germany, who wanted to watch the event.”

The team decided upon an SRT streaming solution, as this would be a cost-effective way to keep lines permanently active throughout the entire three day rehearsal as well as during the live gala. “The total delay from the venue to the RMH and back was about two seconds, so very similar to a satellite transmission,” explains Saskia-Anett.

Signals from the four cameras located in the venue and two in the Heart Centre RMH were brought into an ATEM Broadcast Studio 4 M/E 4K as well as ISO recorded on a series of HyperDeck Studio Pro. “The low latency was perfect for this dual venue production, and the timecode feature allows true ISO recording, which is incredibly useful for our post-event work,” continues Saskia-Anett.

“For the gala auction, we also relied heavily on the multiple PiP feature, because we wanted to show the auctioneer and the reactions from both the audience in the hall, as well as at the Heart Centre house. We selected a double PiP, which we adjusted in size, and had the event logo running from the ATEM media player as a background.”

Saskia-Anett has also developed a series of apps for the ATEM switcher series under the LiveSkills brand, which she was also able to use within the event’s live workflow. “TouchDirector controls and extends ATEM features, for example you can chain media player content with keys or transitions, or connect HyperDecks as fully automated content players. We developed our apps through our experience of what we as live directors need to be able to react instantly during a production, making it the very best experience for both the production team and the audience watching the content in a venue.”

“The gala is such a prestigious event, months in the planning, so it was imperative that everything worked flawlessly, particularly when we cut live to the Heart Centre,” concludes Saskia-Anett. ““I’ve been working with Blackmagic kit since the first ATEM mixer for all of my live productions, and I trust it completely to deliver fantastic live content, even when faced with tricky multi-location, multi-cam requirements. It was a wonderful way to show the gala attendees what an amazing difference their donations can make and fitted the evening’s atmosphere perfectly.”