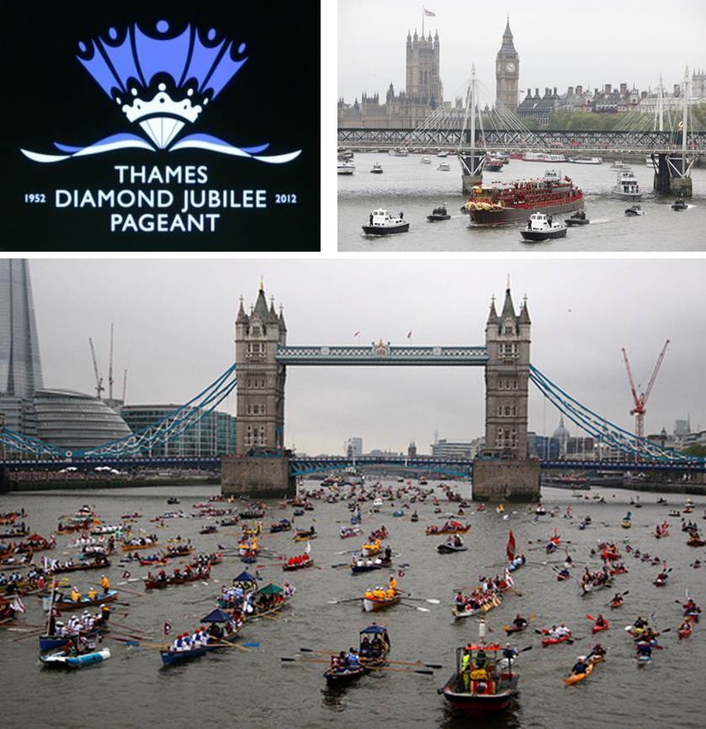 The Diamond Jubilee takes to the Thames later today, and, while it promises to be a soggy affair weather-wise, the production teams up and down the river are ready to go. And it’s only fitting that the OB companies working along the route are a diverse lot, reflecting the diversity of the thousands, if not millions, that will line the bands of the River Thames.

It will take about two hours for the Royal Barge, outfitted with 20 cameras of its own, to sail down the Thames from Battersea to Tower Bridge. Once it passes Tower Bridge, it docks at St. Katherine Docks for another two hours, when more than 1,000 boats in the flotilla will pass and pay respects to Queen Elizabeth as she celebrates the 60th-anniversary of her accession to the throne.

Along the route, more than 90 cameras will be positioned alongside the Thames with 10 OB scanners, each handling nine to 10 cameras for their portion of coverage. Each OB vehicle will mix its portion of the coverage and then pass a signal back to the main production compound near Canada Gate. The 10 scanners will be supplied by Arena, Arqiva, CTV, and NEP Visions. And Aerial Cameras Systems (ACS) are responsible for all of the RF camera systems deployed to cover the event.

NEP Visions HD2 unit will be at the center of the closing portion of the Flotilla coverage.

“RF and communications-wise, there needs to be a handoff to each scanner so the director can know what he is doing in conjunction with the Royal Barge,” explains Brian Clark, NEP Visions’ commercial and technical projects director. JFMG will manage the spectrum as cameras come on and off line while SIS Live will handle transmission and other links.

Coverage of that final two-hour segment of the event will fall on the shoulders of NEP Visions and its HD2 scanner. NEP Visions has deployed more than 20 hardwired cameras and 11 RF cameras located between London Bridge and St. Katherine’s Dock.

Clark says the biggest challenge, besides the technical aspects of the production, will be dealing with any potential issues on Tower Bridge because, once it is opened, it will remain open for two or three hours.

Camera cable runs will go up, across, and down Tower Bridge for Jubilee coverage.

“So we will either have to go over the top of the bridge and down or to one of the other bridges and then come back to Tower Bridge,” he explains. The cameras on Tower Bridge are also hardwired, requiring cable runs to go up the side of the famed towers, across the top, and then down the other tower. Other cameras include two jib cameras, RF cameras on the HMS Belfast, a camera in the center of London Bridge, and more. And in a first, a camera will be located under the bridge so that, as the bridge lifts, it will be able to get close up shots of the Royal Barge.

NEP Visions is also handling the production from the BBC studio that is located at Billingsgate with NEP1. That truck, like all the trucks along the river, is connected via a very long fibre pipe.  The company will also handle the production of the Diamond Jubilee concert on Monday night with OB unit Gemini on duty.