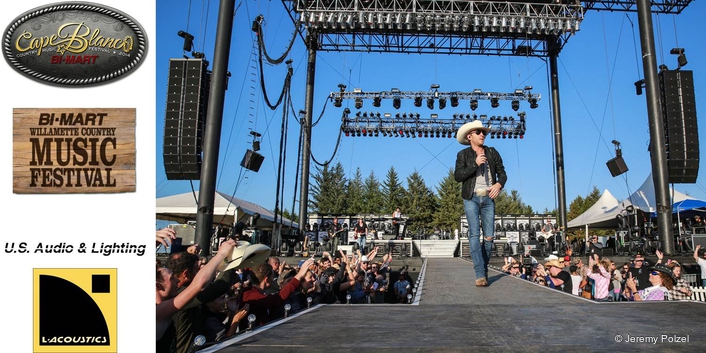 These two festivals represented country music at its best, but what really tied both together – aside from their mutual corporate sponsor – was the sound provided at each site by U.S. Audio & Lighting’s L-ACOUSTICS K2 system. “The music sounded excellent in both places,” says Patrick Coughlin, general manager of U.S. Audio & Lighting North, the Northern California branch of the North Hollywood-based company that has become one of the largest K2 users in the States. 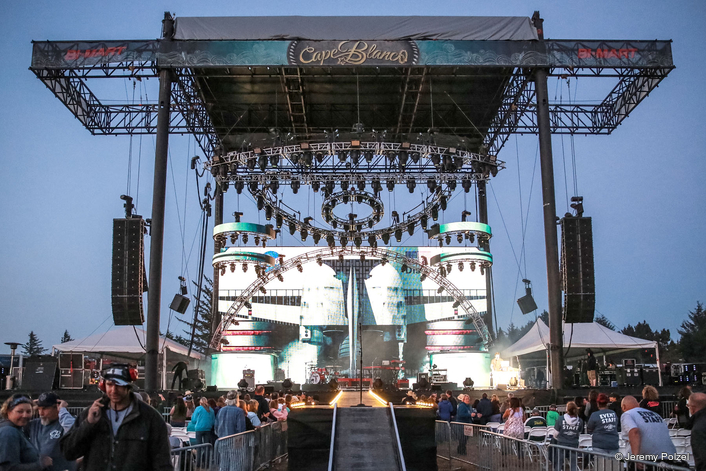 Coughlin is hardly alone in his choice of systems. L-ACOUSTICS is the global leader chosen by six out of the ten world’s top-grossing music festivals.

For the main stage at the Willamette Country Music Festival location, where it has been the SR provider for the last three years, USA&L flew a combined total of 52 K2 enclosures for its main and outfill hangs, anchored by a beefy 32 SB28 ground-stacked subs. A full complement of L-ACOUSTICS gear also blanketed the stage, including 115XT HiQ monitors, flown ARCS II/SB28 sidefills and 108P stage lip fills. For Cape Blanco, 48 K2 belted out the main LR house sound bolstered by 28 boot-shaking SB28, while LA8-equipped LA-RAKs supplied the power and processing for both festivals.

Coughlin says what attracted him to the K2 is the sonic and directional flexibility afforded by its steerable pattern down to 300Hz. “It assures us of even, consistent coverage for the audience,” he explains. “We also like how light the boxes are, which makes transporting and rigging them easier. Plus we like that the 12-inch speaker allows us good control of the low end. It’s just a great package, and we were able to run the entire system wirelessly via LA Network Manager. It’s unbelievable control. I use no outboard EQ at all; all of the EQ is on the network.”

The L-ACOUSTICS K2 systems are expected to get a workout in coming months at U.S. Audio & Lighting North. After being deployed in late August at the First City Festival, the successor to the legendary Monterey Pop Festival, they do a schedule of shows that include Diana Ross at the Santa Barbara Bowl and EDM shows at the Event Center Arena in San Jose, culminating in a rave show on New Year’s Eve at the Oakland Oracle Arena, which will employ 96 K2, 48 SB28, 24 ARCS, and 80 LA8 controllers. 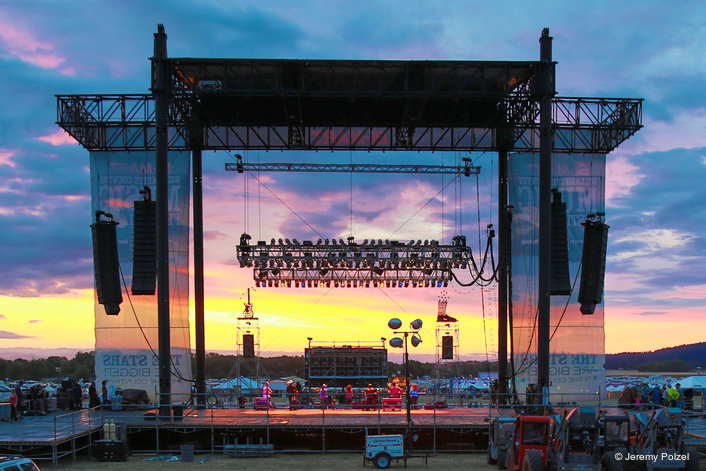 And U.S. Audio & Lighting North and K2 will be back next year for both the BI-MART Willamette Country Music Festival and the Cape Blanco Country Music Festival, as well as a third planned BI-MART-sponsored festival – this one in Idaho at a time and place to be determined. “The K2 is the perfect system for these kinds of shows,” says Coughlin. “It’s easy to move, simple to control and sounds fantastic.”

L-ACOUSTICS K1 Fits the B... im Park and Rock am Ring
Adlib Sounds Out the Giants
SSL LIVE Joins the 2014 W..., Arts and Dance Festival